The View From The Town End

Share All sharing options for: The View From The Town End 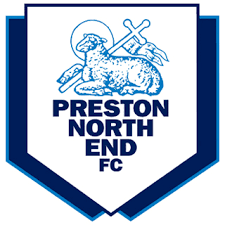 Before each game we'll try to get the view from a fan from the opposition and this week it's Preston who come to the Mad Stad.

Henry Robinson from PNE-Online was good enough to help us out with his thoughts ahead of tonight's game.

How would you describe Preston's season so far?

It's been bitterly disappointing. I don't think, given our lack of resources, that many expected us to challenge for anything more than a mid-table berth but few could have envisaged the capitulation we witnessed time and time again under Ferguson. However, after three consecutive wins, there remains the faintest chinks of light at the end of a very long and very dark tunnel.
Where do you think you'll finish?
I honestly believe we will pull it off. It's not a rational belief in the slightest, it's just pure faith. 21st.
As you mentioned, you parted company with previous boss Darren Ferguson just after Christmas, how has new boss Phil Brown changed things?
The biggest indication of the way Brown has changed things around here is the complete transformation of Darren Carter. A guy who shirked challenges a year ago now can't make enough. As a fan with no inside knowledge, it's hard to say exactly what Brown has done. However, the evidence is there for all to see. We were immense on Saturday (a 2-1 home win over Swansea) and we're gonna gobble you up tonight!
Which North End players should Royals fans watch out for?
Iain Hume and Billy Jones are our men of the moment. I think Ian Harte may struggle to keep Jones on the leash considering his lack of pace these days. It's a shame we don't have a decent right winger as, if we did, I'd fear for your left side. Hume is, on current form, probably the best striker in the Championship and if your centre-halves aren't on their game, he WILL take advantage.

Hume has scored five in his last four games

Who are North End fans worried about from Reading?
From my point of view, it has to be Shane Long. The man is on fire and I seriously doubt whether one of Morgan, Khumalo or Cort can extinguish the threat he provides. However, after a sturdy performance at the back against Swansea, one of the Championship's best attacking teams, our defenders should be confident that they are a match for anyone in this league.

How many fans do you think will make the trip?
Unfortunately, I cannot make it but on the back of three great wins and renewed hope to boot, I can see maybe 800 fellow North Enders making the trip to Berkshire.

Big thanks again to Henry for helping us out and stay tuned for a full match preview later today here on The Tilehurst End.