Share All sharing options for: Reading 2-1 Preston - The Preston View

In the lead up to last night's game we spoke to a Preston fan Henry Robinson, about the game ahead. Sadly Henry couldn't be at the game but Steve Cowell, Preston fan, manager of the fans team and occasional pundit for BBC Local radio was there and he gave us his thoughts on Preston's 2-1 defeat. 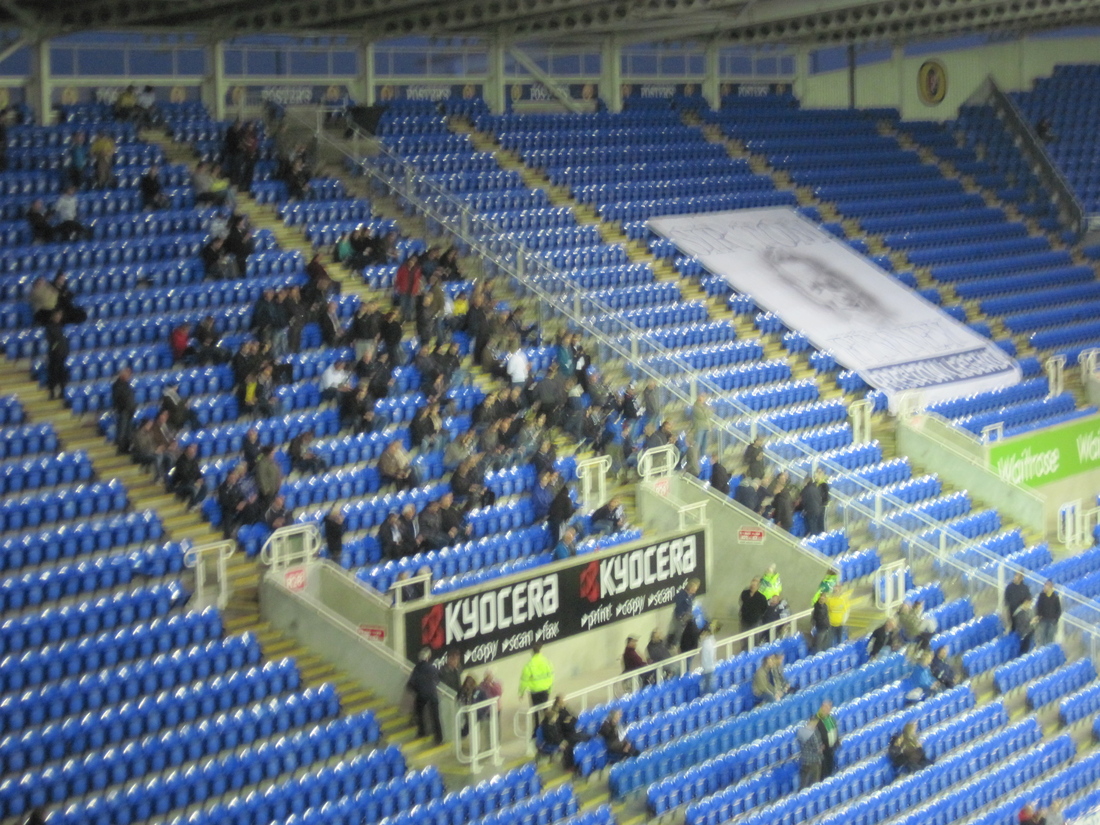 Hello,
Firstly, can I say a big thank you to everybody at Reading for helping us celebrate "our Tom's" , Sir Tom Finney's 89th birthday, by helping us display his flag!  Sir Tom is now in a rest home, but we thought we would do our bit for his birthday by taking with us to Reading a specially made flag to commemorate his 89th birthday. This celebration of the great man's birthday would not have been possible without the help we received from Reading Football Club, respect is yours.
As for game itself, as lucky as our goal may have been, Reading's first goal (which came after a foul should have been given to Preston) was just as lucky. A wicked deflection diverted the cross from Long over the arms of the outstretched PNE keeper onto Jimmy Kebe's head to put you 1-0 to the good.
After that Reading bossed the game, though we came back into it ten minutes before the break. We continued in the same vein at the start of the second half, and grabbed an equalizer. However, once we had scored, Reading got a hold of the game again and kept us pinned back for long periods.
Despite that, I was just beginning to think that Reading had run out of ideas when our keeper and centre-half got in each others way to give Hal Robson-Kanu the simplest of chances to put you 2-1 up. We tried our best to get back into the game in the final ten minutes, but there was no way you were going to conceded again!  2-1 to the Royals, Gutted.
After the game I was making my way back to the media suite, when Brian McDermott got in the lift with me! I thought nice one and was firing questions at him straight away. Firstly I asked him what he thought of Preston. Mr McDermott responded by saying that we were 'organized and hardworking and shouldn't be down there based on that performance' when I asked if our performance surprised him he replied that he knew Preston would make it difficult for his team, but felt that his side had done enough to win.
After that we wished each other the best for the rest of the season; Nice guy.
Summarising I thought that the Madejski Stadium was a nice venue,  the home crowd, when it finally woke up, were good and got behind the team when they needed to. The facilities in the ground are also good as was the media suite, where I was based summarising for BBC Radio Lancashire.
Yes I'm disappointed with the result and it's looking extremely difficult for us to avoid relegation, but my trip was rewarded by the kindness offered to me by the Reading people. Thanks again to the stewards at Reading, the ground's Safety Officer, his assistant. the people in the media department, the media people themselves and finally your manager Brian McDermott who is a very likable person.
Good luck to Reading for the rest of the season
Steve Cowell
Reading FC News 24/7