Share All sharing options for: View From The Town End - Leeds United 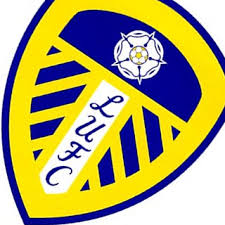 Before each game we’ll try to get the view from a fan of the opposition and tonight we travel to Elland Road to take on Leeds.

Ryan Parish from The Scratching Shed was kind enough to give us his thoughts about tonight's game.

In one word, it would be unpredictable. It's been one massive rollercoaster ride and every game involving Leeds United this season is going to have plenty of goals. It's been enjoyable on the whole but plenty of heartstopping moments along the way and I'm sure there's more to come.

My heart says we'll hold on to the 6th place play-off spot but my head says we'll drop out and finish 7th or 8th. We've been too iconsistent lately and a lot of teams are creeping up on us so a strong end to the season is vital.

The past few years Leeds have always seemed to stumble over the line, why do you think that is, and does it make you any more/less worries about a playoff campaign

I think in previous years there has been so much pressure on us to get promoted. We had to get out of League One and it was a disaster when we got beat in the play-offs. This year, there's not as much pressure as we've just come up but I think there's a certain expectation with Leeds that we belong in the top flight so there's always going to be some pressure there. I'm still worried about the play-offs though, they always worry me!

Which Leeds players should Royals fans watch out for?

Max Gradel, Luciano Becchio, Robert Snodgrass & Jonny Howson. They're involved in every attack and are always capable of goals. Gradel in particular, who has been my player of the season, can cause trouble to any defence. 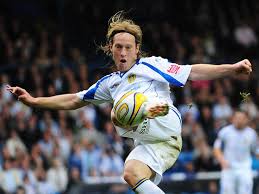 Who are Leeds fans worried about from Reading?

From what I've seen, Jimmy Kebe & Shane Long. Our defence has been suspect all season and they look like they could cause us nightmares. Not to mention Ian Harte who we just know is going to put a free-kick past us. He should get a decent reception from the Leeds fans.

Make as much noise as you can! Due to the acoustics in Elland Road, it's often quite hard to hear the away fans so make yourselves heard and have a safe, enjoyable trip! Oh, the meat and potato pies inside Elland Road are also worth a mention. Spot On!

Ever the optimist, I'm saying 2-1 to Leeds with home advantage. See you in the play-offs hopefully!