Share All sharing options for: Nick Hammond On The Play-Off Final & Brendan Rodgers 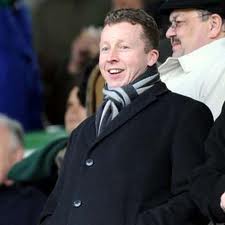 Following Tuesday night’s play-off semi-final win against Cardiff, Reading have rightly been a club in demand with the country’s media.

First-team manager Brian McDermott, chairman John Madejski, Steve Coppell, Graeme Murty and a whole selection of first-team players have all taken turns to try and pinpoint a definitive factor in our success, each attributing something different.

But listening to director of football Nicky Hammond on talkSPORT discussing the club’s philosophy, ethics and desire to function as a cohesive unit made the most sense for me.

Since taking over the role in 2003 Hammond has overseen the most successful period in the club’s history, as well as the gradual growth of our academy and a significant overhaul in the way Reading are considered by outsiders.

“It’s been the cornerstone of what I’ve tried to bring to the club in my own role. The relationship between the senior part of the football club and the academy – there has to be that togetherness.

“If you don’t have that, in our opinion you’ve got no chance of developing players. The young players have to have an affinity with the senior players, they have to aspire to something.

“The people working in the youth department have to understand the pressure that the first-team manager is under on a Saturday.

“A chairman who wants youth players to develop has to recognise that at times performance may be up and down when young players are finding their way but if you’re all together and you’re all singing off the same hymn sheet then you’ve got a chance and that’s been very important for us.

“That will continue, whatever happens. Be it in the Premier League or the Championship our philosophy won’t change the club.”

Hammond also reflected on the irony that Reading’s prize for beating Cardiff should be a play-off final against ex-manager Brendan Rodgers.

Rodgers reign at the Madejski Stadium came to an abrupt end last season following a bad run of form that saw the club languishing in the Championship relegation zone.

But since then he has taken over at Swansea where his and Reading’s stars have risen again almost in parallel, leading to the side’s coming face-to-face at Wembley with a Premier League place at stake.

“It was a blow for all of us. He’s a great guy, Brendan. In fairness whoever came in at that time it was always going to be a very difficult ask.

“Following in the footsteps of Steve Coppell who had become the most successful manager in the club’s history, taking the club to the Premier League for the first time.

“We were into our last season of parachute payments. It was a transitional period we had to cut back in terms of the finance because of the way that we work here.

“A lot of young players were being given their opportunity to make their way in the team so it was a very, very difficult ask for Brendan at that time.

“It was almost something that we had to go through but I’m absolutely delighted for him as I am for Brian and it’s great that in football things can work out for all parties.

“There are some big clubs in the Championship now, there are some clubs working with significantly bigger budgets than both Swansea and Reading so for both clubs it is a major achievement to get to Wembley.”

To listen to the full interview with Nicky Hammond click here: http://bit.ly/jreX0Y