The Pros and Cons Of Promotion

Share All sharing options for: The Pros and Cons Of Promotion 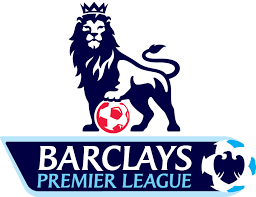 I find myself in a bit of a quandary about next week’s playoff final. On the one hand I’m very excited (who wouldn’t be at seeing their side play their first game at the new Wembley?) but on the other I’ve got another sensation as well. I’ve got this nagging feeling that maybe I don’t really want Reading in the Premiership and that I’m actually quite content with where we are. Perhaps that sounds stupid to many but at the moment I’ve got an angel on one shoulder and a devil on the other. Which one to listen to? Clearly being in the top flight will benefit the club financially but if I’m being completely honest, I’m not sure that really impacts on my match day enjoyment and as a fan, isn’t that the most important part? Well below the jump are what I can see as the pros and cons of promotion and please bear in mind that they are all completely self-centred!

The glory – let’s be honest, this is what it’s all about isn’t it? After years of suffering mockery at work at the hands of ‘fans’ of the big teams you will being able to go in with your head held high. There will be no laughter at your assertion that “Kebe is a class winger” and maybe, just maybe, you’ll get a bit of respect for having stuck with the side. Not just in the workplace, people across the globe will know about the side. When you go abroad and say you’re a Reading fan, the chances of you being met with a blank look (or in my case, fabulously, a look of bemusement and the question “why?”) are less. There can’t be many Reading fans that didn’t feel a little swell of pride at the pictures of tens of thousands of Koreans in their Reading shirts during the Peace Cup in 2007.

Match of the Day – no longer must we stay up until the wee hours to see our goals and listen to Steve Claridge read from his researchers’ notes about how many goals Shane Long’s scored. Instead we get to be last on MotD and have Alan Shearer and Mark Lawrenson repeat glib clichés about our ‘spirit’ and ‘work rate’. However, just to be associated with the most famous music in football will be as much of a thrill as it was four years ago and let’s face it, crap punditry is a certainty whichever league we’re in.

Wins mean more – with the greatest respect to all sides in the Championship, there won’t be many times in years to come that you’ll be able to proudly say “we beat Scunthorpe”. Compare that to the number of times you’ve been able to say to Liverpool fans “didn’t we beat you at the Madejski?” or to Chelsea fans, “pretty sure you couldn’t beat us at Stamford Bridge” over the last few years. Not only that, but with fewer games than in the Championship, wins actually do mean more as you have less opportunities to pick up your points! 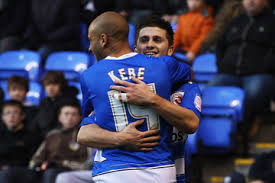 Great players (1) – If we stay in the Championship then we have to be honest; the chances of us keeping hold of our best players are going be limited. If we’d gone up last year then Gylfi wouldn’t be in Germany and of the current crop Long and Kebe will certainly be on the shopping list of many of the teams in the top tier. I love these players and going up could be worth it just to keep them.

Great players (2) – putting our bias aside for a minute. The Premiership has some of the best players in the world, no doubt about it. It may seem odd to say but genuinely one of my personal highlights of our first season after promotion was watching Arsenal beat us 4-0 at the Madejski. The likes of Fabregas, Henry and Rosicky were sensational and it was one of those occasions when you had to sit back and just enjoy some truly world class football. As Reading fans, how often can we honestly say we’ve seen that level of football? 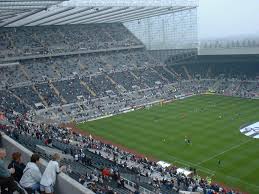 Newcastle away – I’m very biased with this one, on my two trips to Newcastle to see the Royals I have had a fantastic time. The fact that we lost both times didn’t even put a dampener on the trip. On each occasions the Geordies were everything the stereotypes say they should be; friendly, incomprehensible and football mad. On one trip I was chased down the road by a guy who’d been roped into a meal with his better half and had missed the game. At the sight of two people in shirts walking past he’d downed his knife and fork and ran out the restaurant just to find out the score. For anyone that’s not been up, it comes highly recommended and it’ll be the first away game I look for when the fixtures come out.

Ticket value – So you buy your season ticket and the choice is 23 games in the Championship or 19 in the Premier League. It doesn’t take a genius to work out that your hard earned cash goes that little bit further if we don’t go up! Added to that, how much do you really want to pay £40 to go to Fulham? Championship prices are by no means cheap (Ipswich away this year was £31!) but promotion will make travelling to away games all the more expensive.

League Cup – one of the highlights of the summer over the last few years has been waiting to see who we get in the league cup first round. This has led to two great trips away to Torquay and to Dagenham and Redbridge, grounds that I otherwise wouldn’t have gone to as a Reading fan. In the Premiership we’ll have a bye in the first round and probably miss out on the chance to go to another little ground. It could also be the only chance we’ll get of a game with terracing and as the FA cup tie versus Stevenage showed, that is still a big draw for many fans.

Winning –we go to watch Reading to see us win right? If we want to see our side win, surely we need to be playing at a lower level? We had a fantastic first season in the Premiership but we actually won more games last year in an average season. It’s an inevitability of being in a higher league but we won’t see us win as much or score as many as we have this year.

Brighton away – on paper Brighton away should always have been a great trip, what with it being by the seaside and all. The only problem is that no matter how good a day trip you had, it was always going to be ruined by the soul destroying monstrosity that was the Withdean. I felt actual pity for Seagulls fans on my last visit. Those days are behind them though and at the start of the season they will have a really impressive looking new ground that would be a new experience for all Reading fans. Combine it with a trip to the beach and potentially there’s a great day out. Of course all of this is dependent on us being in the same division. 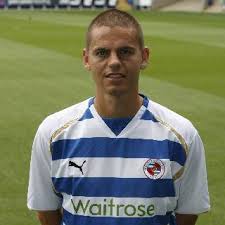 The end of the road – at this point the futures of Ivar Ingimarsson and Brynjar Gunnarsson is unknown. One suspects that it lies away from Reading regardless but promotion would surely seal their fates. I for one will be very sad to see them go and for the first time in nearly a decade, Reading could face the prospect of starting the season with no Icelandic players. Perhaps Eidur Gudjohnsen and Aron Gunnarsson are on the radar, I don’t know but the two Icelanders have remained two of my favourite players over the years. Gunnarsson especially has worked his way into my affections and it will be a sad day when he has to leave.

So there we go. As I see it those are the pros and cons of promotion. I think ultimately I’m going to take the “don’t let the football ruin the day” principle that has stood me in good stead over the years with me to Wembley. If we win I’ll be dancing in the aisles and celebrating long into the night. If we don’t then I can shrug my shoulders and reconcile myself with the fact that life in the Championship isn’t so bad.

What are your thoughts? Any glaring omissions to either list or do you simply disagree? I look forward to reading your comments.