The Play-Offs - You Can Keep Them Thanks

Share All sharing options for: The Play-Offs - You Can Keep Them Thanks 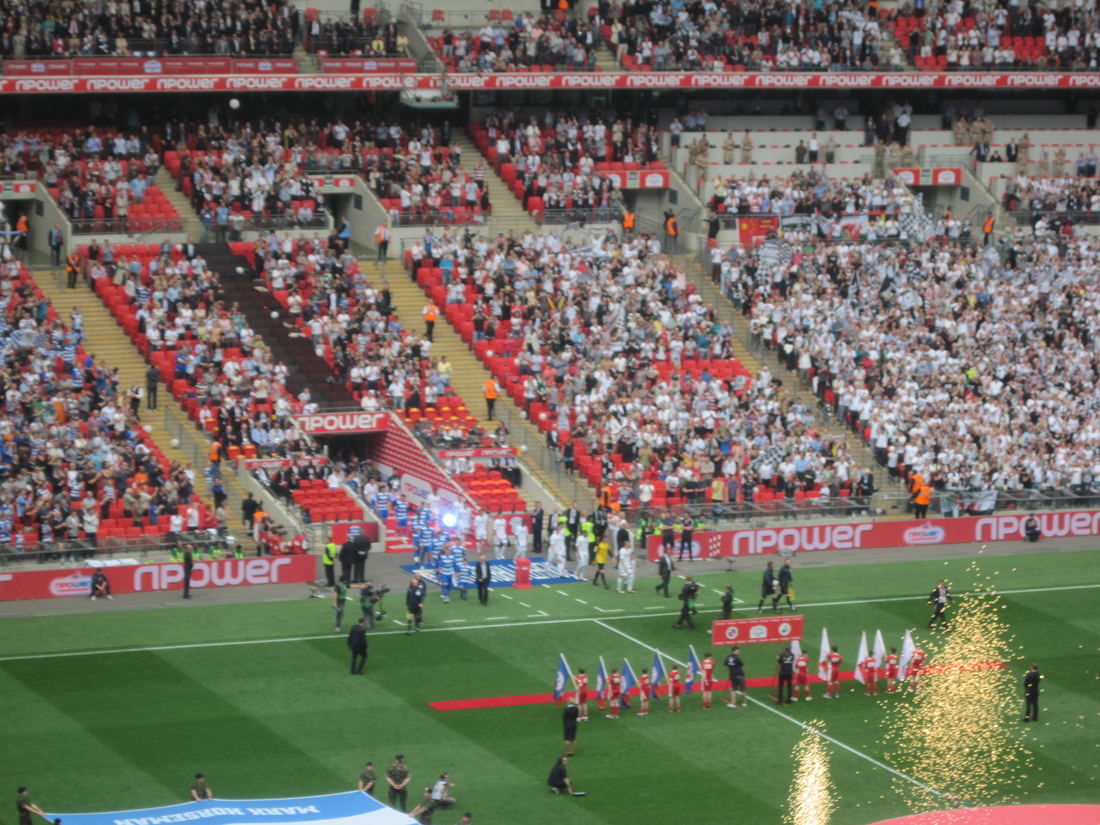 We're always keen to hear from Royals fans on their views and experiences and today we've got a piece written by Mike Alexander on the Play-Off Final experience.

Although I was there in 1995, I was maybe too young to fully comprehend the occasion. My first feeling of complete and utter dejection came at the Millennium Stadium against Walsall in May 2001. I had convinced myself that we were going to get promoted, it was all in our favour after two late goals in the semi-final against Wigan, we had the momentum after all.

What happened that day was an anti-climax that meant that we were condemned to another season in Division 2, as it was then. The pre-match confidence was dispersed in the space of two minutes in extra-time because of some inept defending and Daren Byfield, where is he now anyway?

Coming back from that game, I remember wanting to get out of Wales as soon as possible. The worst part of the journey back was all the Walsall fans in their cars going down the M4, celebrating.

There is nothing worse than watching other teams celebrate, when you see your heroes standing at the bottom of the Wembley steps, you do wonder if it’s because they want to congratulate the opposition or store it as motivation for some other final, what can't kill us can only make us stronger and all that jazz.

Yesterday brought all the memories back. Maybe it was the drizzle in the air before kick-off, maybe it was fate; somehow I knew the writing was on the wall before I got to my seat in block 550. With Reading lucky not to lose a defender and the silly penalty that was given away, the die was being cast. Factor in to the equation sloppy defending for two more goals and the result was the worst possible feeling a football fan could have. I have to admit that being three nil down at half time hurt more than Bolton in ’95 and more than Walsall in ’01. Twenty years of watching Reading and I have only left two games early, yet this was what I was contemplating at the venue of legends, by far the best football stadium I have been in. Far better than the dump that the football league sent us to in 2001. News was getting worse as Jay Tabb, substitute on the day had been sent off for abusing the referee at half time, I had never felt so low in blue and white.

In the cruellest twist of all, Reading pulled two goals back and hit the post, we believed again! It’s as if Brian McDermott had pumped the Journey hit from the ‘80s in the dressing room that the club had embarrassingly forced us to endure before the game. The poor defending continued and we were again brought back down to earth in the form of an Andy Griffin trip and the resulting penalty sucked the fight from the West end of Wembley stadium.

There is not a single place on this planet where losing feels worse than Wembley Stadium. Grief is compounded by 40,000 opposition fans singing with jubilation and all you can do is look on in envy. No place in the Premier League and no place to hide.

Returning to the car all you can talk about is ‘if this’ and ‘if that’, how small decisions from referees change games and how can we recover from this. All you really want to do is go home.

The play-offs, a great invention to bring excitement to the end of the season, but you can keep them. Five times Reading have had the misfortune to finish in this cursed position at the end of the season. Sixty percent success at getting to the final but zero percent success at winning. If we finish in the play-offs next season, can we just give a bye to the team who we play in the semis, I don’t think I could stomach another defeat at Wembley.