Field of dreams? - The story of the playing surface of the Madejski Stadium

Share All sharing options for: Field of dreams? - The story of the playing surface of the Madejski Stadium 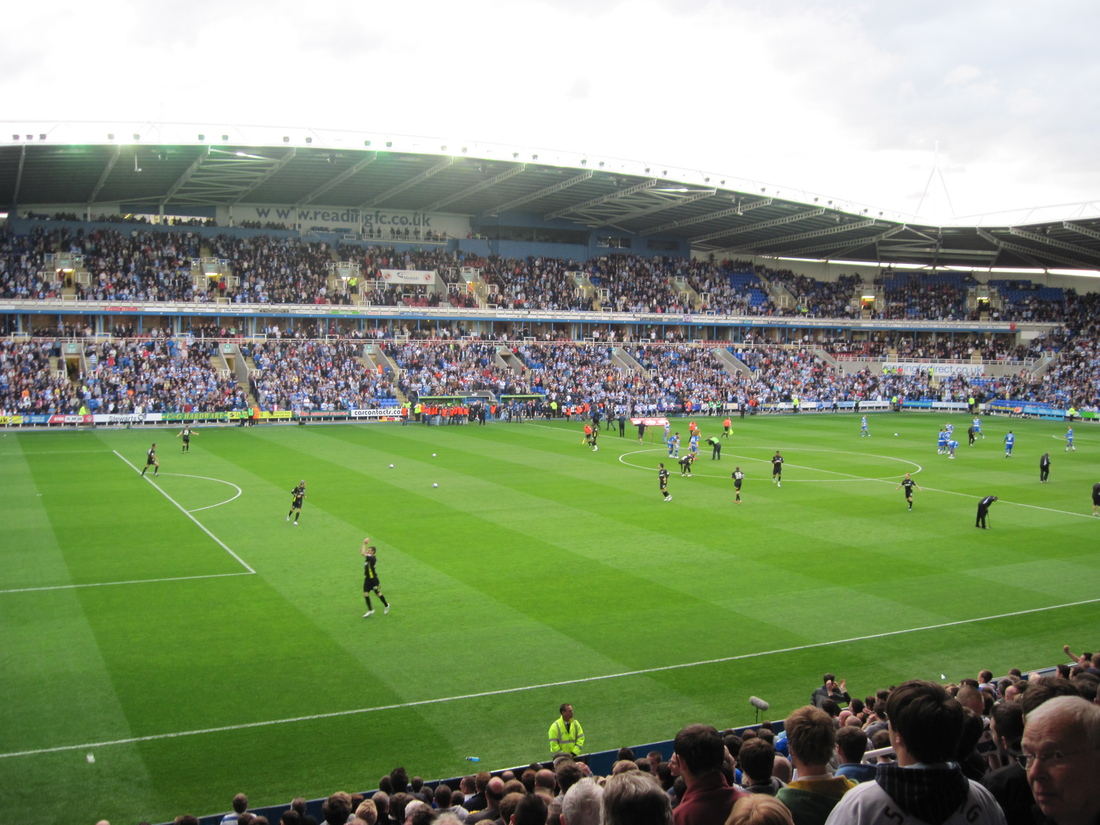 What have Reading, Anderlecht, Arsenal and the Green Bay Packers got in common?

The answer is all of these clubs stadium have a pitch system which is 3% plastic and 97% grass. Reading’s Madejski Stadium was one of the first stadiums in the country to employ this technology that was even used at the world cup last year in South Africa. Below, we'll take a look at the technology and how effective it is, and how it makes a difference to you and me sat in our seats.

The laws of the game say that football can be played on grass or artificial surfaces, this is a relatively recent change to the law that reflects that artificial grass technology has moved on in recent years.  This has meant that clubs have experimented and successfully implemented a range of artificial technologies into football. Reading installed a Desso Grassmaster pitch in 2004 for a reported £750,000.

With a huge initial outlay, you would expect a lot of technology to be involved in your turf. For your £750,000 you get what looks like a normal football pitch but it’s what you don’t see that counts. Starting from the ground up the pitch is constructed on a sand base compost. This is to help with drainage and will complement the under soil heating system.  Above that is the turf layer which is what we see from where we sit. This can either be grown from scratch or if there is a time constraint (for example you have a dodgy existing pitch and you need a replacement extra quick like Wembley did) you can lay pre rolled turf.

Once the turf has established and is flat enough, the artificial turf is injected into the field. On an average football pitch, twenty million artificial blades of grass will be injected to a depth of twenty centimetres by a machine that is a mix between a tractor and sowing machine. What these artificial fibres do is support the growth of the natural grass, ensure that the field stays flat and make the field more durable, meaning that, according to the manufacturer,  the field can play for three times longer than a 100% grass alternative

The field was installed in 2004 after a particularly bad season for pitch wear. London Irish were playing at the Madejski and were getting the blame from most supporters. I certainly remember Steve Coppell complaining about the length of the grass inhibiting Reading’s passing game. On a natural grass pitch supporting both Football and Rugby Union, it is impossible to manage the pitch so that you can keep the grass short for Football on a Saturday, and long grass for Rugby on a Sunday. Fixture congestion resulted in weekend Football-Rugby ‘double headers’ and the pitch got damaged as a result.

How successful the system has been is open to interpretation. The field still suffers from rough areas particularly in the goal areas and down the touchlines where the assistant referees run. These are high areas of wear and will always take a fair amount of punishment. Many premier league clubs have adopted a grass playing area and everything outside is artificial to stop the ugly looking wear areas caused by assistant referees. That is unlikely to happen at Reading because of the likelihood of Rugby players to slide off of the pitch and hurt themselves on the artificial turf.

Where the Desso system has worked however is the field is always flat. I have been fortunate to walk about on the surface a few times and what strikes me is the consistency of the playing surface. Even bare areas are always flat as a pancake and the surface never seems to have any ruts. Based on this I would also conclude that the system is very durable due to the amount of games played on it. When you consider that in the 2006/07 season,  all of our home fixtures, all the reserve fixtures and the London Irish fixtures were played on the pitch. Whilst showing visible signs of wear, there was never any suggestion that the field was not playing well for any sport. The problem the pitch suffered during that year was drainage, which I will cover next.

I said earlier that the pitch cost £750,000 but unfortunately this figure has to be doubled because in 2007 the field needed relaying. Due to drainage issues at the Madejski Stadium, the pitch was ruined and needed replacing.This means (if the evening post’s costs for the pitch are correct) Reading have paid £1.5 million on installing football pitches at the Madejski Stadium since 2004. When you factor in £65,000 a year for maintenance of the pitch (two full time ground staff and a modest budget), this means that the total spend on the pitch since 2004 is about £2 million. The figures will not be completely accurate, but it does however demonstrate some of the huge overheads involved in running the Madejski Stadium.

I will leave the question of whether this is value for money to you to decide for yourself. All I will say is look at the condition of the pitch at Elm Park back then to the Madejski Stadium now.

As a footnote, the current work at the Madejski is reseeding, not relaying the artificial fibres.