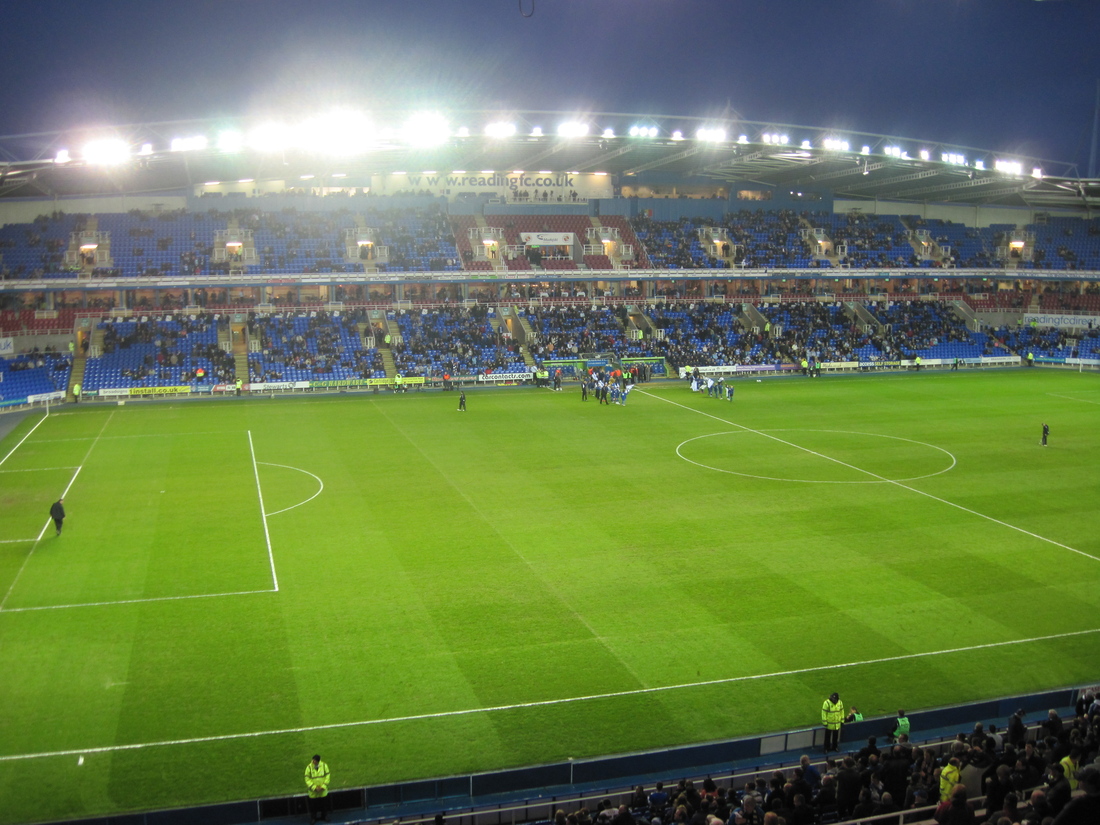 Last Friday saw the unofficial start of the 2011/12 season with the publication of the fixtures for the new season. We now know where we'll be spending our Christmas and New Year, where we'll be wearing short sleeves in August and April, the games we might miss for that family wedding or music festival and our bosses will no doubt be puzzled at why we're taking that random day in February off....

But how much does the fixture list impact on our actual performance? is there any aspect of this year's schedule that could have a positive or negative impact on our prospects?

Below the jump I'll break down next seasons dates and see what could play into our hands, or cost us dearly in the 9 months to come.

So where do we start? well we might as well look at our opening game of the season against Millwall at the Madejski Stadium and this will be the fifth time we've had a home game to start a second tier campaign since promotion in 2002. In the previous four games we've only won once, a 3-2 home win over Brighton on the opening day of the 2004/05 season.  The last two years we've had home openers and drew 0-0 with Nottingham Forest in 2009 before getting beat 2-1 by Scunthorpe last season. If you take into account our away openers we've had a pretty miserable opening day record, with the Brighton game the only win to go alongside three defeats and three draws.

However it might well be worth us losing to Millwall because historically the three times we've lost home openers (2002/03, 05/06 and 10/11) we've finished fifth or higher!

Of course it's always nice to get off to a good start and get as many points on the board as early as possible, but how important are the few games in determining how we finish?

Our first eight games next year will see us play Millwall (H), Leicester (A), Portsmouth (A), Barnsley (H), Hull (A), Watford (H), Doncaster (H), Coventry (A) all teams that finished below us last season and all games that we'll be looking to get points against if we have any serious hopes of automatic promotion.

Since 2002/03 here are our points tallys from the first eight and our eventual league finish.

Ironically, two of our best 4 starts have seen us miss out on the play-offs  while two of our weakest 3 have seen us make the promotion lottery.  It's not surprising however that our best start coincides with our highest finish, with the 2005/06 side winning 5 of their first 8 games and only got stronger after that.

Sprint To The Finish?

What about our run in though?  Reading are currently slated to play Blackpool (H), West Ham (A), Leeds (H), Brighton (A), Southampton (A), Forest (H), Palace (H) and Birmingham (A). On paper that's going to be a tough task, with all three relegated sides, the two automatic promotees and a play-off semi-finalist all coming at the end of a long season.

Again our 106 points Championship winning side features highly in the list of strong finishers, but really we've not had the best record at finishing a season strongly.  In 4 of those 7 seasons we've taken around 50% or less of the available points, and those finishes helped contribute to the team missing out on the play-offs. 2008/09 was our worst finish and the 14 points we dropped were key as Steve Coppell's team failed to gain automatic promotion.

If anything those stats prove that it really is about putting together solid form over 46 games, rather than worrying about any one stretch. We've recovered from bad starts and tumbled from good ones, made great late charges and slowly slipped away, so lets not get too carried away at any point this year!

We've actually managed to do pretty well this year, with only the Burnley game after the October Internationals potentially causing any major issues.

The biggest blow would be if Manset went to the African Cup of Nations in January with the Ivory Coast, although his selection at the moment seems unlikely. Jimmy Kebe could also go with Mali, though he's been out of favour in recent months.

Reading fans won't be travelling quite as far next season, the various ups and downs mean that we'll have 645 fewer miles to go next season.

The departure of Sheffield United, Preston and Scunthorpe to League One takes away three of the biggest trips, replaced by Brighton, Southampton and Peterborough, all of which are closer.  West Ham, Blackpool and Birmingham have come down, which will be roughly neutral to the teams that went up, Swansea, Norwich and QPR.

Here's a quick list of travelling distances (round trips) to each ground this year from shortest to longest, those in bold will be midweek games

Gone (but not forgotten)

So a fair way for Royals fans to travel next season,  though it's nice to have 5 trips of around 100 miles or less with another 4 under 200.  The midweek trips to the Midlands for the Forest and Derby games will be the only ones that are real pains, both coming in midweek but getting Brighton away on Easter Monday should be a lot of fun.

Anyway that's a little rundown of some of the facts and figures ahead of the new season, let us know your thoughts in the comments section below!