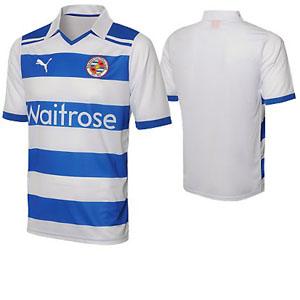 So the club's 2011/12 home shirt has seemingly been leaked online thanks to an error from an online retailer. While the club haven't confirmed this as being next season's home strip it certainly matches up to the 'teasers' they've had on the OS.

This will be the club's fourth straight season of releasing a brand new home kit and it seems the days of a home shirt every 2 years are now very much a thing of the past. Personally I'm always happy waiting until the end of the campaign and picking up a shirt for £10 but I can imagine it's frustrating for families who have to continually buy the latest strips to keep kids happy. Then again this is the reality of the footballing world we live in now so I'm not going to launch into a rant about such things....

Instead I thought I'd look back at a few of the hits and misses over the past few seasons and I would love to hear your views on favourites and horror shows!

****Edit : The club have just released details of the home, away and goalkeepers shirts on their Facebook Page, check them out, have to say I'm a fan of the away kit.

I'll start by limiting this to the shirts I've seen us play in, so that's the 94/95 season onwards. Feel free to put forward pre 94 kits though!

For a full look through the year's check out this most awesome web resource for historical football kits. 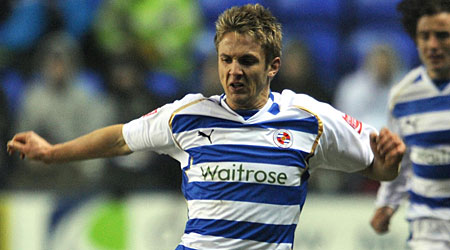 This shirt was simple and was closer to the Royals kits of the mid nineties then anything in recent years. I'm a big fan of more white then blue on our home shirts and the predominantly white shirt coupled with white shorts looked good. The team who wore the kit were pretty decent, finishing fourth under Steve Coppell but sadly the last images of Reading wearing that shirt are of players trudging off the pitch having been beaten by Burnley in the play-offs. 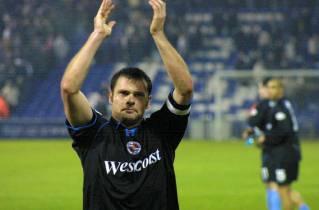 In terms of away kits I think we've had a good few decent ones over the years. I was tempted to go with the red away kit from the 1994/95 season, or even the white one from two years ago but this one just takes it from me. It conjures up good memories of wins at Sheffield United and of a classic Reading team beginning to take shape. Again the kit was simple, easy to recognise and looked sharp. 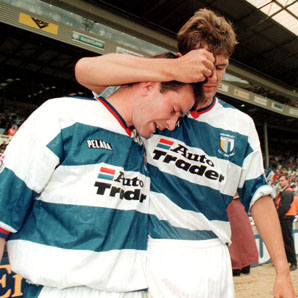 It's a shame that this is the best photo I can find of this kit but then again it's probably the game I most associate with it. The fact we lost at Wembley wearing it doesn't take away the good memories I have of this shirt, which was the first one I ever saw us wear and the first I ever owned, as a birthday present when I was 9. I've still got that shirt somewhere and to me no Reading kit will ever be as special as this one. 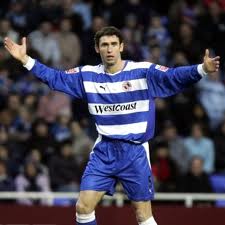 As good as the away kit was that season, the home kit from 2004/05 just never sat well with me. It had so much blue and just seemed dull. 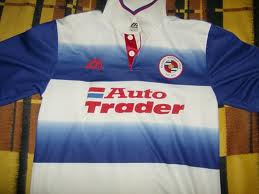 A new kit for a new era at the Madejski Stadium but this one just seemed odd. From the button up collar to the faded hoops and dark blue sleeves this one just looked horrendous. 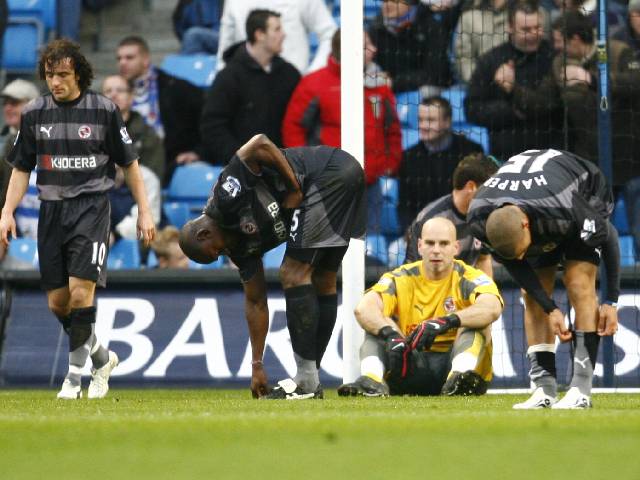 Eugh, does this kit need much of a write up? It was dour it was dull and we got relegated the one season we wore it.

So that's my two pennies worth but what do you think? Here's a few of the responses we've had on Twitter when we asked you what was your favourite.....

Fenchez: its got to be the 93/94 away yellow & blue hoops! Absolute classic

BrianDavisRFC: 98/99 Away, Red with Yellow sides was my favourite of all time. Also loved the Sky Blue Away/3rd shirt. No real fav home.

Craigo1871: lasts season's home kit and not really got a fav away one, hopefully next season's.

AliceAndAndy: Best @ReadingFC home kit? Anything with actual hoops rather than horizontal stripes!

So let us know your best and worst, either in the comments section below, or to our twitter account @thetilehurstend.
Reading FC News 24/7