Share All sharing options for: Longing For More - July 6th, 2011 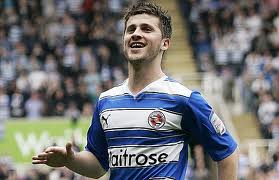 Something sits rather unhealthily when Sky Sports News teased with the prospect that Reading values the half-season-wonder striker Shane Long at £10 million buckaroos. The leading men at Reading will fall over in sheer excitement and probably in a mental breakdown over astonishment caused if the Royals get an astounding eight-figure sum for a striker who was picked up for £30,000. The transfer market is frankly becoming rather ridiculous.

This teasing agonisingly continued with suggestions of four potential suitors are after the Irishman and suggestions that Liverpool’s fall of grace may succumb them to part with £10 million for a man who was booed regularly by the home faithful at the beginning of last season.

Long’s tepid goalscoring record rightly came under scrutiny during a barren spell from supporters, even though the fundamental techniques were there to make a solid, if not spectacular, Championship talisman, the Premier League may be a step too far.

His performances as a collective have not warranted such an elated figure he’s been given by a sanguine board, but suppose Reading get anywhere that figure they should be lauded as heroes and be given the freedom of the town.

It is easy to presume that Long, along with Matt Mills, will probably be sold as the club looks to balance books and make an operating profit but it’s baffling to understand why the figure quoted is so high. Reading cannot afford to allow £5 million worth of assets to leave for a Bosman next summer, and this high-strung approach may damper many interested parties.

However, as the board has seen, the transfer market is now seemingly losing all sense of reality. Liverpool’s acquisition of Jordan Henderson at a staggering £16 million (depending on what publication you read) shows that the 5-time European Championship are clearly disillusioned when it comes to valuing potential targets and potentially, their vision of seeing Long as ‘one for the future’ leaves a lot to the imagination. Supposedly, there is now space in their squad for a relevantly average forward with the departure of David Ngog and Reading will be hoping to take full advantage with a high-risk strategy.

Fortunately, the Reading board are now proving a harder bargain, even with Madejski’s eagerness to sell. They were at fault for allowing players like Darius Henderson, Simon Cox, Nathan Tyson and James Henry to depart so cheaply for their new clubs to make considerably more money on their investment, whilst Reading missed the bigger windfall. But this rigour may ultimately be their downfall.

Top-flight sides would hope to capture Long on the cheap, especially after Reading practically gave Kevin Doyle and Glyfi Sigurdsson away in the current transfer market, both of which are considerably better players than Long. Nevertheless, if Henderson is currently worth £16 million, then Sigurdsson is surely worth somewhere near £35 million and youngster Jem Karacan should be able to fetch at least £15 million. Doyle has been linked to Arsenal for £12 million in the tabloids only recently.

Long is worth, at most, £5 million after the season he had, Reading could luckily scrapper £7 million if clubs become desperate when the end of the transfer window closes in, or potentially £8 million if Wolves come in; they seem to have a disturbing fetish with Reading players. Needless to say, the profit won’t necessarily be injected back in to the team as it’s important to stabilise the club as the thoughts of the dramas clubs like Southampton and Leeds went through gives me cold sweats and not the good kind.

Therefore it’s good that the board are standing firm but they cannot become unrealistic as when the big guys come knocking, there will be going one winner. If Long is to go, the quicker, the better. With the saga dragging on, Reading are missing out on targets and they don’t want another Grzegorz Rasiak or Shaun Goater to lead the front line, do they?