The End of Friendlies As We Knew Them?

Share All sharing options for: The End of Friendlies As We Knew Them? 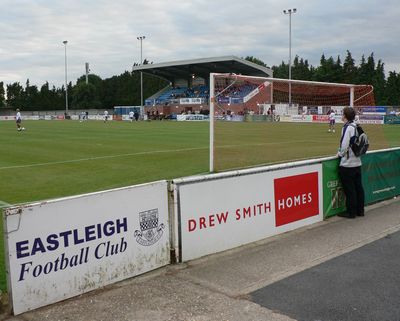 With Reading's first friendly a matter of days away, it's always a great chance to see how the squad is shaping up for the season ahead (and of course, pass the hours slightly faster until we kick off for real on August 6th). But somehow, pre-season seems to have lost some of the magical aura it used to command...

As a kid, my dad and I used to try and make it to as many friendlies as possible, home or away. It was a great day out – good atmosphere, opportunity to see the whole squad get a run-out, and of course a chance visit those places we wouldn’t get to experience in the league that season. Falling in the summer, it also meant that you could make the trip into a weekend stay, taking in the sights of the town, heading to the game, then coasting back at your leisure. One in particular stands out to me – in 2000, at Torquay, 9 years old, at one of Martin Allen’s first games as assistant to Pards. I was watching the game from the front row of the stand when he spotted me and asked if I wanted to join him in the dugout. Two minutes later, I was sitting on the bench next to my heroes, experiencing the match from a once-in-a-lifetime perspective, just as the players and manager do for 50 games a season. I’m sure half of it was "Mad Dog" living up to his name, but it ensured the team’s place in my heart for the rest of my life – I’ll never get another opportunity like that again.

Of course, the other thrill was finding out which Premier League side we would get to the Mad Stad to test our mettle against before kicking off the season. In 2005, we battled away against Tottenham, going down 2-0 (hitting the post twice and having a goal ruled out for offside in the process). 2009 instead saw us go 2-0 up against another quality top flight side - Chelsea making the short trip down the M4 - before conceding twice in the last few minutes to draw 2-2. 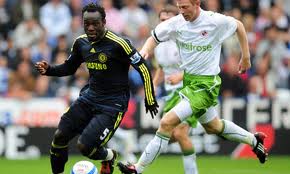 But the last two seasons have (relatively) disappointed with these “showpiece” games. 2010 served up a midweek clash with Wolves which the Royals won 2-1 – but only 6,628 turned up for the match. This year, there’s no home friendly at all; instead, you’ll have to travel to Swindon, Bristol Rovers or Northampton Town (the first two relegated from League One last season, the latter finishing midtable in League Two) to catch a glimpse of the Royals before the home opener against Millwall. The club have admitted that due to our involvement in the play-off final it was more difficult to arrange a last-minute Premier League friendly, but to not have any home match before the 6th of August seems a shame to me. I also think that a test against a good League One opponent would also have been beneficial – whilst traditionally you don’t play against teams from the same league, sides from one division lower, especially those likely to challenge for promotion this time around, would surely pose a test most akin to that we’re going to face this year.

Reading have also announced two sets of friendlies to be played by two separate sides – the first-teamers will head out to Slovenia as has happened the previous few years, whilst the reserves/youth team will travel to non-league grounds in order to get their match practice. I guess it’s just a sign of the times that the club can afford to ship their better players out to Europe to test themselves away from the distractions of England, but again it’s a move which distances the first-team squad from the casual fan, unless you fancy shelling out for flights and hotels to see matches which are still to be confirmed officially. And the fact that these players will be hundreds of miles away means that only the most hardcore Royals fans will want to see the youth team take on Swindon Supermarine on a Tuesday night. On another note, it’s interesting to see that we’re facing Eastleigh and Swindon Town this pre-season, two clubs from whom we bought players in January (Brett Williams and Sean Morrison respectively), and I’d be confident in saying these two were contractual. So whilst these two aren't friendlies I'm disappointed we've booked - far from it, a short trip to Swindon should be well within most fans' sights - there is more than just match practice now tied up in these games.

I suppose it’s a sign of Reading’s success in the past few years that I can write a blog post complaining about matches before the season has even started! For me though, the magic does seem to have been taken out of pre-season in the past few years. In previous campaigns, the final home friendly (and the matches beforehand) would be the chance to see the team in action preparing for the new season, catch a glimpse of those new players brought in to – hopefully - bring promotion, and of course marvel at the players from the league we compete to play in each season. The lack of this spectacle in 2011 takes away a valuable part of traditional pre-season preparation. It also potentially reduces the number of “casual” fans – watch Reading put in a decent performance against (to pick reasonably realistic Premier opposition) Fulham or Aston Villa, and a parent may be tempted to bring the kids along again next week when the support really matters at home to Millwall. But the calibre of the squad and the opposition these days requires that the pre-season is focussed more on the squad and less on the fan. Every pre-season now is geared towards ensuring that we face not one but nineteen Premier League sides at the Madejski each year.