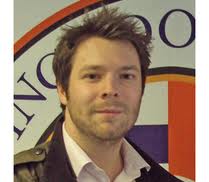 I'm sure I'm not alone in thinking that having the chance to cover the Royals for a living sounds like an amazing job and one many of us would love to do, but what are the demands of such a job and is it all it's cracked up to be?

Well a couple of weeks ago Get Reading's Reading reporter Jonny Fordham was kind enough to sit down with us and share some of his experiences and gives us a bit of insight into what covering the Royals is really like.

Jonny, thanks for talking with us, first of all, what was your first Reading game?

The first I remember going to was against Southampton in the FA Cup around 1997, but I had been quite a few times before that game. Reading's my home, but I was born in Newmarket where I lived for some time.

I used to go with my older brother, so I paid my dues getting crushed on the South Bank and ending up being involved in a few pitch invasions!

How did you get into sports journalism and how did you end up in your current job?

At school I did work experience at the Henley Standard and I also did English at A-Level while playing a lot of sport so that led me into wanting to write about it. I always knew it would be a long way to get to where I wanted to go. I went to Loughborough and worked on the student paper there, but still needed to get some professional qualifications under my belt.

After I graduated I went on to do what is called a NCTJ course at Sportsbeat in Wimbledon and during that time I worked on the Post every Friday before landing a job full-time covering crime when I became qualified. Then a couple of years ago when Nick Ive left I was given the job of covering Reading.

When I was training I also worked for the Non-League Paper, where the first game I reported on was Maidenhead United against Fisher Athletic. 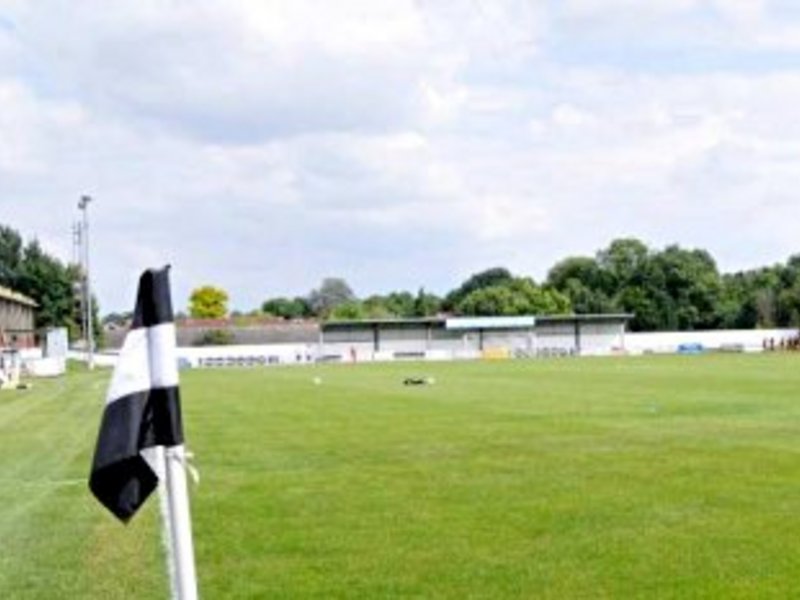 My first game was covering Maidenhead against Fisher

Your first Reading manager was Brendan Rodgers, who would last just six months, what did you make of the Rodgers era?

Brendan was a nice guy and we got on well, so it was a shame to see what happened. He admitted himself that he'd been a bit naïve coming in with a 3 year contract and expecting to be given 3 years to make his mark. Succeeding Steve Coppell was always going to be a tough act as well.

For me it was a bit of a baptism of fire on the job, covering a sacking within my first six months on the job.

What about Brian McDermott?

Brian is a top man and I don't think there is an easier manager to work with in the Championship. He understands that we've got a job to do so won't hold anything against you if you ask him tough questions.

I've been lucky to have such close access to the squad for two pre-season tours to Slovenia. Even if I do keep on getting stick from him when it comes to getting a round in! 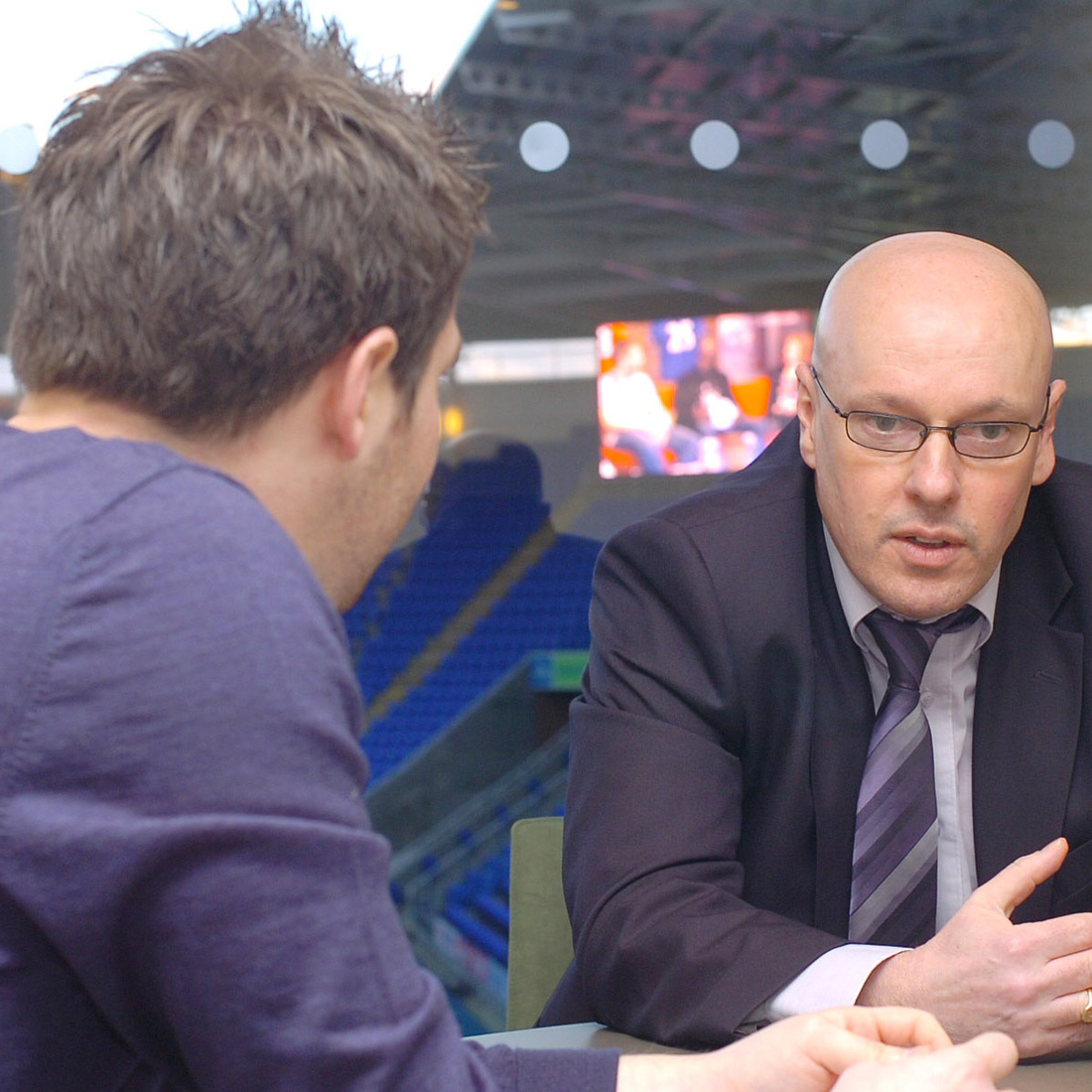 Who is your favourite player to speak to?

They're all a really good bunch, I've only had one player ever say no to an interview, I won't name names though, sorry!

I would like to think that I have developed good relationships with the players over time and that helps when it comes to speaking to them. The last thing you want is a player just playing everything with a straight bat, but sometimes, if you don't know anything about who you're talking to, you're much more likely to do that.

Worst player to speak too?

Honestly, all the Reading players are pretty good when it comes to media commitments. I'll save all the controversial bits for my memoirs!

How do you balance being a fan and being a professional?

You're there to do a job. When I'm at a game I'm no longer a Reading fan, some of that love for the game as a fan goes. Obviously I'm happy when Reading score, but I don't get carried away and run along the gantry.

To do this job well you've got to take a step back, you can't be a cheerleader for the club. You've got to reflect what you see on the pitch, whether that is positive or negative.

Sometimes I miss going as a fan because you don't get to enjoy the build up, chatting with mates and enjoying the atmosphere. I do miss that, but I wouldn't swap my job for anything.

The pre-season tours have been fun, as it's not as intense and you get a bit more time to relax and talk things other than football to the squad and coaching staff.

There are normally a few stories told over a pint as well, but there aren't any crazy nights, honest….

Wembley was also a great experience - the result aside.

Other than Wembley, Newcastle was excellent and I really enjoy going to grounds that are steeped in history such as Anfield. 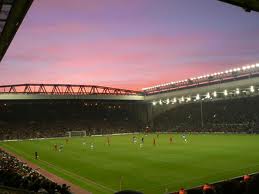 I also enjoy seeing Reading playing abroad at new stadiums, they're generally only about the size of Palmer Park, but it's always nice seeing the club play in a different environment.

Scunthorpe and Peterborough are 'experiences'. At Scunthorpe a couple of years ago I was right next to a fan who kept jumping up and knocking my desk, as well as leaning over to tell me what to put in my reports! Watford's is also pretty bad in the condemned stand.

How does the Madejski compare?

It compares pretty well, the recent media centre upgrade has helped. The only problem I have is that where I'm sat is near a big metal supporting beam, which sometimes blocks my view a bit.

The clubs finances are one of the big talking points between fans, as a journalist do you think the club are open enough with their finances?

Well the clubs accounts are there for everyone to see, it's obviously tough to see the best players leaving, but that's the reality of the situation.

Attendances, hospitality and TV income has all gone down so the books have to be balanced.

It would be great to see McDermott handed a war chest to go out and spend as I think if Reading could have kept their team together from last season and then added to it, they would have gone up.

Reading may have spent a bit less than their rivals but have still remained competitive. Sometimes you'd like them to speculate to accumulate but you understand the clubs thinking.

As a journalist it's frustrating having 'undisclosed fees' given to you when clubs sign players. So I can see why fans get frustrated about it as well.

What advice would you give to aspiring journalists?

Get involved with blogs and websites if you can and be prepared to work on things other than football. I started having to do court reports and council meetings long before I moved into sport. Don't expect to walk right into a football writers job as that's pretty much unheard of.

Get as much work experience in as you can, write and phone local papers and radio/tv stations and see if you can help out. Get your name out there in as many ways as possible, even if it's a village newsletter it's about improving and proving yourself.

And finally how do you think Reading will do next season?

Well it's hard not knowing who will go and stay, I think it's inevitable we'll lose some players, but we have some great prospects like Jordan Obita, Jake Taylor and Lawson D'Ath coming through who could all be special. I predicted the play-offs last season, but then revised that after Norwich, so who knows! If they carry on the way they finished last season then anything is possible.

It's hard to call what will happen in the Championship, if Reading can challenge again this season, then that would be a very decent outcome.