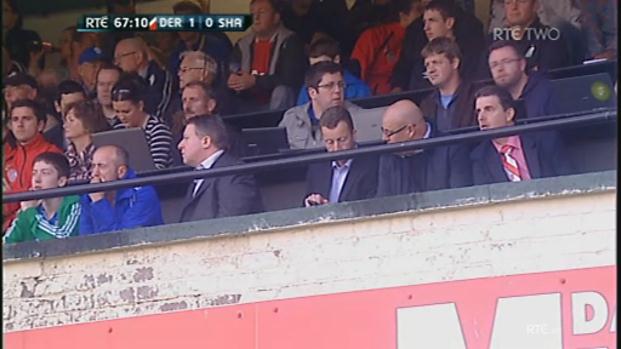 Around 40 days to go until the transfer window slams shut for 2011 and Reading are still to make a signing! still patience is a virtue and here's some rumours to keep you going.

Shane Long continues to be linked with a move away from the Madejski Stadium, with Brian McDermott admitting that he'll try and do right by the striker. West Brom are rumoured to be the front runners right now though Newcastle are still in the frame. Reports have Reading holding out for a £10 million pound fee, though I'd still expect closer to £8m.

One player has left the Madejski Stadium already and that's young defender Carl McHugh who has joined Dundalk on loan until November. McHugh is an Irish youth international and he now joins a club who also had Michael Hector on-loan last season from us.

The hunt for a central defender to replace Matt Mills is the number one priority according to the manager and we've been linked with a host of them in the past week or so.

Hull defender Paul McShane was one name apparently on Brian's list, but Reading have cooled their interest after Hull demanded Reading pay the bulk of the Irishman's £25,000 per week wages.

Another former Hull man was also on the Royals radar, but Jonny Fordham says that Anthony Gardner is likely to snub a free-transfer move to the Royals in favour of Crystal Palace.

As pictured above, Nick Hammond and Brian McDermott were in Ireland before the Slovenia trip to check out winger James McClean.

The Royals also have a couple of players on trial, Faouzi Bourenane and Michael Cain. Faouzi is 17 and from France and Cain is from Luton and is still just 16.

Otherwise it's fairly quiet. Unfounded rumours have circulated saying we're amongst the clubs chasing Chelsea full-back Aziz Deen-Conteh but that's about it.

Thankfully the Reading way has always been to do things on the quiet so it's not quite time to panic just yet!

Credit to @thewearing for working on most of these!