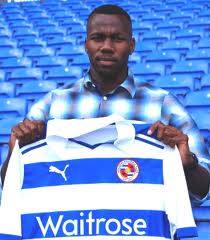 In the first of our position by position previews, Chris Hartley looks at our defensive options and what we can expect going forward this season.

The defensive third of the pitch could be the deciding factor on how well Reading  perform this season.

Gone are both of last season’s first choice centre backs as Matt Mills was sold to rivals Leicester City for a fee of around £4.5 million pounds and Zurab Khizanishvilli joined Turkish Club Kayserispor on a free transfer after his spell expired. Also leaving the club was defensive stalwart Ivar Inigimarsson, who after eight years at the club was released on a free transfer and signed for Ipswich Town as well as youngster Julian Kelly.

All that activity leaves Reading a little short at centre back, not just in terms of bodies but also in terms of experience. Only Alex Pearce has any experience at this level and even he has featured in around 50 Championship games and has never been a regular throughout an entire season.

Sean Morrison who was signed last season from Swindon Town will be tested if he is to start alongside Pearce in the heart of the Reading defence on a regular basis this year. Morrison hasn't won rave reviews in his pre-season games but there is potential in the lad, so expect him to be around the squad and probably 3rd choice.

In an effort to shore up the back line. the club have added South African Bongani Khumalo on a season long loan from Tottenham Hotspur. However there is a release clause in his deal that can be exercised in January, with the defender also potentially missing time  due to the African Cup of Nations at the start of 2012.

The club have also taken back former player Ibrahima Sonko on trial, with 'Superman' featuring in a number of pre-season games for the club. While no longer the force he was, it seems that the club may offer him a deal simply as back up, but you can read a few more thoughts on Sonko in our article from a few weeks ago here.

There are also a couple of options from within the youth system, with England youth internationals Angus MacDonald and Jack Mills both earning good reviews in their time with the development squad, though both are unlikely to be pushing for a first team spot this season.

With that in mind, I still feel that the club needs to add at least one more player in that area who is a specialist because if Sonko doesn't sign and with Khumalo missing time in the busy turn of the year, we would be really stretched by injuries and suspensions.

Both Full backs could prove to a stabilising influence on those in the centre as both Andy Griffin and Ian Harte have played for years at the top level.  While their age is a benefit in that respect,  Griffin is 32 and Harte is 33 and neither have much pace a fact exposed badly in the playoff final against Swansea last May. Harte, last season’s second top scorer with 11, still adds something to the side with his ability to score from a set piece or a penalty so is likely to remain first choice for the time being.

Backing up Griffin and Harte are Shaun Cummings and Marcus Williams. Cummings could be challenging Griffin for a starting spot having had a good season last time out. Cummings is a player that has always had potential, but struggled at first as he was badly exposed and was left lacking in confidence and was eventually dropped after being torn apart by Jerome Thomas of West Brom under Brendan Rodgers. It was thought that his time at the club was coming to an end when he was left out of the squad for the tour of Slovenia in the summer of 2010, with McDermott saying he could leave the club. However, when an injury crisis hit early last season Cummings was called upon and really stepped up and from that point on he never looked back. When he was called upon away at Leicester he performed well  and from that point on his performances have became more and more assured.

Williams seems to be in exactly the same spot that Cummings was in this time last season. Having been signed on a free transfer to replace Ryan Bertrand, Williams started the first three games of last season before being dropped for new signing Ian Harte,  not appearing again for the rest of the season and was loaned back to Scunthorpe at the back end of the year. This next season is going to be a make or break season for him but with a little bit of hard work he could make the same progressions as Cummings. While also seeming set to get some minutes this year is the evergreen Brynjar Gunnarsson, who showed earlier this year that he's still a capable stand in at either centre back or at full-back.