Share All sharing options for: The 2011/12 Championship Preview - In Their Own Words: Part 3

The Tilehurst End Championship Preview - In Their Own Words 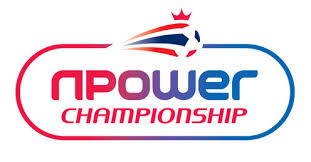 Time for part three of the preview!

Over the past week I've been asking bloggers from across the Championship to give us their thoughts on the season ahead and what they expect from their own teams, and Reading this season.

My thanks to each of them for giving up their time and also to The Two Unfortunates Blog, The Football League blog where the majority of these sites are listed.

2010/11 was a year of feverish restructuring following relegation. Tumbling out of the Premier League wasn't that hard to deal with emotionally, after all we've only played in the top division for two of our 106 seasons, so there is no sense among Tiger Nationals that we belong there. The hard part was facing the harsh economic reality that we had a hideously overpaid squad and little television income due to maintain it. Thus manager Nigel Pearson and director of football Adam Pearson set about comprehensively overhauling the squad, and I mean comprehensively, this wasn't a back to the drawing board effort, even the drawing board was dispensed with, thrown onto a skip and set on fire.

The summer transfer window wasn't sufficiently long enough to make all the changes the Pearsons deemed necessary, so the rebuilding continued well into the season, unwanted players were paid off or loaned out and we used the loan system extensively to replenish the squad. The changes paid dividends though, we'd looked like relegation candidates at the start of the season, but after the loan players bedded in and were supplemented by permanent signings in the January window, we moved steadfastly up the table and pushed for a play off spot. A top 6 place ultimately eluded us, but the foundations have been laid to achieve that aim in 2011/12.

Several of the loan deals turned into permanent (and wonderfully underpriced) signings, former manager Warren Joyce has used his capacity as Manchester United reserve team manager to assist his old club, and a succession of Red Devils reserves have travelled east along the M62 to Hull. Other signings haven't been as glamorous as some fans crave, but they are sensible, if not spectacular additions.

Director of football Adam Pearson has bought local rugby league side Hull FC, this will at best divide his attention and at worst, mean he'll sever all ties with Hull City. Our owners are not football men by their own admission, and the loss of the brilliantly competent Pearson could hurt us in the long run.

Striker Matt Fryatt impressed when he joined in January, he's a clever, hardworking forward who will go in search of the ball rather than just wait to be given it. We should have a more creative midfield this year (those City fans who dismiss Pearson's brand of football as dour are wrong, it was dour when he focused on making us hard to beat, but when that was achieved he set about bettering the front line and now he's correcting the midfield) and Dele Adebola should prove an effective bodyguard/supplier for Fryatt. We're hoping those pieces around him will result in a steady flow of goals.

Manchester United loanee Robbie Brady has been likened to Ryan Giggs, which may alarm Brady's brother if he has one. We've only got him for 6 months, United see him as a serious first team prospect, but we'll not mind that if he replicates pre-season promise in the Championship.

Reading appeared to be the most consistent, complete side in a Championship packed with teams that blew hot and cold all season long last year. It was a surprise to see them not go up via the play-offs, but then consistent good performances over a season aren't always rewarded when it comes to end of season knockout football.

Play off failure will either spur you on to succeed this time around or sap you of belief. The former I think, so third place. 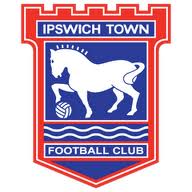 Not been able to find a willing Town fan yet! but we'll post when available.

Ryan Parish from The Scratching Shed

So close but so far away, pretty much sums it up. We exceeded all expectations in challenging for a play-off place, but if it wasn't for the huge number of goals we let in, then who knows what could have happened. It was quite an enjoyable season from a Leeds fans point of view for a change as there wasn't as much pressure on us as less was expected. Hopefully we can build on last season and better ourselves this year.

Footballing-wise it's been good as we were unbeaten in pre-season, including a 3-2 win against Newcastle the other day. Despite this, we haven't really brought in anyone of any real significance and we've lost the likes of Kasper Schmiecel, Bradley Johnson & Neil Kilkenny who all played fairly big parts last season, so it's been a bit disappointing from that point of view.

Definitley Max Gradel, providing he doesn't end up leaving before the season starts. He got better and better last season and we really need to keep hold of him. Luciano Becchio, Jonny Howson & Robert Snodgrass were all impressive last season so they'll be key players as will Ross McCormack if he gets a chance.

There's not too many but Adam Clayton is a midfielder who could make a big impression this year and Aidy White who is a left back/winger could break into the first team too.

Hopefully we'll push on and make the play-offs at least but the pessimist in me see's a mid-table finish more realistic looking at our squad, but anything can happen with Leeds United!

I was impressed last season despite both games being 0-0. I rate Brian McDermott highly and I definitely think that you'll be there or there abouts this season, just hopefully not at the expense of Leeds! We've had the play-off final defeats in the past so we know what you've been through and I wish you all the best for this year! 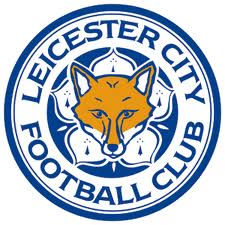 Considering the start we made, finishing towards the top was a very positive result! Since Sven replaced Paulo Sousa we played much better football and attracted a higher quality of players. This saw us go from relegation candidates to play-off challengers within a few months. Not many people were expecting us to actually make the play-offs but it gave us a good platform ready for this season.

This summer has been very exciting, the club has undergone a massive upheaval. With the money the Raksriaksorn family have put into the club we have been able to attract many high level Championship players. Players like John Pantsil and Paul Konchesky bring valuable Premier League experience as they were part of a Fulham team that reached their highest ever Premier League position. We have also been able to attract promising, hungry youngsters who are looking to make the step up such as Lee Peltier and Kasper Schmeichel. It's fair to say this season will be one of the most exciting ever at the King Power Stadium.

Currently I would say Kasper Schmeichel. Our defence and goalkeepers last season were not up to scratch which lead us to conceding many goals, ultimately costing us any chance of reaching the play-offs. This season Sven has addressed that and has changed the entire back 5. Kasper has looked very good over pre-season, including keeping a clean sheet against Champions League side Bursaspor! If he can carry on this form into the season, hopefully we should concede less than we did last season.

Jeffrey Schlupp. Looked very good on our pre-season tours of Sweden and Austria (even when played out of position). Went out on loan to Brentford last season and scored 6 goals in 9 games. Very promising youngster!

I think a minimum of the play-offs. At the moment, our attack is not entirely up to scratch but with another couple of attacking options I feel we can easily be challenging the top two. Either way I predict a promotion push this season.

Reading have lost a key player in the shape of Matt Mills this summer and also face losing Shane Long as well. However, you have generally been able to hang onto the majority of the players who guided you to the play-off final last season. It also means some of the promising youngsters in the Reading team will get a chance to shine this season, such as Alex Pearce, Simon Church and Hal Robson-Kanu.

I believe Reading will reach the play-offs again this season. You still have a more than capable team for life in the Championship and one of the league's best managers in Brian McDermott. 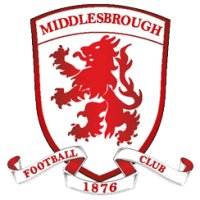 Mike from the Smog Blog

From the ridiculous (Gordon Strachan's management) to the sublime, as we

won our last four matches and squeezed into the top half. Things looked

perilous at one point, but Tony Mowbray pulled us through.

Bad on paper, with six first teamers gone and only one signed, however

we're left with a squad of 25, the right players retained and a perfect

blend of experience and youth to call upon. Crucially, we hung on to the

Academy players, our stars of the future, by letting go of the lazy likes

of Kris Boyd and Didier Digard.

Rhys Williams - Aussie defender/midfielder who was injured for nearly a

year but returned in time to demonstrate his class again and again. We owe

much of our late-season form to his prowess.

line of homegrown left-wingers, following in the fleet footsteps of

I'd be happy with anything in the top ten, though the playoffs are likely

to be a step too far. Hopefully, we've moved far from the crisis that had

us in the lower reaches during much of last season.

The Royals handed us our worst single defeat of 2010/11, a really low ebb

unravel in the face of Shane Long, and Ian Harte's free kicks. I get the

impression they could beat anyone when they're on song.

It's a tougher Championship, but I can see the playoffs being most

realistic for them. It seems they've managed to keep much of their squad,

which is obviously crucial, and in Jimmy Kebe they have a winger who can

terrorise any defence, as we learned to our cost.