Share All sharing options for: Match Review: Reading 2-2 Millwall - Not A Lot Of Beauty, Then The Beast....

So another winless opening day then? Indeed, Reading made it five successive opening days without a win after a 2-2 draw but considering the scoreline was 0-2 with four minutes remaining, we'll take a point.

MOTM: Can't be anyone but the beast, Mathieu Manset, his two goals rescued a point for the Royals and his first goal could well have goal of the season wrapped up on the opening day of the season.

We'll have more on our Jekyll & Hyde start to the season below the jump.

Welcome back football, I'm sure I'm not alone in saying that I've missed you very much but I'm not so sure my doctor would agree with me, as Reading once again put us through the motions on what was one of the most exciting opening games of the season since that fatefull game against Middlesbrough five years ago.

That Middlesbrough game also happened to be the last time we'd won a season opener and we managed to extend that streak for another year with another frustrating display on an overcast day at the Madejski Stadium. 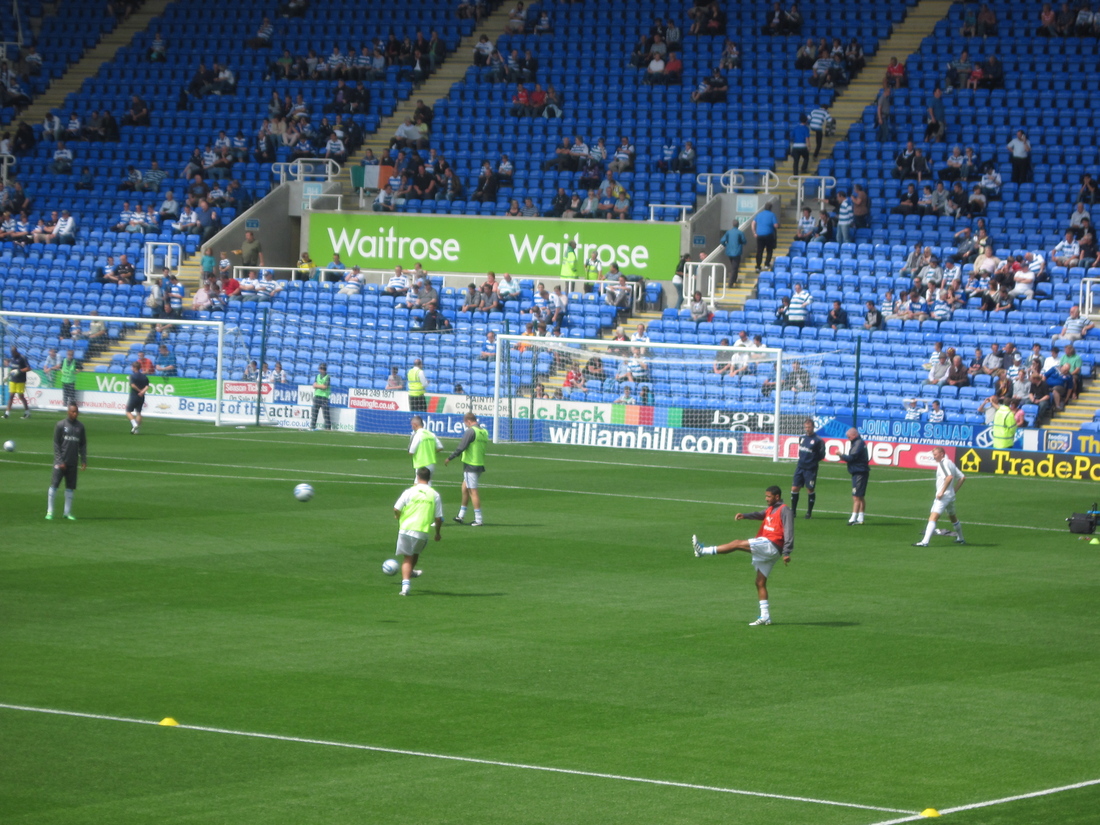 Going into the game there wasn't a whole lot to be excited about in terms of the 'new factor'. The opposition were in the Championship last year, the managers were the same and personnel wise the only Reading addition was that of Bongani Khumalo who lined up alongside Alex Pearce in the centre of the defence.

In fact, despite fears of a mass exodus over the summer, 9 of the starting 11 from the play-off final at Wembley lined up for the Royals, with the only absentees Matt Mills and Zurab Khizanishvilli. Shane Long started the game despite increased speculation over his future, while Jimmy Kebe, Adam Federici and Jem Karacan also featured despite rumblings of possible moves. While we could still lose some of those players, especially Long, it's a positive sign that we've still got hold of them now with each game they feature in a bonus at this stage.

The game itself started at a fast pace with Noel Hunt having the chance to put Reading ahead after around 20 seconds, only for Lions keeper David Forde to make a good save. For the rest of the half Reading had most of the ball and carved out a few half chances but the visitors still looked dangerous on the break, trying to expose the lack of pace from Ian Harte and Andy Griffin. By the end of the first 45 though you fancied Reading to go on and win the game, hoping that the amount of possession would eventually turn into goals.

That wasn't to be the case though...

It seems to have been a rather ugly trademark of late that Reading start the second half in a sluggish manor and yesterday was no different. A looped ball from the Millwall left floated into the 'corridor of indecision' zone that 'keepers hate and after initially coming for the ball Adam Federici stopped as former Royal Darius Henderson powered a header past a quickly back peddling Aussie to give the away team the lead.... bugger.

The Australian goalkeeper has been on of the summers biggest talking points ever since Alex McCarthy burst onto the scene and if the first goal sparked the debate the second had keyboard warriors rushing to their computers to reignite the debate. This time a cross-come-shot from the right was only parried into the air by Federici giving Marquis the chance to head home at the far post, 2-0 and cue pandemonium from the visiting Millwall fans.

I suppose this would be the right time to talk about some of the people in the Millwall end, I won't call them 'fans' because quite frankly they aren't supporters and there's no place for them at football. The mini pitch invasions that followed the second goal were idiotic and the fact that one guy dragged a kid over the barriers as part of getting onto the pitch was just alarming. I realise that this is a minority of the travelling support who by and large were decent enough but even so you'd like to think things like this were gone by now from football. It's also only fair to mention that some in the home end did themselves no favours at all, one or two going a bit OTT in goading the travelling fans and generally making themselves look just as stupid.

Still enough coverage of that and back on the pitch Reading set about trying to get back into the game with Brian McDermott taking off Noel Hunt and Jem Karacan for Mathieu Manset and Hal Robson-Kanu. Reading nearly grabbed a goal through new captain Jobi McAnuff but he saw his effort smack the woodwork and at that point you thought it wasn't going to be our day. Millwall should have also made it 3-0 with their striker missing when clean through on goal, but then just as the clouds lifted from around the ground the players began to respond on the pitch.

With four minutes to go Manset drifted in from the right hand side and curled a left footed shot into the top corner to put us back in the game. Then three minutes later the Beast sent us all home happyish with an equaliser, nodding home Jimmy Kebe's cross to make it 2-2.

After the game I wrote that the game was a successful failure with the two late goals a delight, but still not good enough if the team wants to kick on from last season. Sadly I came away from the ground with more worries then optimism and the next three weeks could make or break our season depending what happens off the pitch.

Performance wise Adam Federici made some good saves but once again frustrated with being at least partly at fault for both goals. On top of that his distribution wasn't the best and he's going to have a real battle to hold off McCarthy and Andersen if he continues with form like that. I'm far from anti-Fedders, he's a solid keeper at this level but I'd rather sell him and use McCarthy if it means we can strengthen elsewhere.

Which brings me onto my main area of concern and that is at full-back. Neither Harte nor Griffin was awful both contributed so little while being exposed constantly due to a lack of pace. Harte wasn't even saved by his set pieces with his crosses poor and his free-kicks into the wall. For Griffin he did manage to get into the crossing zone but when he got there his deliveries were sub-par and he was then unable to get back in time to deal with the threat on the counter. The lack of pace from both men also limits the options for our goalkeepers with them not having the option of throwing the ball out wide to start a quick counter.

I still have a lot of respect both men and no doubt both of them will have some good games this year, but it's becoming more and more obvious that this team won't reach its full potential until we get full-backs capable of providing a threat going forward and who has the ability to get back.

Elsewhere it was as expected. Both wingers blew hot and cold while Long and Hunt worked hard with little help from a referee who was happy letting players shirts get pulled and allowed plenty of pushes in the back. Leigertwood and Karacan both worked hard while the new centre-back pairing were solid if not spectacular and should grow in confidence as they both play more together.

Manset and Robson-Kanu both looked lively as McDermott once again made the right subs at the right time. I feel a bit sorry for Noel Hunt who didn't have a particularly bad game and I'd still bank on him starting at Leicester ahead of the Beast at Leicester on Saturday.

And so it's to the Walkers we venture in the Championship next Saturday, after a Carling Cup clash at Charlton. The promotion favourites won their opener at Coventry and the Matt Mills/Shane Long transfer stories will add a bit extra to a game that always provides good entertainment.