With this weeks Loan Report up later than usual, we've got plenty to talk about to help take your minds off the train-crash that is Reading's recent form, with new loanees and our first goalscorer happening over the last week or so. With a potential of 3 games over the last week for those on outward loans from the Madejski, we've got a lot to get through in this edition.

First up, we have our first goalscorer of the season. Michail Antonio scored a header for League One side Colchester in their game against Huddersfield at the weekend, as they lost 3-2.
Antonio, who didn't have the most successful debut last week as he was subbed off on 67 minutes in a 2-0 defeat to Charlton, put his new side 2-1 up when he headed home (1:06 on the video) from 6 yards out.
However that was as good as it got for Michail, who was subbed on 46 minutes and then could only watch as Huddersfield scored 2 second-half goals to take the 3 points from Colchester.
The young winger will be hoping to start again on Saturday against Leyton Orient, a side which contains ex-Royals Jamie Cureton and David Mooney, but are struggling down at the bottom of League One.

David Murphy, the Irish Under 19 international who recently grabbed the winner for his national side in a game against Serbia, has joined Evo-Stick Southern League side Cirencester until the 15th of September.
Murphy is a first-year professional at Reading and featured in a number of Development Squad friendlies at the start of the season, scoring a brilliant goal (5:51 on the video) against his former club Swindon Supermarine. The young striker will be hoping to get some good first-team experience at the Non-League club (the Southern League is the 7th tier of English football) to help his attempt for a future at Reading and in the Ireland set up.
He'll have to do better than Saturday for that however, as despite getting the full 90 minutes, he had "a miserable debut" according to The Wilts & Gloucestershire Standard. He headed a good chance wide on 71 minutes as his Cirencester side lost 1-0 to Oxford City, with The Centurions only mustering one shot on target in the whole game.
Cirencester take on Swindon Supermarine tonight (Wednesday), the club which not only Murphy scored against this season, but spent time on loan at last season. Here's hoping for a better performance. 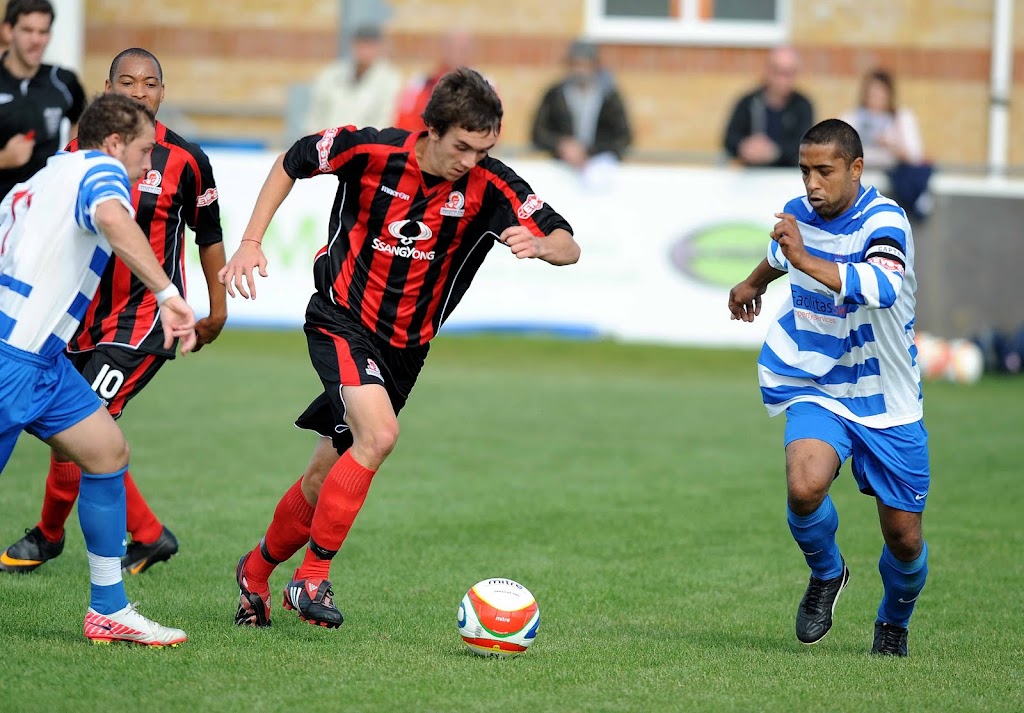 Speaking of Irishmen, another Ireland Under 19 international Carl McHugh played the full 90 once again for Dundalk, but once again the Irish Premier League side drew 2-2, this time at home to Bray Wanderers.
Carl has played every minute possible for Dundalk since joining back in July and this week was no different, with the young centre-back coming close to scoring his first goal when he almost headed in a corner. He was a little lucky not to give away a penalty after seemingly bringing down Bray's Jake Kelly, but he survived that worry and will be pleased with another game in Ireland.
Dundalk travel to Drogheda on Friday in the FAI Cup 4th Round.

Speaking of Cup games, Jake Taylor will be desperate to make his first start for Aldershot as the Shots take on West Ham in the Carling Cup tonight. The young midfielder is yet to start for the League 2 side and came on after 78 minutes against Torquay and 81 minutes against Morecambe. Aldershot lost both games, and having gone to the Hampshire club for first team experience, the last couple of weeks will have been mightily disappointing for both Jake and Reading.
With his loan ending on Saturday, this could be his last chance to get some games before he returns to Berkshire.
He told BBC Surrey "With the new five substitute rule it's going to be pretty hard for me to get on the bench at Reading with all the players we've got.
"To get an opportunity to play some League football will help me develop as a player.
"Hopefully I can get a few more minutes and start a game by the end of my loan spell here. I want to go back to Reading a better player." 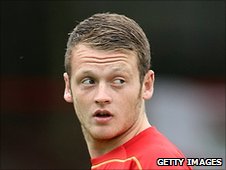 One player who won't be featuring in the Carling Cup this week is the unfortunate Nicholas Bignall, who has been ruled out of Exeter's 2nd round match against Liverpool with injury. With the game televised, it would have been a good chance for us Royal fans to see how he can compete against top defences. He missed Saturday's 1-0 defeat to Preston, and was in fact at the Madejski Stadium watching Reading's defeat to Barnsley with those who were not featuring that day.
Exeter may have seen the last of the striker, with Bignall telling the Echo Sport:
"I am devastated. With these type of injuries you have to wait 48 hours to be able to pinpoint exactly what it is.
"I am being assessed by the people at Reading today and it looks like it might be a meniscus knee injury.
"It is very painful and I am on crutches at the moment. I went up for a header and I got nudged in the air and landed in an awkward position.
"As soon as I stood up I felt the pain and I knew something was not quite right. I have never suffered with an injury like this before and all I can do is remain optimistic.
"You can't let your head drop. You have got to hope that your recovery is swift and if you are out for a while you have to concentrate on getting back as soon as possible.
"I don't want to miss any games and there is the Liverpool match coming up on Wednesday.
"I would love the chance to pit my wits against top-flight opposition and to play against Liverpool would be a great opportunity.
"It is too early to say whether I am going to be able to come back to Exeter or not."
Bignall's loan ends on the 3rd October.

Finally, another 3 Royals featured in the Blue Square South over the week, including 2 academy goalkeepers, once again proving the strength in depth of the Reading goalkeeping department.
Dean Santangelo is first choice between the posts at Bromley, and kept his first clean sheet in professional football in a 4-0 win over Boreham Wood. He even helped play a part in one of their goals. His goal kick was flicked on by Danny Hockton, and Hakeem Araba slotted home.
Bromley lost 1-0 to Maidenhead Utd on Saturday, but more interesting developments took place on Tuesday night.
Santangelo suffered an unfortunate injury (he is set to return on Saturday) and taking his place in goal was Jon Henly. Henly spent time on loan at Hungerford last season aged just 16, and was also called up for England during an eventful 2010/11. With Santangelo out on loan, Henly is currently first choice for Reading's Under-18 side, and on Tuesday replaced the injured Dean for the Non-League side. It wasn't a debut to remember, as Bromley lost 5-0 to Eastbourne, but Henly will be pleased to be playing at a decent level at such a young age.
Meanwhile, Frankie Raymond made his Eastleigh debut against Tonbridge Angels on Saturday, although they also suffered a heavy defeat, losing 4-0.

Henly: Yet Another Goalkeeping Prospect