International Round Up Sept 2011

Share All sharing options for: International Round Up Sept 2011 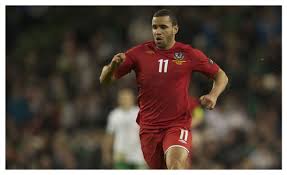 With a week of internationals last week, here's a quick round up of how our International Royals got on.

Reading’s international contingent didn’t enjoy the best of international breaks with only Hal Robson-Kanu enjoying a win as he came on as a late sub in Wales’ win over Montenegro in Cardiff, Gary Speed’s first win in charge. The result was a good one for England but Robson-Kanu didn’t make it off the bench in the game against them at Wembley. Mind you he still fared better than Simon Church who whilst in the squad didn’t even make the bench. However you’d probably back either of them to have buried Rob Earnshaw’s costly miss!

Another unused substitute was Adam Federici who is second choice for Australia behind Fulham’s Mark Schwartzer. Australia narrowly avoided embarrassment at home to minnows Thailand in their first World Cup qualifier as Alex Brosque and Josh Kennedy scored late on in a 2-1 win. They then got a more comfortable win against Saudi Arabia 3-1 in Riyadh leaving them top of their group which also includes Oman. 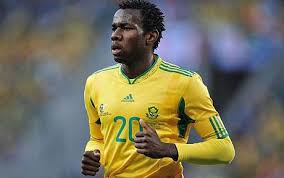 Loanee Bongani Khumalo at least made it off the bench but he was unable to prevent last year’s World Cup hosts South Africa from going down 2-1 away to Niger in an African Cup of Nations qualifier. It leaves Bafana Bafana in real danger of not qualifying. With one game left Niger top the group ahead by a point from South Africa and Sierra Leone who play one another in Port Elizabeth in a month’s time. A win for either will give them a slim chance of going through as one of the two best runners up but more likely they will need Egypt to beat Niger.

New signing Kasper Gorkss is captain of the Latvian side and whilst qualification for Euro 2012 is now impossible they had two 1-1 draws. The first against a Georgia side missing former Royal Zurab Khizinashvili saw the big defender pick up a yellow card which ruled him out of the game against Greece. Latvia got a credible point in that game but their main focus over the next few years will be to improve on their FIFA ranking of 83.

There were also a few players off on youth international duty. Jordan Obita had a brief appearance off the bench in Holland as England’s under 19s drew 0-0 in their first European Championship qualifier. Jake Taylor got half an hour as the Welsh under 21s went down 3-1 to Montenegro whilst Mikkel Andersen failed to make the bench as Denmark’s under 21s beat Northern Ireland 3-0.

Alex McCarthy missed out on the England under 21 squad to Birmingham’s Jack Butland and Manchester United’s Ben Amos whilst Noel Hunt was perhaps unfortunate not to make the Irish squad after injury to Shane Long. Meanwhile Jimmy Kebe continues to be overlooked for Mali whilst Brynjar Gunnarsson, Ian Harte, Jobi McAnuff and Mikele Leigertwood have all pretty much retired from international football.