The Fans View - Time For Number 13 To Step Up

Share All sharing options for: The Fans View - Time For Number 13 To Step Up 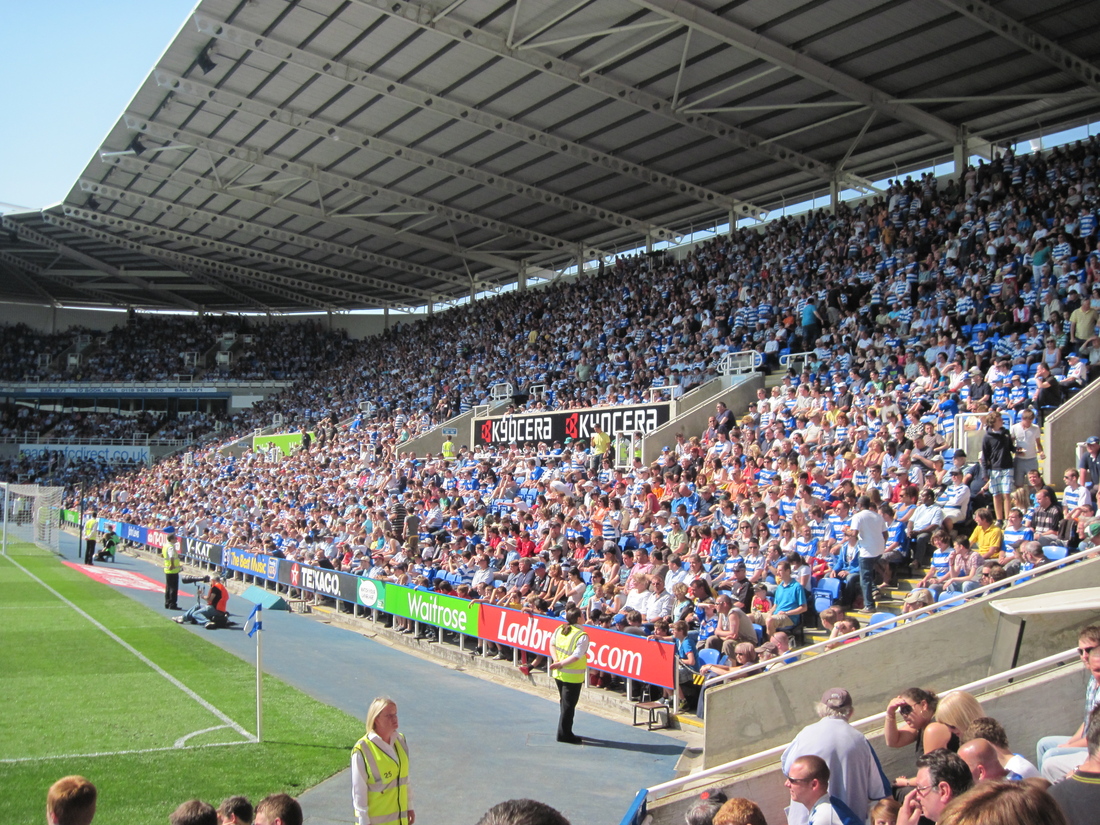 We're always keen to get the fans views here on The Tilehurst End, after all we're a fan site, set up by fans and for the fans!

Today Chris Hartley makes a plea for Royals fans to come together during this tough spell and get behind the boys.

If you've got an opinion on the team or fancy writing your own views then please get in touch with us via email at thetilehurstend@gmail.com

The start of the 2011/12 season for Reading FC reads like this:- one win, one draw and five... yes five defeats in a row. It is those five defeats and the manner in which those five defeats have happend that have left some of my fellow Reading fans feeling twitchy and when the twitchiness starts in the stands a certain level of panic can also set in on the pitch.

One thing that seems to have been lost on those twitchy fans is that it is still very early in the season. Some supporters seem to forget that a win against Doncaster this coming Saturday can lift us into a mid table position. It's understandable that after a Watford game yielded no shots on target that it can be hard to get behind the team but now is the time they need it the most.

It could be argued that ever since the club moved to the Madjeski Stadium 13 years ago that the stadium has had no atmosphere. What sums it up for me is how quickly the noise dies down after the stadium annoucer encourages us "TO BACK THE BOYS AND MAKE SOME NOISE!"  The question is was that atmosphere lost forever in the move from Elm Park? What happened to all those fans who stood together in the southbank? does the fact that the Madjeski Stadium is an all-seated bowl have any affect on the amount of noise we can make?

The club's recent success has attracted more people through the gate but being a club in a commuter belt town it's more than likely that those newly aquired fans will have Reading as their so called "second side" and therefore not being quite as passionate for the team as some of the 'old guard'. It's easy to forget that when the club moved to Smallmead we were averaging crowds of only around 8-10,000.  However even though we may have been small in number we still made a noise.

Since the move I feel that we've very rarely created an atmosphere around the ground. As a long standing Reading fan I'd love to have an atmosphere that makes away fans think you have to beat the fans in the stands to help beat the team on the pitch. I want to be in a ground where everybody sings, rather than just a few selected pockets of noise.

You can understand why fans have been quiet this season. Fans expectations were raised by a play-off final appearance and on the surface it's pretty much the same team as last year so shouldn't we be picking up where we left off and going for promotion? Sadly the sales of Matt Mills and Shane Long as well as Khizanishvili's departure seems to have taken more out of the side then we thought. Add to that the fact that the Championship this season  is one of the strongest in recent memory and perhaps fans should have expectations lowered for this campaign.

Even so, the most loyal Royal would find it hard to argue against the fact that the entertainment at home this season has been dire and it would have been even worse if it had not been for a fantastic Mathieu Manset brace opening day against Millwall. It's not easy for the fans to get behind the side when they have been playing so badly but booing/or taking a sharp intake of breath every time a pass is misplaced is not the answer because to me that is not how to go about supporting this Reading side. It's easy for the crowd's nervousness to transfer to the players on the pitch which can lead to the players almost over trying instead of trying to keep it simple. I'll also say to those fans who boo...... c'mon really what on earth do you think this is going to achieve? yes the team may not be playing well but booing is only going to increase the tension that the team feels and that is never a good thing.

So my plea to my fellow Reading fans that are going to the game against Doncaster this Saturday is to "BACK THE BOYS AND MAKE SOME NOISE" regardless of how well the side are playing. After all, every Reading fan is a member of the squad and we must wear that number 13 shirt with pride.