Reading 2-0 Doncaster - Back on Track

Share All sharing options for: Reading 2-0 Doncaster - Back on Track 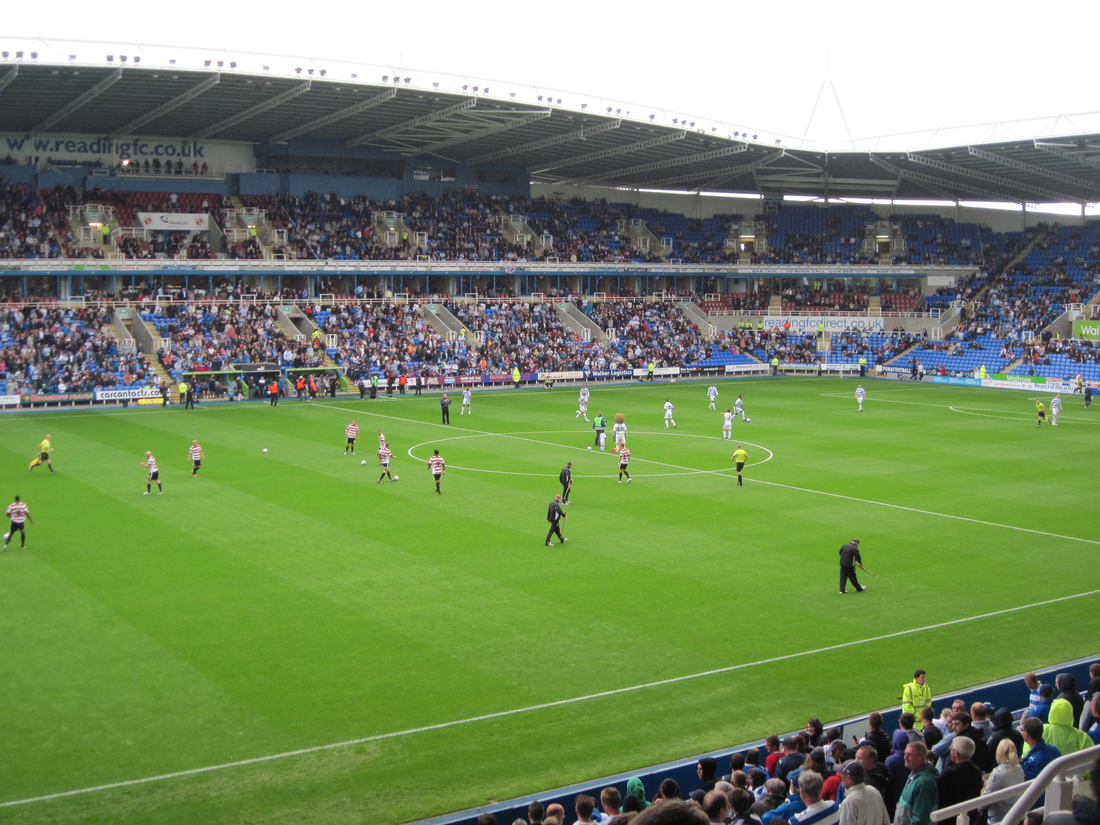 Stop that promotion bandwagon, I want to get on! Okay, so one win doesn’t mean our season has been turned around just yet, but a 2-0 win against Doncaster Rovers was exactly what the Royals needed after their run of five consecutive losses. McDermott rang the changes after last week’s dismal loss to Watford – Shaun Cummings came in for Andy Griffin at right-back, Jay Tabb made his first league start of the season in place of Jem Karacan, whilst the front pair of Mathieu Manset and Adam Le Fondre were replaced by Noel Hunt and Simon Church – the latter being rewarded for his reserve team performance on Monday.

The Royals started with urgency and fluency, knowing full well that they had not scored a goal in the first half of any match this season. Simon Church in particular was fighting for every second of possession, linking play well with the midfield, and it came as no surprise when he set up the first real chance after 5 minutes. He beat two men on the right wing and sent a deep cross into the box – Jimmy Kebe’s firm header was parried over by veteran goalkeeper Neil Sullivan. McAnuff then sent Church free after an intelligent run across the Donny back four but, low on confidence, his tame shot went straight at Sullivan. The Royals were creating all the chances and playing some very neat one-touch football, and Church’s contributions in particular looked extremely promising. He laid a pass back to Kebe, who spotted the surging run of Leigertwood and scythed a pass through the defence. Ledge, however, could only watch as his shot from 18 yards trickled wide of the far post. Kebe limped off five minutes before half time with a knee injury he couldn’t shake off, and so Adam Le Fondre replaced him, with Noel Hunt moving out to the wing. Le Fondre’s impact would not tell until the second half, which meant the Royals had still not scored a goal in the first 45 yet this season.

It only took six minutes of the second half for Le Fondre to make his terrier-like presence count. McAnuff launched a high ball forward and the new Reading striker challenged Neil Sullivan in the air. With Alfie standing at only 5’10”, everyone expected Sullivan to gather the ball easily. Instead, he juggled the ball straight to Simon Church, who simply could not miss from 6 yards out. Not a worldy by any stretch of the imagination, but the goal his work-rate deserved. Le Fondre’s impact was even more telling when eight minutes later he notched his first goal in a Reading shirt. A fantastic whipped cross from Joseph Mills was planted right onto the head of the Reading number nine, who buried his header into the far corner of Sullivan’s net. Two-nil, job done. The rest of the match petered out without much action as Reading looked content to sit on their two-goal advantage, with Doncaster looking dangerously low on confidence – only a long range effort from James Coppinger which hit the outside of Federici’s near post came close to changing the final score, but when the final whistle was blown, the entire stadium breathed a sigh of relief. The Royals had grabbed their first home win of the season at the place they used to call “Fortress Madejski” – and not a minute too soon. 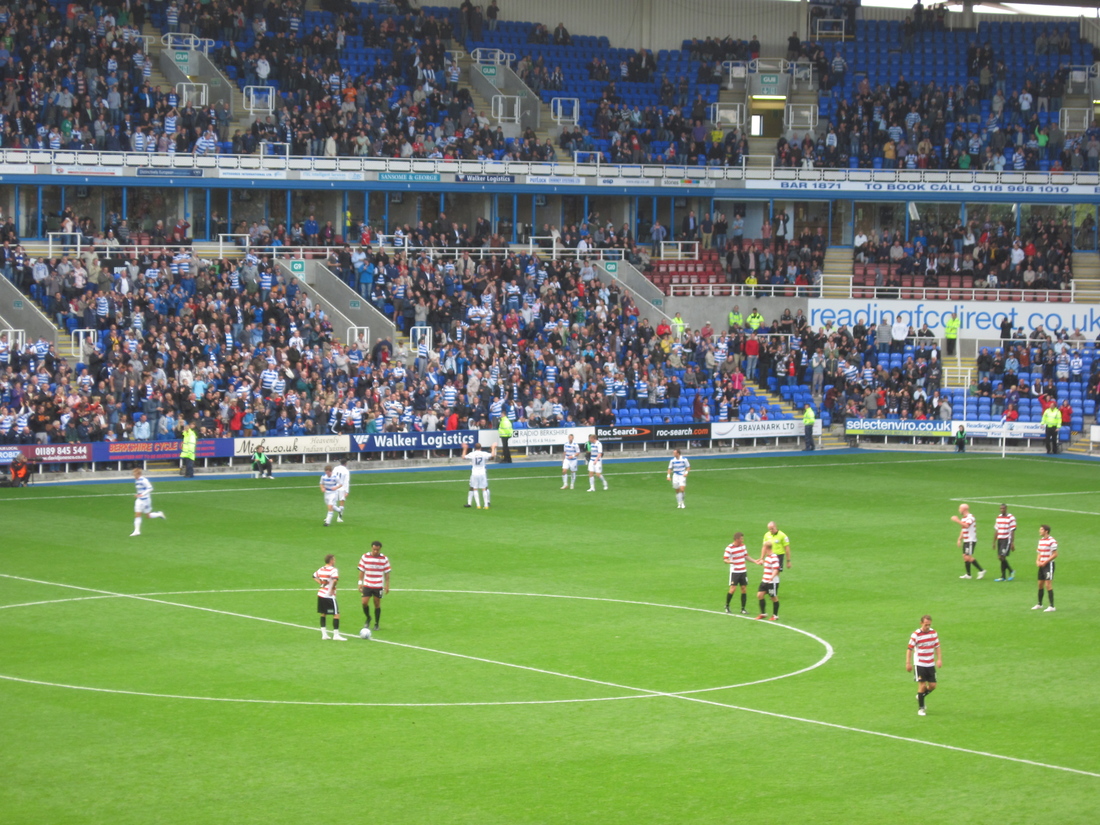 After two disappointing home results against Barnsley and Watford, two sides Royals fans thought we should have cruised home against, it was imperative that the Royals bounced back with a win. Sure, the opposition may have been Doncaster Rovers, still without a win this season themselves, but three points are three points and at the end of the season, they all count. In fairness to the Royals the performance could not be faulted. Players chased won every ball and ran after every lost cause – epitomised from the front by Simon Church, clearly a man with a point to prove. As mentioned above, his goal was by no means pretty, but just rewards for the effort he put in all game. No Reading player had a particularly poor game (except maybe Leigertwood, whose passing still leaves much to be desired) and it seems McDermott may have stumbled upon his winning combination. Those whose places were in jeopardy gave 100%, whilst the incoming players desperate to impress were also efficient - Cummings, in particular, broke up play and stopped his winger every time. Pearce looks far more confident with the Championship-experienced Kaspars Gorkss alongside him, whilst both Church and Le Fondre’s link up play was exquisite. So overall, not a performance that will turn our season around, but one which lays the foundations. As McDermott said in his post-match interview, it seems we were suffering from post-Wembley hangover – Saturday 17th September could be the day the Royals finally got over it.