Share All sharing options for: View From The Town End: Bristol City 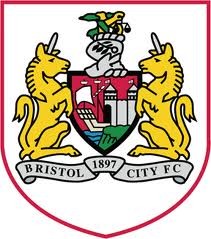 I love a midweek game when you've not had the best of results at the weekend. Here's to hoping we can pick up a second away win of the season tomorrow night when we go to Bristol City. Ahead of the game, City fan Paul Binning from the Exiled Robin has given us his thoughts ahead of the game.

Massively disappointing. We scored our first home goal of the season only this Saturday and the only real bright spot was a totally unpredictable win at Leicester. The last three games have shown some signs of improvement but it’s still not quite right. There are players everyone thinks should be in the team that are being excluded for either tactical or personality reasons, Maynard seems half the player he was since the transfer deadline came and went and the midfield balance seems totally off.

Seems the same as ever. Any team at the top can lose to any team at the bottom on their day. Our win at Leicester typifies this, but for me the Peterborough 7 Ipswich 1 scoreline is not only the performance of the season, but also sums up the unpredictability of the division. Saying all that, I’m finding it hard to see past West Ham, Leicester and Southampton for the promotion spots at present, but I’m sure that will change at some point.

Bristol City made the play-off final just three years ago but have struggled since, what has gone wrong since that day and have you got any optimism that you'll get back there or better?

That team, like many seem to be able to do, was riding the crest of the wave of promotion the previous season. We never totally convinced that season – I think our overall goal difference was only +1 despite finishing 4th and a number of late winners and equalisers masked some of the deficiencies.

For me the decline actually came during that season. We had come up playing football back to front, lots of lovely neat triangles, even in areas of the pitch that put us in danger. For some reason Gary Johnson decided it wasn’t going to cut it at the higher level (when we were in the top two) and signed Dele Adebola in January. We never played football in the same way again as the defenders had an outlet and used it all too frequently. We were always quite tight at the back in Johnson’s first couple of years but eventually the overall lack of pace was shown up (and is still being…), yet the manager generally stuck with the tried and tested back four.

At present it’s difficult to see us being anything other than mid-table at best – we hope – and the side would need quite a refresh to improve substantially from that position.

Undoubtedly the 2-0 win at the Madjeski in the season following our Play Off final appearance. We had spent most of the season on the outskirts of the play-off positions but a good run of form in January and February had taken us back into contention. 4100 City fans filled the away end on a beautiful sunny day and spent the entire match “Bouncing around the Ground” (It was Gary Johnson-initiated, and a bit like a fore-runner of the Poznan) as we won 2-0 and controlled the match. We went into 4th place and dreams were once again of Wembley, or better. Unfortunately, that was as good as it got and we eventually finished 10th.

I remember going to the Madjeski for the first time at the start of the 1999-2000 season, full of hope as always, looking forward to a good season ahead. It was a beautiful summer’s day and the atmosphere in the stands was equally hot, as unfortunately was often the case in matches between our clubs.

Reading went 1 up early on, then midway through the first-half came one of the more bizarre moments I’ve seen watching football. Gerard Lavin, making his debut for us at right-back walked over to pick the ball up to take a throw-in, but instead decided to smash the ball as hard as he possibly could into the stand at short-range. He was probably being given some stick, but it was plain ridiculous.

The net result of the incident was a few scuffles in the stands, a red card for Lavin (straight reds still being a fairly rare event in those days) and a poor Reading fan going home with a broken wrist (eventually leading to Lavin being charged with assault). All totally unnecessary and unsavoury and we went on to lose 2-1. Probably one of the worst starts to a season I can remember.

Who should Royals fans fear on Tuesday?

The obvious answer is Nicky Maynard but he’s been right off the boil in the last three matches. If Brett Pitman is given a start he’s got a point to prove and is a natural goalscorer.

I’m looking forward to seeing him as I enjoy watching good footballers but Jimmy Kebe always looks to be the key man for Reading and could hurt us as he has in the past. I also think Leigertwood is a great signing for the Royals, always adds a huge amount to a side in my view.

Allow plenty of time to get there, rush-hour in Bristol is not much fun. If there aren’t major delays at the M4/M5 interchange I’d advise coming down the M5 to Portishead (Junction 19) and heading into Bristol from the South. Park at Bedminster Cricket Club, it’s relatively easy to get out and the club opens it bar before and after the match where you’ll get a friendly reception.

We’ve got to win at home some time (as last season where we broke our duck against Reading in late September) so I’ll go for a 2-1 home win.