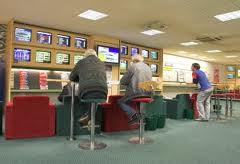 With the season nearly two months old it's time to take a look at how the bookies view the Royals and the Championship in general.

After the jump we'll see what our promotion and relegations chances are in the eyes of the people that make such predictions for a living!

We had our pre-season betting preview here so how have things changed in the last 7/8 weeks?

Well back then the Royals were 5/1 to be promoted and a best price of 16/1 to win the division. Here's how the betting looks today.

So the Royals have dropped well back in the promotion betting, with their odds more then doubling  from their pre-season price, out to 12/1.

An even bigger rise has been our odds to win the Championship which have gone from 16/1 to a best price of 66/1.

12/1 seems like a decent reflection of where we are as a team. One that still has the potential to make a play-off run but a side that isn't really in the thick of it so far. Even so I can think of a worse punt then a fiver on us to sneak into the play-offs and go up.  William Hill are the only bookie running a market on a top 6 finish, but they have Reading at 11/4 to finish there come May.

Elsewhere West Ham are already odds on favourites to claim one of the three promotion places, with a best price of 13/8 ON. Southampton are now down to 6/4 with Leicester still amongst the favourites despite an inconsistent opening few weeks.

The bookies don't think we're in too much danger of the drop but it's alarming to think we've lost to two of the relegation favourites and only drawn with another......

The money men don't seem to have bought into Crystal Palace's good start to the season. Despite 10 points to start the year, Palace are still amongst the favourites to go down. Donny already seem like a lost cause despite the Dean Saunders appointment while tonight's opposition Bristol City are currently third favourites to go down.

The only other relevant market is that of top goalscorer, and in that our most fancied player is Noel Hunt, who is priced at 66/1 to win the golden boot.

We'll have another look at the markets at the end of October!