Reading FC 0-0 Middlesbrough - Failing To Sizzle In The Sun

Share All sharing options for: Reading FC 0-0 Middlesbrough - Failing To Sizzle In The Sun 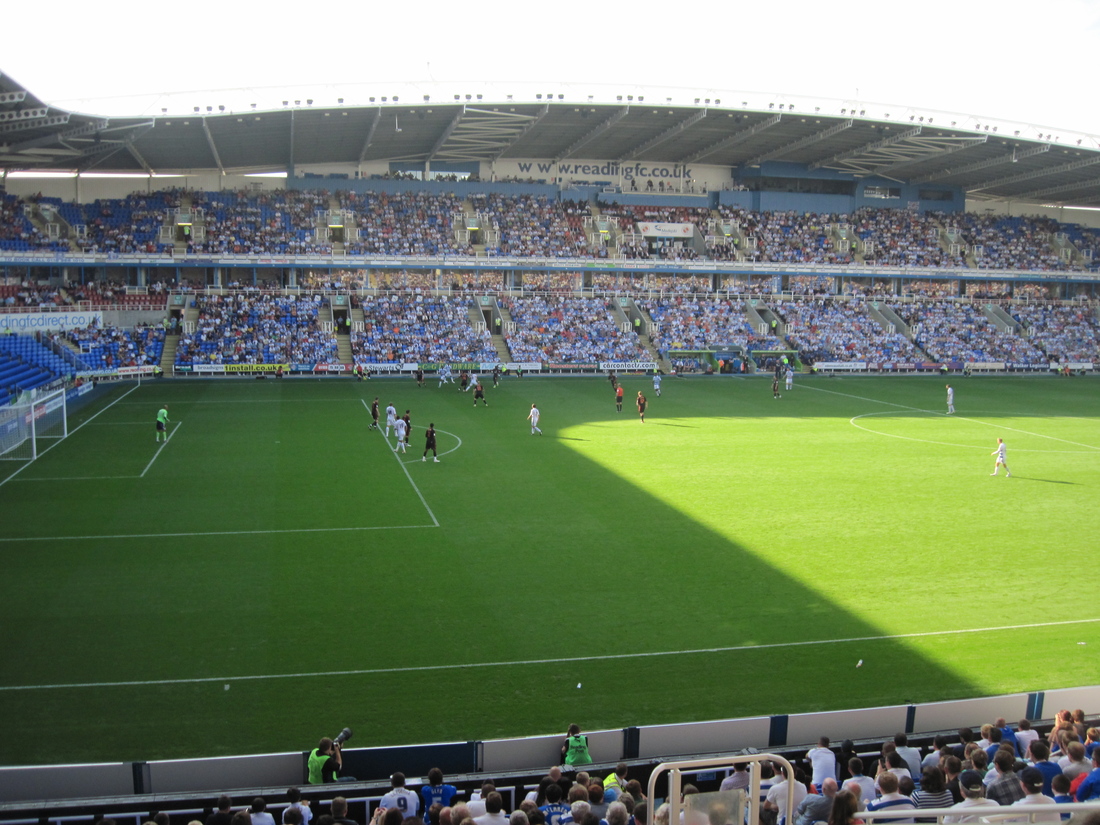 Reading made it four games unbeaten on Saturday after drawing 0-0 against Middlesbrough in a sun drenched Madejski Stadium. The visitors had the better of the chances but Royals fans can take heart that this performance was perhaps the best we've seen at home this season and we've now got a solid platform to go into the international break with.

The last time we'd drawn 0-0 was on a cold night against Leeds last November but the conditions on Saturday couldn't have been any more different as players and fans basked in almost 30 degree temperatures at the Madejski Stadium.

Brian McDermott made one change to the side that started at Ashton Gate the previous Tuesday, with Hal Robson-Kanu coming in for Noel Hunt who did an ok job filling in out wide but lacked the impact of the Welshman. There was also still no sign of Jimmy Kebe, who was again ruled out through injury. While you can understand Reading's reluctance to risk Kebe, it's worth noting that the Malian winger has now missed 11 of the past 18 games through injuries, a fact that could come into play during the ongoing contract negotiations between him and the club.

Reading started the better of the two sides, with Church and Le Fondre both looking lively up front and Jobi McAnuff also enjoying being on the right wing. Still, the Royals found it difficult to break through a Boro defence that employed three centre backs as well as two wing backs and couldn't force Ikeme into any saves of note. The visitors grew into the game as the half wore on and could have gone ahead but for a fine double save from Adam Federici, who denied Boro's top scorer Marvin Emnes as well as Scott McDonald. Emnes had come into the game as the one to watch and he looked lively, enjoying lots of space down the Reading flanks, capitalising on the forward play of Cummings and Mills. Thankfully for us, the quality of passing through to the Dutchman was far from impressive, with several over hit passes failing to find the mark.

Both teams continued to work hard into the second period but again found quality lacking when it mattered. Boro did hit the woodwork through Robson and McDonald should have done better after the ball was cut back into the box but Reading generally kept them quiet. At the other end Church was unlucky to be ruled offside after being played clean through, while Le Fondre nearly scored late on after finding space on the left but really Reading failed to forced a save of note on the visiting keeper once again. As the game wore on players from both teams began to tire in the heat and in the end both teams will be fairly happy with a point.

Overall it was one of those games where just about every player would get a rating of around 6 or 7, with no 5's or 8's to be found. Adam Federici, Shaun Cummings and Adam Le Fondre can all be happy with their performances, while Mikele Leigertwood and Joe Mills will again be looking over their shoulders at Jem Karacan and Ian Harte, after both failed to really catch the eye. Leigertwood in particular continues to frustrate, with some great positioning and tackling being undone by misplaced five yard passes and wasteful long range efforts on goal. Just like last season our campaign could ultimately be defined by whether the former Blade can reach a high level of consistency.

The positives are the growing confidence of the back four, with Brian McDermott finding a fairly settled back five for the first time since this year. It's a small sample size but two clean sheets in three games is a promising sign. It was also nice to see Jobi McAnuff a bit more involved in the game. while Hal Robson-Kanu did his chances no harm with a good display down the left.

We've now got two weeks off thanks to the international break before a trip to Burnley and hopefully the break will leave us refreshed and ready to move on up the table.