View From The Town End - Derby

Share All sharing options for: View From The Town End - Derby 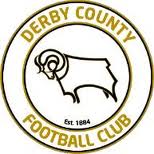 Another week and another View From The Town End! This time one of our own contributors, Derby fan Pete Odgers, gives us his view on his team ahead of their trip to the Madejski tomorrow night.

How has the season gone so far for you guys?

It's an impressive turn around so far for Derby, what's behind it?

Two things....A combination of a couple of clever and canny signings pre season, and discovering that a couple of our youth team players are a whole lot better than who represented the team last year. The new signings Jason Shackell and Craig Bryson seemed to have added much needed steel to the side, whilst youngsters Mark O'brien and Jeff Hendrick have added honest endeavour. All in all our team seem more organised and a whole lot tougher to play. Having said that, I'm a little concerned, as we won’t be able to rely on the youngsters all season, and our squad isn’t big enough to realistically keep a promotion push going.

Who's impressed you in the Championship?

Southampton (I know it’s an easy answer), but I tipped them before the start of the season. After promotion last year they’re full of confidence, play good football, and have a number of players who are a handful for most clubs in this division. They’re also on a sound financial footing, so will probably be able to add to their early momentum in January.

Tough question. We haven’t really got the best of records against you lot. It was a while ago, but I remember us beating you Royals 3-0 on the opening day of the season at Pride Park in 2002. It was our first game since our relegation from the Prem. Many pundits at the time thought we’d bounce straight back, and I remember naively thinking I’d enjoy my club being in the then named division one, as we’d finally get to comfortably win a few matches and be near the top of the league. Sadly I was very wrong, you went on to have a great season, whilst we finished just outside the bottom 3 in financial meltdown...... not much has changed since. Here’s a Reading report I found on the game....interesting reading, particularly the team sheets!

The obvious one would be the 4-0 drubbing you handed to us at PP in both our last games in the Prem in 2008. But I wanted you guys to stay up that year, and we’d been so bad that season I’d become numb to the pain of losing. So I’m actually going to say last year in December when you got a smash and grab 2-1 win at Pride Park. We were the better team for long periods, and at the time we were playing really nice football. Federici had ‘one of those days’ where he saved everything. This, combined with a couple of other unlucky defeats meant fickle fans got on the managers back, and he consequently backed away from the nice football, confidence soon went too.

Who will Derby fans fear on Tuesday?

McAnuff if he’s fit. And Le Fondre – So many of our fans have wanted us to sign him, I think their all kind of itching to go ‘I told you so’ when he strokes in a 90th minute winner.

Who should Reading look out for?

Shackell has been immense at the back. In terms of attacking options, we play very much as a unit rather than with individual flair. Having said that Ben Davies hasn’t half got a great right foot on him.

We must be due a win at your place, so with that in mind a 2-1 win for the rams.