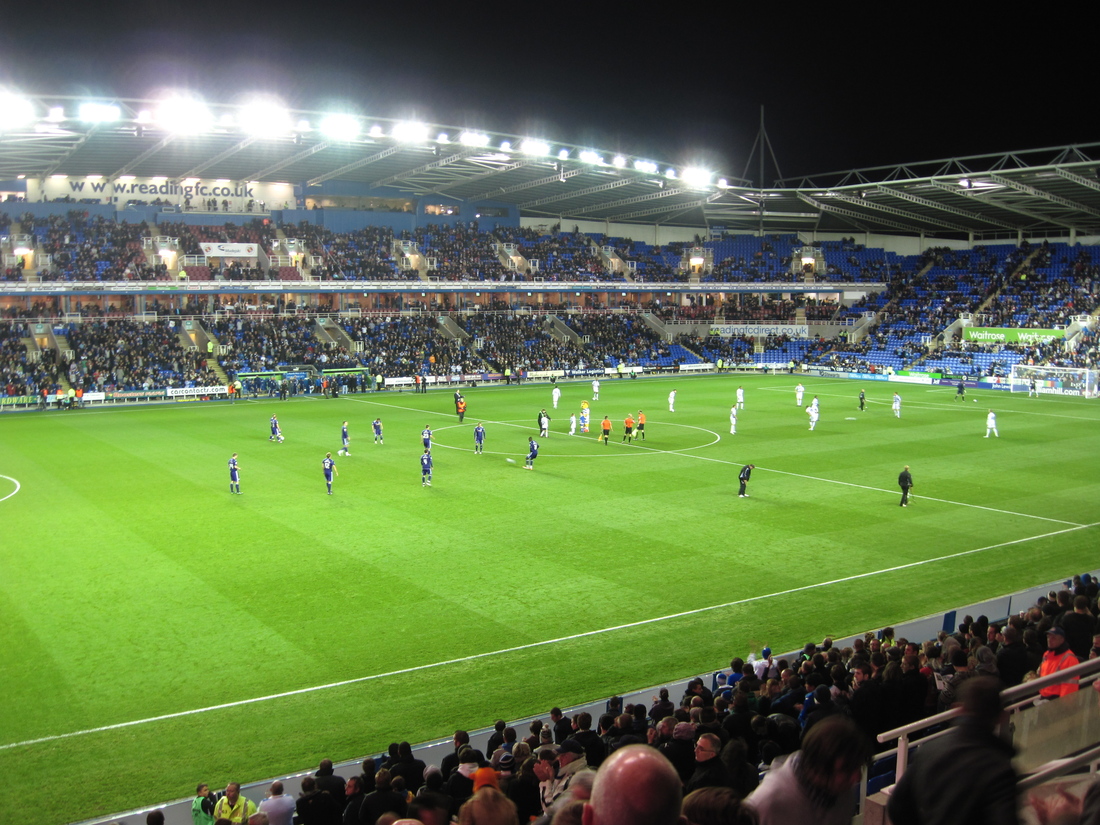 It's hard to know what to think after games like this one. On the positive we got a point against a top six side and showed great resilience to come from behind twice against a well organised defence. On the downside we conceded two sloppy goals and despite dominating possession, we looked toothless in the final third.

More thoughts on that and some musings on some half time shenanigans after the jump.

I've tried writing this first line half a dozen times now and to me that's a sign that A) I probably need more sleep and B) Tuesday's game was a frustrating experience of watching a team with potential and spirit, just fall short due to a lack of quality when it mattered. The notable exception to that second statement would be Adam Le Fondre who scored two terrific goals to earn us a point and keep the momentum going forwards.... if not as fast as we might like.

Saturday's game at Burnley had earned us three points but at the cost of skipper Jobi McAnuff and fellow midfielder Jay Tabb who were both ruled out of Tuesday night's game through injury. The blow of losing the pair was softened when news came through that Jimmy Kebe would appear for the first time in a month, going straight into the starting lineup while Jem Karacan came in for Tabb.

The first half of this game could be perfectly inserted in a dictionary (ok the mechanics of actually inserting it into a dictionary might be tough..) next to the word scrappy. Neither side really got into a rhythm though Reading did have the lion share of the possession when they weren't lumping the ball long. Kebe and Robson-Kanu were seeing a good deal of the ball but both failed to deliver a high quality of cross, while County packed the middle of the park effectively to limit our chances to a couple of Leigertwood long drives and a good save from a Le Fondre header. As mentioned Derby were well organised and knew their jobs well. They didn't come with an attacking game plan but they did have a dangerous outlet in Theo Robinson who looked capable of doing some damage and the former Millwall man did exactly that in the second half.

On the hour mark a free-kick was floated in from the Derby left which was flicked on at the near post by Jason Shackell into the path of Robinson at the far post who slid in to make it 1-0 Derby. The marking for the goal left much to be desired, with Robinson one of two Derby players in scoring positions and Leigertwood in particular should have covered his man better.

Reading fought back though and just 6 minutes later were level thanks to Adam Le Fondre's third goal for the club. The striker hit a lovely little chip finish over Fielding from just inside the box to find the bottom corner and square things up at 1-1.

As we've come to expect the beast was then unleashed, coming on for Kebe but it was Derby who found the net next when once again a floated ball in from the left went in to the far post where Cywka muscled past Mills to make it 2-1. Mills should have done better but just as he was at Bristol City, Mills was bailed out by another late Reading goal.

Le Fondre was the hero again, when he was on the end of a Robson-Kanu cross to make it 2-2 and that's how it stayed.

On the balance of play Reading probably should have won the game but then they once again failed to turn time on the ball into chances, having just 10 shots despite 67% of the possession. It felt almost as if we'd gone back in time to the days of Brendan Rodgers, where his sides used to see a lot of the ball but with very little end product. To me we're still crying out for a central midfielder who isn't afraid to get up into the box and is capable of playing a killer ball through to Church of Alfie. I know they don't grow on trees but without finding one, I think this team will struggle to reach the next level. Promotion winning sides of the past have been built on finding these type of players and what I wouldn't give to see Osborn, Sidwell or Sigurdsson in the squad at the moment, even Darren Caskey would be a great option to have... although probably not in his present shape, I dread to think what he's become given his fitness even at his prime. Jimmy Kebe and Hal Robson-Kanu did their best out wide but Kebe didn't look 100% while Kanu struggled to get a consistently good ball into the box, though the Welsh International did deliver when it counted and duly got an assist for the second goal.

At the back I hate to keep being negative about a player but Joe Mills just isn't up to scratch at the moment. I'm far from writing him off and he's certainly shown hunger and moments of good play but the number of mistakes is only growing and you can already point to 2 goals as being directly his fault, at Bristol City and the second on Tuesday. Ian Harte was once again named on the bench and I'd imagine a poor result on Saturday would seal Mills' demotion back to the bench for the trip to Palace a week Saturday. Speaking of Harte, you have to wonder why he isn't warming up for the last 5-10 minutes of a game when we've got a sub left as Tuesday night saw us presented with a perfect free-kick for Harte just outside the box in the dying seconds, with Harte nowhere to be seen.

On the positive side of things, Adam Le Fondre just looks better and better. His first touch is excellent and his work rate off the ball is nothing to be scoffed at either. As he gets fitter and stronger he's going to be an even better threat, that coupled with a settled side around him and I don't think it's dream land to suggest he might even score 20 by the end of the season. Despite my concerns about a lack of creativity, Jem Karacan and Mikele Leigertwood also deserve praise for a very solid display in the middle, with Leigertwood looking closer to the player of last season than the imposter that took to the pitch in August and September. Gorkks, Pearce, Cummings and Federici also had decent games but much like Middlesbrough it was a game full of 6's and 7's rather than 8's and 9's.

Next up is Southampton in a live Sky game on Saturday night and I'll roll out the cliche of 'this one won't be easy' the Saints are flying high and top the division right now so this will be by far our toughest test of this campaign.

Oh and I suppose I should mention the half-time shenanigans.... I've never liked Savage as a player or a pundit but credit to the guy for having the guts to go out there and do his dance routine in a stadium of a club he's never played for. 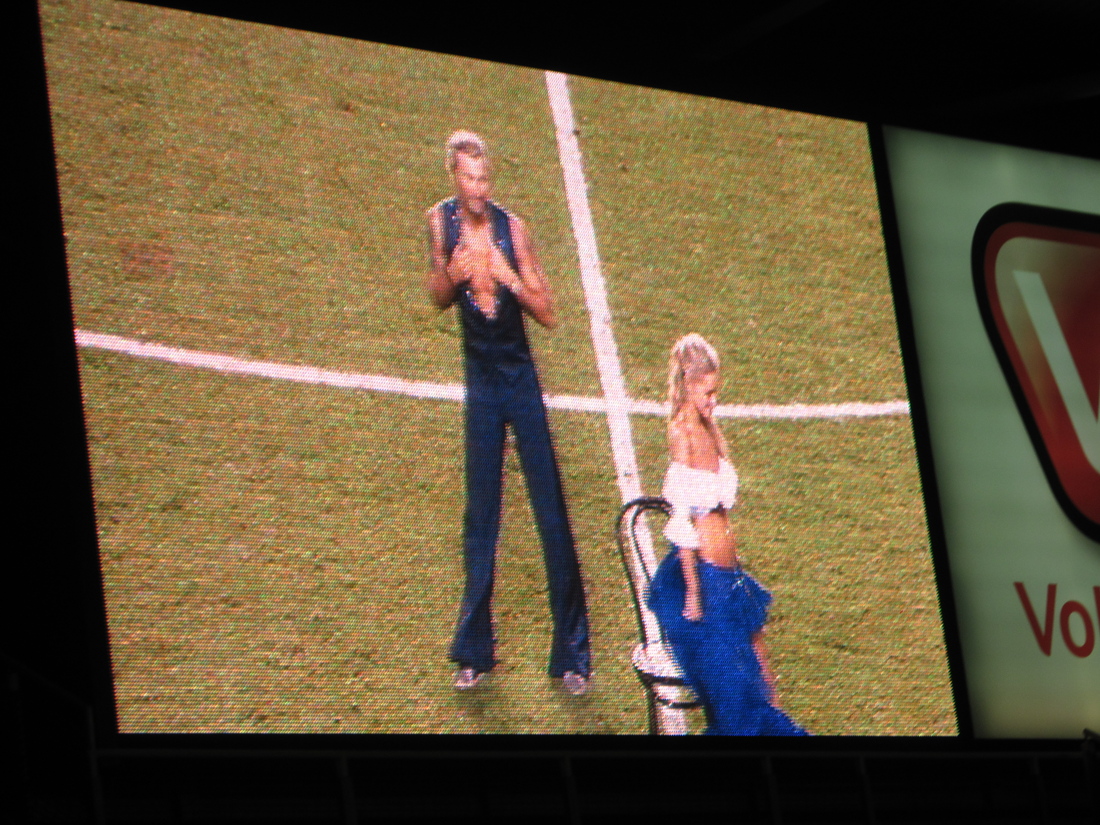 I was at Goodison Park a few years ago when Sylvester Stallone came onto the pitch but Tuesday might take the new crown of biggest WTF moment on a pitch I've seen. In his last 3 appearances at the Stadium Savage has now played in goal, stripped to his pants and done a Tango.... answers on a post card for how he's going to top it next time.