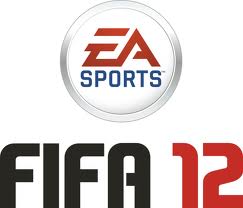 Steve came into the season with a perfect record at FIFA 11. But with the new season here and a new game could he continue the streak and make it 1-0 at FIFA 12? Find out if Steve could lead Burnley to a win over the Royals or if the readers fought back.

A new season and a new game for take on the Tilehurst end but ultimately the game ended with the same result, a win for the reigning champion of Fifa Steven Wood.

We kicked off the first game of the season with Reading v Burnly, this was an extremely close encounter with the later just about coming out victorious. Reading took a surprise 1-0 lead in the opening 10 minutes and for a while it was one way traffic.

The first half was a very scrappy affair and it ended with Reading winning 2-1. As the second half started Reading were still creating chances but unfortunately for the challenger they were not finished and as the half wore on Burnly grew into the game and Matty Paterson grabbed two goals to give burnly a 3-2 lead.

Late on chances were missed by both teams and that was how the score line ended.  Another victory for the Tilehurst end but it was an unconvincing one. who will be next to take on the Tilehurst end and try to bring an end to an impressive eight game winning streak.
2011/12

If you think you have what it takes to end the undefeated run then we'll be playing as Southampton until Monday. So send us a challenge!

To challenge leave your name and time you would like to play and we will try and set up a match. Good luck!

FIFA 12 © 2011 Electronic Arts Inc. All Rights Reserved. All trademarks are the property of their respective owners. Official FIFA licensed product. “© The FIFA Brand OLP Logo is a copyright and trademark of FIFA. All rights reserved.
Xbox 360 copyright © Microsoft corporation. .Xbox, Xbox 360, and the Xbox 360 logos are trademarks of MicrosoftCorporation.
Reading FC News 24/7