Share All sharing options for: View From The Town End - Cardiff City 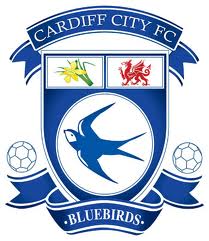 Well after a two week break I can't wait for 3 o'clock Saturday and the return of some 'proper' football. This weekend the Royals face Cardiff, a team that we beat over two legs just six months ago to reach Wembley. A lot has changed in that time and Cardiff have started this campaign the better of the two teams but Reading's recent form gives us cause for hope. Ahead of the game, Cardiff Simon Richards has again kindly helped us out with his usually brutally brilliantly honest thoughts about the how he sees the game going.

However in truth this little bit of news was somewhat of a relief to me. After last seasons beautiful failure and the season before’ s and the season before’ s and the seas…(repeat to fade)…….a chance to break the unflinching circle of desperation that enveloped the club at every final hurdle came as a welcome break. I can only liken it to that feeling you get when giving up smoking. You know you’re going to miss it, it’s been a big part of your life for so long – but you can’t wait to run through lush green meadows, blinking in the sun and breathing in lush fresh air. I thought finally I can take a step back and not get engulfed in the hopes and dreams of promotion only to see them slip away – I’d be a safe distance, still interested but not engulfed.

Just my sodding luck then that Jones has upped sticks and left a wirly, charismatic Scotsman in charge.

Stupendously hardworking, marvellously full of effort this new dressing room is thankfully no longer busting at the seems with the leading light ego’s of last season’s gut wrenching capitulation.

The men whose shoulders were heavy with the burden of gigantic gambling bills, England caps and bottles of Crystal left and in came a new beast. An animal seldom seen at the Cardiff City stadium (apart from in opposition teams), an animal that fights, bites and never gives up in the single minded search for the ball and 3 points.

It’s been an impressive start to the campaign, far more impressive than most dreamed. I’m sure most City fans would have been happy with mid table mediocrity in return for a picture of the back end of Jones and his overpaid darlings. However we’ve shown our selves to be a side that has a fair amount of attacking flair, and while our defensive backbone creeks with every billowing attack we have exciting options and goal scorers across the front 6.

So while I may be watching my son take on the bruisers of Bargoed FC Under 11’s this weekend I will secretly be refreshing my twitter feed hoping to read a ‘It’s only bloody Miller time again’ tweet. I might just have a drag or two before May.

Has there been a big change now that the Dave Jones era is over?

Everything has seemingly changed. Malky doesn’t stop shouting on the touchlines – while Jones would have stood there arms crossed.

Malky has a high tempo in training - while Jones would have stood there arms crossed.

Malky talks to the Welsh media with the Charm and wit of a performer - while Jones would have stood there arms crossed.

In short Malky has bought a positive new vibe to the place, he doesn’t want big name players and neither do we. He’s a no nonsense, baulchy Celt just like us and he clearly loves the game just like us.

I remember arriving late at an evening kick off during Ninian Parks ill- fated final season and finding the Bob Bank terracing jammed to the rafters.

We had just signed a speed king called Wayne Routledge and were starting to play some blinding football.

Routledge, who was to become the perfect pantomime villan at the club after jumping ship for QPR and finally signing for Swansea, lit the touch paper with run after run at the Reading back 4. He scored his first for the club after only 10 mins after great work from Chopra.

The game ended 2-2 after a Bikey sending off and Hunt equaliser but it was a fantastic advert for football and a great tub thumping atmosphere.

It could have been an episode from Mr Bean. A howler from the Keeper, players sitting on their arses and 3-0 home defeat in the play-offs second leg.

Who should Reading look out for on Saturday

Got to say the man that makes us tick is Whittingham. He has been faultless this season and indeed added the dimension of tackling to his game.

He pulls the strings in a midfield that should also contain a fair measure of Slovakian and Icelandic Steel.

Upfront Miller has hit a fine patch of form, culminating in a fantastic goal for the Scots last Friday night, however don’t ignore a young buck called Mason. A £250,000 steal from Plymouth the youngster has been a revelation this season.

Who will Cardiff fans worry about.

Kebe is always a worry, Federeci tends to have stunners against us and your Welsh contingent will be up for it. Don’t like the look of your Number 13 though.

With 4,000 Cardiff fans making the trip I think they’ll be more worried that the Bar Manager has ordered a few extra barrels of Brains than anything else.