View From The Town End - Blackpool

Share All sharing options for: View From The Town End - Blackpool 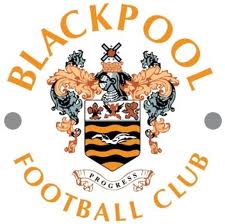 With back to back wins we're suddenly right back in the play-off hunt and Brian McDermott will be hopeful of making it three wins from three when we face Ian Holloway's Blackpool at Bloomfield Road tomorrow.

Ahead of the game Chris Walker from Up the ‘Pool was kind enough to share his thoughts on how Blackpool's season is going and how he thinks tomorrow's game will go.

In terms of our current league position, it's gone more or less as I'd predicted - a finish on the fringes of the play-offs looked the most likely outcome based on our player recruitment. However, in true Blackpool fashion there have already been many ups and downs, with form relatively inconsistent.

The trough of the season so far was unquestionably in the wake of the 3-1 derby defeat at Burnley, yet this was immediately followed by the season high, a 5-0 win away at Leeds. I'd expect this pattern to more or less continue - a long run of either defeats or victories is unlikely. Quite where we'll end up though is anyone's guess.

It's more than six months since relegation, now that the dust has settled how do you view your first season in the Premier League?

Mainly with regret. We were so very close to retaining Premier League status and it is galling to think back to all the little things that could have gone in our favour and see us survive. I'm proud of the way the team regularly matched up to more well-resources clubs, but regret is definitely the prevailing emotion.

It's particularly frustrating to see how well the three promoted sides are doing in the Premier League this season, with them getting all the praise and Blackpool an already faded memory in the national limelight. I do wish them all the best and hope they survive, but it's hard not to think "that should be us".

(Ed. A feeling that I'm sure many Reading fans empathise with!)

Do you think the club will return there in the next few seasons?

It's hard to say. Our budget has gone back to almost what it was and it seems that we won't be using the Premier League millions to try and get back there, rather to secure the long term future of the club. It's an admirable path to follow in the wake of so many clubs that have imploded, but a little more ambition would have been nice, both last January in order to secure Premier League survival, and this last summer to give Ian Holloway a better squad with which to work.

If we are to go back up in the coming years, it would almost certainly be through the play-off route, as so many other teams are throwing big money at the promotion dream, making it very hard to compete for a top two spot.

Who has impressed you the most in the Championship this season?

Both of the big spenders in the division - West Ham and Leicester - brushed us aside with relative ease so I'd expect at least one of those two to go up automatically. Middlesbrough looked like a side worthy of a top six finish, but few others have massively impressed. We are yet to play Southampton however, who look unstoppable at home - we have the misfortune of having to play there next week.

To be honest I don't particularly have a personal memory of a time where we've really done well against Reading. You have typically been above us in my lifetime and no memorable wins spring to mind.

I've seen a fair few losses against Reading down the years, but one are memory I have of Reading is more for off-the-field reasons. It dates back to 2002 when Reading were competing with Brentford for promotion. In March of that season mid-table mediocrity was assured for Blackpool, with an appearance in the LDV Vans final the only thing to look forward to.

As a result, when playing the Bees mid-week before the final, then manager Steve McMahon opted to rest players for the big occasion to avoid injuries. Alan Pardew then embarked on a huge tirade against us, demanding we be docked points and all sorts. It's more an anti-Pardew memory than an anti-Reading one, but it sticks in the mind nonetheless.

Who should Reading fans worry about on Saturday?

One man to watch would have been Jonjo Shelvey, but he has just been recalled from his loan by Liverpool. Instead Reading should probably be wary of Lomana Lua Lua who has emerged from the footballing wilderness and looks very tricky at this level. It might also be the case that Tom Ince gets a well overdue start on Saturday, and he can be a very dangerous player.

Who are Blackpool fans worried about?

Jobi McAnuff is always a threat when we come up against him, and with defensive injury problems it's fortunate that he's suspended. I'd also be worried about the set-piece ability of our former player Kaspars Gorkss. He scored quite a few headers from corners and free kicks during his time at Bloomfield Road, and defending set-pieces has never been our forté. 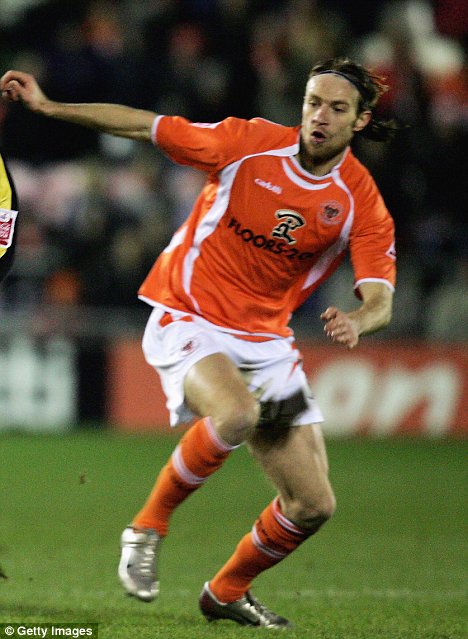 Bring warm clothing! Blackpool in the winter can be miserable weather wise, with the wind especially vicious.

We need a win after three games without one and a trip to Southampton to follow, so I'll go for Blackpool to edge it 2-1.