Winging It - Should We Be Concerned With Jimmy Kebe's Production?

Share All sharing options for: Winging It - Should We Be Concerned With Jimmy Kebe's Production? 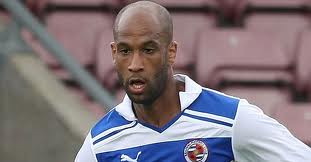 A lot has been written and said about Jimmy Kebe recently, with even the man himself giving a rare interview to the press about his contract situation. While that situation continues to rumble on behind the scenes, on the pitch it's fair to say Jimmy hasn't exactly been Jimmy this season... or has he?

I've written more than once this season that Kebe seems off-form and looks disinterested but do the stats back up the notion of a struggling winger who needs dropping and a ticket out of the Madejski, or has Kebe still produced at a level befitting a good Championship winger?

To help with it I thought I'd take a quick look at some basic stats to see if Kebe is matching his output from previous years and how he compares to our other wingers this season, as well as his own efforts from years past.

Without access to detailed pro-zone stats I'm restricted to those off the club website, I also realise that stats only tell half the story but for now I'm concerned with final production rather than his overall contributions.

Here are the league stats for our three main wingers this year, Jobi McAnuff, Hal Robson-Kanu and Kebe.

On this basic statistical level Kebe matches up well alongside our other two wingers this season. Despite 7 fewer starts he's scored the same number of goals and had 1 more assist than Jobi McAnuff, who has also had nearly 3 times the number of shots as Jimmy. Hal Robson-Kanu has scored 3 in just 9 starts though has found the net just once since August 20th, with a fine effort against Peterborough.

With those figures it's hard to figure out just why Jimmy is coming in for so much stick compared to others. When you also take into account the fact he's been struggling with an injury for a most of the first half of the season, being involved in 5 of the 23 league goals we've scored isn't that bad.

However a frequent complaint from those in the stands and online is that Kebe just isn't the same Kebe that became one of the best players in this division since McDermott took charge, but lets look at the stats from those couple of seasons plus his one full year under Steve Coppell.

The most noticable thing is the drop off in goals from the last two years. Kebe found the net around ten times in each of the past couple of seasons but is on pace for just 3 this campaign, a significant drop. Kebe's numbers this year are closer to the levels we saw in Steve Coppell's final season, when despite making 38 starts, Kebe scored just twice.

It's also interesting to see how little Kebe has taken a shot on goal, with the Malian winger averaging less than a shot per game, well down from the roughly 1 and a half he averaged in the past three years and a rate that is also well below that of his fellow wide men this year.

So why the drop off in goals? 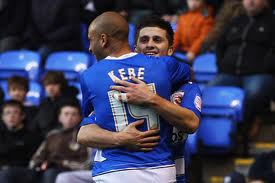 One theory is that our style this year doesn't quite fit the former Lens man in the same way it did in seasons past. In the past two years Kebe has had Shane Long leading the line, a player who's been happy to work the channels and drag defenders away, while also being capable of holding up the ball and letting Kebe take it on. This year we've been far more lightweight up front and with a poacher like Le Fondre in the side we've not being able to hold the ball up or tire out defenders in quite the same manner.  This current game plan is a lot closer to the Hunt/Doyle pairing we had in 2008/09 and Jimmy's stats are much the same, with more assists and fewer goals.

While his goal levels are down, Kebe is currently on pace to better his assist levels from the last two years, looking set to finish on around 9 or 10, three more than last year and five more than two years ago. He'll need to pick up the pace a little bit though, to match the 11 he had in that 2008/09 season.

But is Kebe contributed his fair share compared to the rest of the team combined? Here are Jimmy's goals+assists compared to our total number of goals.

So relative to the team's performance, Kebe has been contributing at around the same level for each of the past 3 seasons. In this campaign the winger has been directly involved in 22% of our goals, exactly the same as last year and the year before.

Now an argument can be made that better play by Kebe = more goals and a better ratio but what the stats do show is that Kebe is pulling his weight and contributing as much as he ever has to our goalscoring efforts.

Perhaps we're just focussing more on his efforts because he hasn't had the help of another star player like he has done in years past. In 08/09  the Hunt brothers, Doyle and Long were all around the side, followed the next year by the emergence of Gylfi Sigurdsson before Long and to a lesser extent Ian Harte took the star goalscoring/assist making billing last year. This season Harte has been out of the side until recently, Long is gone and no striker has really stepped up to the plate to fill his place. We've also no creative outlet in the middle of the pitch and Jobi McAnuff is a year older and with the extra responsibility as captain.

With the weapons in the side at arguably their lowest point since Kebe joined the club, is it really that surprising that he's finding goals harder to come by?

Again as I said in the preface, stats only tell a fraction of the story and the majority of fans will agree he's not been at his best, but should Kebe be so singled out for criticism or is he the just a victim of being a part of a team that's not as good as before?

Kebe could well be gone in January, June or July and a lot of fans are seemingly eager for that to happen. But based on the numbers above, I'd not be quite as quick to push Jimmy out the door and if he's producing at this level when he's playing badly? think about what just a small improvement could bring.