Share All sharing options for: View From The Town End - West Ham 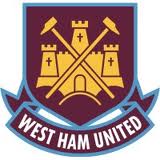 Saturday sees arguably our biggest game of the season so far, when West Ham visit the Madejski Stadium in a sell out clash. Sam Allardyce has helped the team consolidate after relegation and they're looking well placed to make an instant return to the top flight. But Reading have a good home record against the Hammers, highlighted by a 6-0 demolition job in our first Premier League season.

Ahead of this weekend's game Scott Tracey from The Game’s Gone Crazy gave us his thoughts on West Ham's season so far and what he's expecting Saturday.

Dire, we may be second but the football is bludgeoning. Anybody who remembers Wacky Races will know what I mean when I say that instead of Peter Perfect in the unreliable but purring Turbo Terrific 9, we are now watching the Slag Brothers in the Bouldermobile 1. Doctor Evil Allardyce has discovered the secret of De-Evolution!

Has the off field saga over the Olympic Stadium had any noticable impact on the club?

Not really. Princess Brady gets her royal knickers in a twist over it from time to time but, like the pitch in the stadium, it's too far away for us fans to care what's going on - for now!

What are your best memories of West Ham v Reading?

Not the 6-0 defeat! Although I hated Alan Turds Curbishley so it didn't feel as bad as the 4-0 thumping to Bolton which triggered the sacking of Pants Down Pardew - a terrible, terrible error!

So best memory would have to be the 3-0 victory on your dungheap the following season! Revenge was sweet. Two goal Matty Etherington had thirty grand on himself to score a hat trick allegedly!

LOL the 6-0 New Years Day Massacre and the 1-1 Boxing Day home draw when you were down to 10 men! Always try to play West Ham the day after a 24 hour bender! (And I'm not talking about Morley and Bishop!)

Who should Reading fans be worried about on Saturday?

Not who but what! Get neck braces, Allardyce is coming to town! The biggest threat is if there is bright sunshine, your eyes could be damaged looking skyward for the ball! Nolan is our "big" threat, if he can be arsed to break into a jog!

Who are Hammers fans worried about?

Allardyce. Well any GENUINE West Ham fan is! Princess Brady wanted to rename us West Ham Olympic, Doctor Evil has rebranded us as "West Ham Wanderers". The clever money will be on you lot scoring in the last five minutes, when we are vulnerable and you seemingly come alive!

Sorry but I am deeply superstitious. If I predict a West Ham win I get kicked in the cobblers, and if I predict a victory for the opposition, God always proves me right. My prediction, therefore, is that even if we win, our performance will be dire. If you want entertainment, go and watch paint dry instead!

Thanks again to Scott and we'll have a full match report up following the game here on The Tilehurst End.