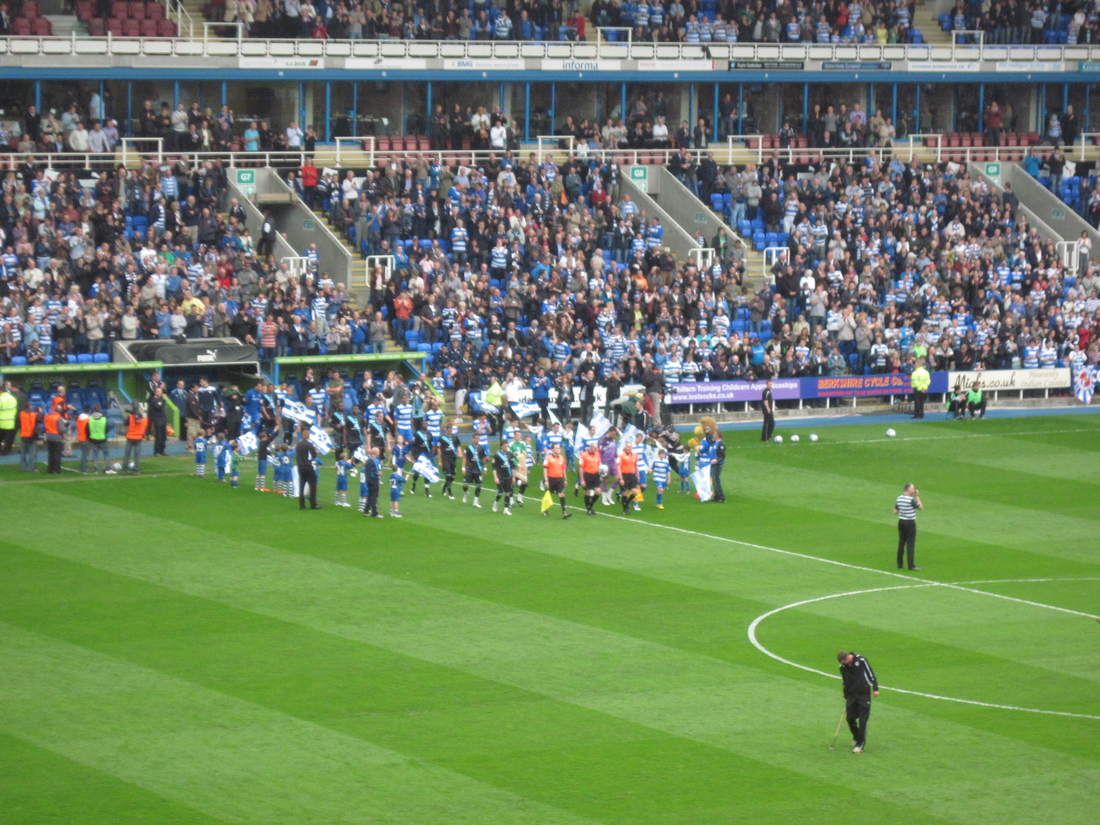 Part three of our greatest Reading FC moments of 2011 sees Chris Hartley look at a day when Jimmy Kebe stole the show and overshadowed a former England manager's return to the Madejski Stadium.

Ah, Reading 3 Leicester City 1, this was one of the most complete team performances I have witnessed from a Reading side under Brian McDermott. It was the last win of an eight game winning run and arguably the most important of the eight as it killed off Leicester's play-off charge that had been a gathering pace under ex-England manager Sven Goren Eriksson. There were many stand out moments from the Royals performance that day and almost all of them seemed to involve the enigmatic Jimmy Kebe.

Coming into the game we had won seven on the spin which had seen us move up from midtable to the playoff places but going into this game I had butterflies in my stomach and not the good kind, knowing that Sven Goren Eriksson’s Leicester City were not going to be a pushover despite a recent good record against them. Leicester were also on a charge towards the play-offs and had a feared foe in on-loan striker Yakubu in their side that day who always seems to score against us.

However we were fortunate that Leicester were as toothless as Shane Macgowen that day and failed to turn their possession into goals. On the eighteenth minute the first goal arrived when the irrepressible Shane Long broke free down the left, easily out pacing two Leicester defenders before squaring the ball to the on rushing Kebe to slide in to the net, However just as the stands had stopped jumping, the increasingly Impressive Kebe found his wing partner Jobi McAnuff who’s well placed effort found its way in to the bottom corner and cue utter jubilation in stands once again. From that point on it was the Kebe Show.

In between goals Kebe missed a hat-trick of chances, one which would have been a contender for goal of the season, as he salomed his way once again before poking his shot wide. Yet even though it did not find the back of the net he once again he gave the fans another reason to rise from their seats. The Royals were further frustrated when a wicked Iain Harte free kick was headed off the line by an alart Leicester defender.

The third goal was Kebe at his best. Picking the ball up just outside the 18 yard line Kebe sprinted the length of the pitch in no time before squaring the ball towards Shane Long, the cut out ball rolled beautifully into the path of the on rushing Noel Hunt who placed his shot into the net pass the despairing hand of Leicester Keeper Chris Wheale , three – nil and the points were secured. More importantly the winning run was to continue and Reading fans were dreaming once again of becoming a top flight side.

Was this Jimmy Kebe’s finest hour so far in a blue and white hooped shirt? That is open to debate but it is one of those performances that we had been waiting for, one where you stood up in anticipation that something good was going to happen every time he got the ball. The injury he picked up in this game would keep him out until the play-off final and as of yet he has yet to reach the heights of that day.

Day's like that one in April are rare for a player that continually divides opinions but if and when does leave the club at least Kebe will have left the fans with some great memories, none more so that that sunny spring day against the Foxes.

Highlights can be found here