View From The Town End - Watford

Share All sharing options for: View From The Town End - Watford 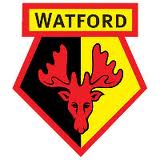 After a disappointing start to 2012 Reading will be desperate to get their season back on track with a result at Watford.

The game is a live Sky game and Jason Bailey one of the hosts of Watford fans podcast 'From The Rookery End' was kind enough to share his thoughts on Watford and Saturday's game below the jump.

You know what, it's been alright! It was a bit of a shaky start, slightly masked by a couple of decent performances that didn't get their reward early on. But a poor October left fans split on whether Dyche was the right choice as manager. Thankfully he was given the chance to prove the doubters wrong and starting with a 3-2 victory over the ever entertaining Peterborough at the end of October, the Hornets have only lost two of their last 13 games.

Reading's 2-0 defeat to the Hornets in September has been viewed as one of the worst Reading performances of the last ten years. How was the result and performance viewed from a Watford POV?

That was our first win of the season and the general consensus was that we didn't have to work too hard to get it. Mind you, we had waited over a month for a three pointer and at the time we hoped it would be the catalyst to pick up some form and start climbing the table. It didn't quite work out like that. So we just had to be content with the memory of Mark Yeates' great free kick to keep us smiling for a little bit longer.

What do Watford need in the transfer Window, and what do you not want to see happen?

Well we've fulfilled one of our requirements already! Nyron Nosworthy signed on loan from Sunderland back in October to howls of concern from the fans. We remembered his awful, awful debut for Sheff Utd at Vicarage Road a couple of seasons back. But we had no need to worry! Big Nozzer has been outstanding and this week he completed a two and a half year permanent deal for the Hornets. As well as his own starring performances, he seems to have brought the best out of his central defensive partner Adrian Mariappa. The problem there is that a certain B. Rodgers of Swansea City is a big fan of Adrian and we may see a bid for him from South Wales sometime this month. We did have Michael Kightly on loan from Wolves until the New Year. It would be nice if we could find an equally talented winger to float down the left. And if any Premier League managers or scouts are reading this. Marvin Sordell is rubbish. You don't want to sign him. He best stay with us. (Do you think that will work?)

West Ham, Middlesborough and Cardiff to go up. Sorry Southampton fans, I think the other three will usurp you in your bid for back to back promotions. And I may have upset the minority of Watford fans that developed a hatred of Malky after he nicked our backroom staff & Don Cowie for his new look Bluebirds. Hey ho. These things happen in football.

Coventry, Doncaster and Millwall to go down. Cov have shown a sniff of recovery but I don't think they've got enough for what is now a big task to get out of trouble. Donny have a bunch of mercenary Premier League has-beens. We saw them at Vicarage Road a couple of weeks back. Passionless, whinging and playing for their next move in the transfer window. They're not going to get them out of trouble.

Who should Reading fans watch out for on Saturday?

The 'rubbish' Marvin Sordell is capable of a bit of magic. And Jonathan Hogg. We picked him up from Villa earlier in the season and he's proved a hit. He plays as a defensive midfielder, haring about the pitch in front of the back four, breaking up the play and launching attacks like a 'soccer' version of Eli Manning (for the uninitiated, he plays quarterback for the New York Giants - I'm something of a fan).

Anybody Watford are worried about?

I still worry about the threat of Kebe and McAnuff. I think I mentioned the pair of them earlier in the season and I keep hearing Jobi's name mentioned on the Football League Show, when the BBC can be bothered to show it that is!! It could just be that as an ex-Watford player, my Spidey Senses pick it up when his name is read out. But from afar, the impression is that McAnuff is having a good season for you.

If you want a pre-match beer, then Oddfellows, just round the corner from Vicarage Road, always seems to be popular with away fans. And the stadium concourse in the away end is tiny, so another reason to beer up elsewhere. Of course, there are plenty of other pubs in the town centre, conveniently placed halfway between Watford Junction and Vicarage Road. Oh, one more tip. Don't eat anything bigger than your head.

We've been defensively sound of late, but might miss a bit of creativity with Kightly back at Molineux. I'd go for a one all draw.

Oh and why are you called the Hornets yet your badge features a moose?

Many years ago we used to play in blue and white. In the late fifties we changed to the more familiar colour scheme, and I think I'm right in saying that the fans voted for "The Hornets", as "The Blues" was no longer appropriate. Funny that. Since then, the badge has changed a few times and a hornet has been used, including a very smiley looking chap in the 70's. But for over three decades now, with the odd cosmetic adjustment, the badge is what you see today. And that moose? It's actually a hart (a deer), one of which is also depicted on the county flag of Hertfordshire, home of the mighty Watford FC!

Thanks again to Jason and you can listen to him on the podcast here, or follow him on twitter @JasBailey