Reading 1-2 West Brom - A Glimpse Into The Future

Share All sharing options for: Reading 1-2 West Brom - A Glimpse Into The Future 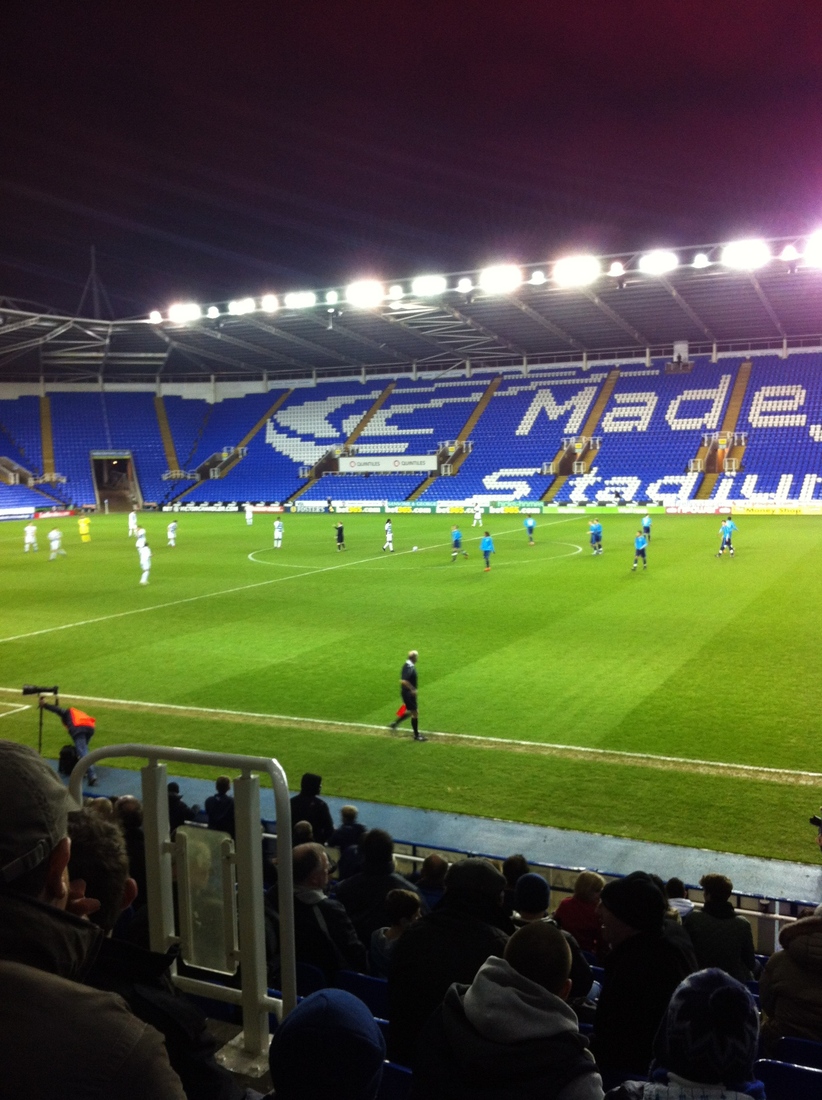 Reading Under 18's went out of the cup last night with a 2-1 defeat to West Brom in front of over 1,400 fans at the Madejski Stadium. One of those 1,400 was Rob Langham who is otherwise known as Lanterne Rouge on the excellent Football League blog, The Two Unfortunates. Below the jump you'll find Rob's thoughts on last night's game which gave us a glimpse into the potential future stars of the football club.

After the much heralded 2-1 victory over Middlesbrough in Round 3 of this season’s FA Youth Cup, a sizeable crowd converged on the Mad Stad for last night’s encounter with West Bromwich Albion. After a dominant start, the visitors broke to plunder two first half goals – mop topped Albion striker Alex Jones twice finishing with aplomb. Inevitably, this proved to be too much of a deficit to claw back and despite a header from Jake Cooper and an injury time opportunity squandered by Dominic Samuel, Eamonn Dolan’s kids were left to rue an untimely exit from the competition.

But which of the young Royals showed the most promise on this mild January evening?

Samuel’s fifteen goals in fifteen games have quickly marked him out as a man to watch and the pony tail and strength in possession bring to mind a youthful Didier Drogba. He occasionally approached the opposing goal with menace and enjoys a pinging shot – but on this occasion Baggies keeper Jack Rose was equal to everything. The England Under-19 international nonetheless looks to have all the attributes to forge a career in the game.

On the left, occasional first team squad member Jordan Obita showed creativity – and he perhaps suffers from the embarrassment of riches the Royals possess in wide areas. Like his first team cohorts, his final ball can occasionally be wanting, but his craft made him ever dangerous. Regularly swapping wings with Ryan Edwards, the latter also showed a penchant for direct running – this product of the Australian Institute of Sport looks determined to take his chance.

A reliance on wingers mirrors the current shape of the Reading first XI and indeed, the young side proved to be uncannily similar in style to their elders. Take Josh Webb, not to be confused with an earlier youth teamer of the same name, the son of ex-England man Neil and now at Walton and Hersham. This new Webb looked all the world a Jay Tabb prototype – scurrying and purposeful at the base of the midfield.

Ahead of him, Aaron Tshibola struggled to get into the game – looking elegant but too often an observer rather than a participant. Not so Samuel’s diminutive strike partner Craig Tanner. Tanner was very busy but often chose the wrong option as he approached the massed defence of a side luxuriating in the comfort of a two goal lead.

In defence, the dominant presence was captain Matt Partridge – and it looks like we may have another Alex Pearce on our hands. Clearly a leader, he was everywhere and generally effective although occasional lack of pace and a tendency to drift too wide were faults. Beside him, Cooper is a grenadier guardsman of a centre back and it was far from a happy evening for him despite his goal - a lack of rapidity coupled with hesitation from keeper Dean Santangelo leading to Jones’ second effort. Wide in defence, ex-athlete and son of Martin, Niall Keown looked like a man who wished he could play center back if it were not for a slight lack of inches, while Shane Griffin might just have been Reading’s most accomplished performer on the night – on several occasions he tidily won a battle for possession.

A late, Mathieu Manset style cameo from Uche Ikpeazu provided entertainment and his strength lit up an inexplicably long added time period of eight minutes. Overall, having seen this team just once, the opinions proffered should be based on the evidence of this night and this night alone. It’s a side that is riding high in a successful season and one that shows enough technical ability and good habits to provide encouragement for the future.