View From The Town End - Hull

Share All sharing options for: View From The Town End - Hull 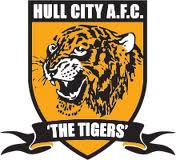 So after the doom and gloom of the last few weeks, Reading picked up a vital win at Watford to keep themselves in fifth place. This week sees sixth placed Hull visit the Madejski and ahead of the game Les Motherby from Amber Nectar shared his thoughts with us.

We've gone through a messy divorce with a former manager, promoted from within and completely changed the way we play, but throughout we've challenged for a play off spot. So far in 2012 we've rebuffed offers for our better players, made a rare FA Cup advance and got back to winning ways after a string of defeats. We're rather happy right now.

You beat Reading 1-0 earlier on this season, do you think much has changed about the team since then?

Back then we could only win games 1-0, Nigel Pearson's emphasis was on being hard to beat. In contrast Nick Barmby's Tigers are more expansive and attempt to play football in a free flowing manner. Our forwards haven't been prolific, with most goals coming from midfield, but one goal isn't the apex of our ambition any more.

Southampton look promoted already, and West Ham are likely to take an automatic spot as well, leaving the rest to scramble for a play off spot. Of the 4 sides in the play off zone now (Reading and the Tigers included) Middlesbrough have looked the most clinical, but there's a lot of football to be played so I'll not coronate them yet. I can't see Coventry and Doncaster escaping the drop zone but Forest surely have the talent to survive? Ipswich tumbling down to League 1 would amuse.

What are your best memories of Reading v Hull?

We've not played each other that often in recent years. I really enjoyed the two draws last year when we were a team completely rebuilding after relegation. You were the most complete side we faced in that campaign and a good test of a team in transition, they were entertaining and evenly fought games.

You gave us a proper lesson in 2005/06, it was our first year in the Championship and you ran away with the division. I could accept a 3-1 defeat, but I stained my white trainers with curry from a Madejski Stadium balti pie, that was quite traumatic.

Who should Reading fans look out for on Saturday?

Opponents really should have seen enough of Robert Koren lashing long range shots into the net on the Football League Show to consider keeping someone tightly marking him at all times, but they don't, and the highlight reel of spectacular strikes by the Slovenian grows longer.

Anyone you're worried about from Reading?

Jimmy Kebe has rightfully been attracting interest from clubs who think they're more significant than they are (read that as 'Leicester', who think Hull City should do whatever they want them to do, such as surrender managers and players on the cheap, well stuff that.) I hope you can keep onto him.