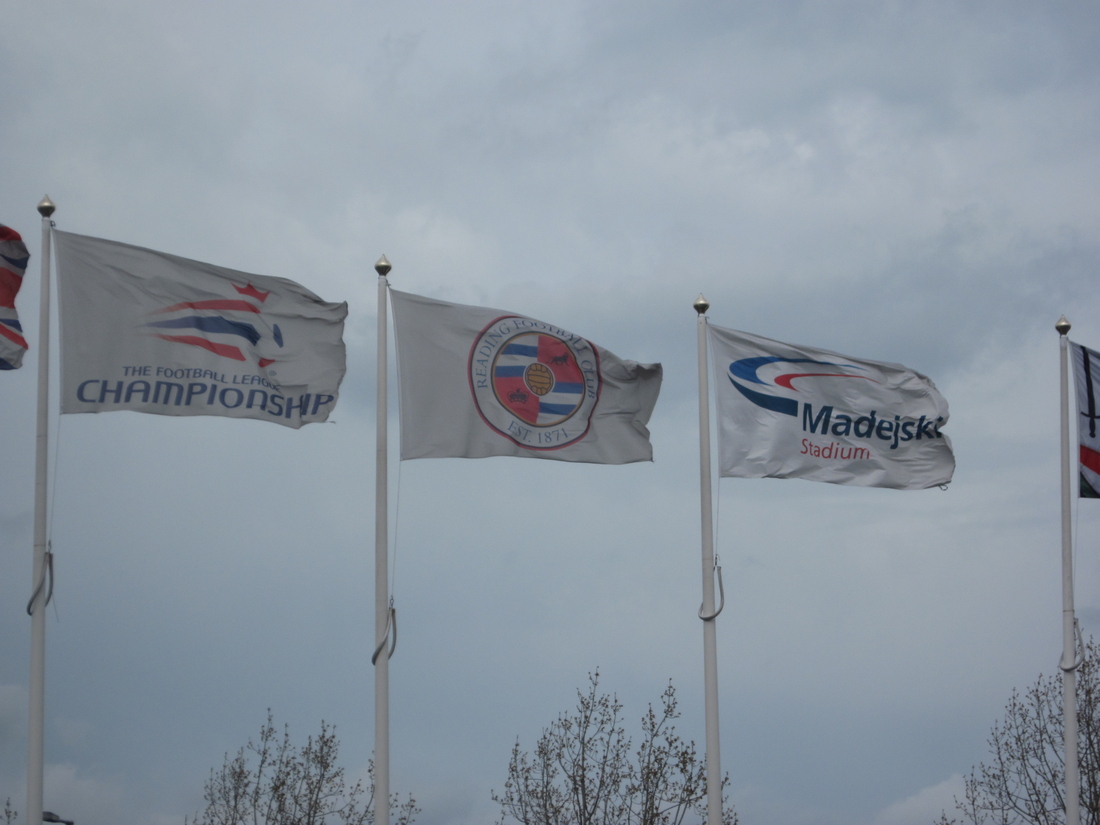 And that was the window that was. Reading completed their busiest ever January transfer window by signing four players and just as crucially, seeing no key players leave the squad. On top of that we had new contracts for Kebe, McCarthy and Andersen and most importantly of all a transfer of ownership.....well almost anyway.

But how have we done this transfer window, did we get what we needed, have we improved the first team and squad right now and have we made ourselves better for next season and beyond?

Did we get what we needed?

Going into this window we were desperate for established cover across the backline, especially at centre-back with only makeshift options in Gunnarsson/Harte or inexperience in Khumalo and Morrison. Matthew Connolly's loan signing immediately brings in Premier League and Championship experience and his key role in QPR's promotion last season shows he has the ability to help a promotion chasing side. He's naturally a centre-back but his ability to play anywhere in the back four makes him vital as backup for Gorkks and Pearce and a decent option at left back. While you don't expect him to displace Gorkks and Pearce, he'll hopefully give both of them an extra push and keep them at the top of their games. The move also enabled us to send Morrison out on loan to Huddersfield and get vital match practise, giving him the chance to develop further and become a more genuine source of competition for Gorkks and Pearce should Connolly not stay beyond the end of the season.

We also needed a creative midfielder and Tomasz Cywka fits that mould well. While Brian Howard is still technically a Reading player, he's been far far removed from the first team and his future looks almost certainly away from the Madejski Stadium. That fact meant that Reading needed somebody who could come on as an attacking threat through the middle if we were chasing the game or play behind the striker in a 4-5-1 and Cywka is a player who is capable of doing both of those things, plus play out wide.  The only criticism might be that he's not strong enough defensively to fit into Brian's 4-4-2 and that's perhaps why we were reportedly interested in Keith Andrews, as the former Blackburn man would have been able to offer a bit more in our current style of play.

The signing of Jason Roberts gives us a striker with vast experience and someone who knows how to get out of this division. Roberts is highly respected on and off the pitch and his power and pace have been exactly what Reading have needed since selling Shane Long.  By signing Roberts, it now gives Brian the chance to employ a 4-5-1 if needed, while he also seemed to work very well in a 4-4-2 in his debut against Bristol City. Importantly, his signing also gave the fans a lift as it was nice for Reading to sign a player that fans know about without having to trawl YouTube and Wikipedia. While reputation and fame won't win you games it does put bums in seats and gives those in the stadium a bit of a buzz and after 3 years of selling established names it was nice to see one coming in for a change.

There were still a couple of areas where we could have done with a player, a goalscoring central midfielder and a top quality left back would have been nice but the club were very close to signing Wayne Bridge and Keith Andrews so it seems they at least tried to bolster those areas.

As mentioned above we've filled some key areas of weakness in the squad while giving Brian more options to try and find a winning XI on a game by game basis. Roberts has almost certainly become our first choice striker while Cywka is now a good option to use either from the start or off the bench, he's certainly someone that can help us change our shape. Karl Sheppard is a wild card, he could be capable of hitting the ground running as Kevin Doyle did or he could pan out a bit more like Dave Mooney. Either way he gives us another option at low risk and with Church and Manset struggling for consistency he could be on the bench sooner rather than later.

More importantly we've managed to retain all of our best players, including Jimmy Kebe who has signed a new deal at the club until 2014. Brian's biggest gripe with our previous transfer policy was the need to sell players each summer but now he can look to build and Kebe is an important part of that.

This is the least resounding yes because as it stands only two of our four signings will definately be on our books next year. Connolly's loan deal extends only until the end of the season, while Cywka's contract is only guarenteed for six months. The impact of all of our signings could also change because there's a chance we could be playing in a different division next season.

Roberts will turn 35 in the next campaign and while he shouldn't just fall off a cliff form wise, his chances of dropping off in form or picking up more injuries will only increase as he gets older. As good as he's been so far, I'd still have some concerns if Roberts is our first choice striker on the opening day of next season.  Again, Sheppard is such an unknown that it's hard to predict right now but given his previous experience levels you wouldn't want to be backing Reading for promotion or to get Premier League survival through a player who at best will have only a handful of games at Championship level.

In saying that there's a slight twinge of disappointment that we didn't make a big name signing to turn a good window into a great one. While I don't want to see the club spending over the odds, signing someone like Maynard or Rhodes would have sent the fans into a frenzy and given everyone in the team a big big lift, that could have really put us into the thick of the automatic promotion race.

Still, thats nitpicking at what has been one of, if not the best January window we've had at the club. We're certainly stronger for the run in and there seems to be more of a buzz around the stadium and in the squad. So what do you think? Are you happy with the haul or gutted that we didn't do more? Let us know your thoughts below.