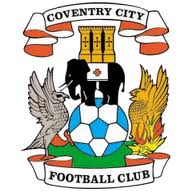 Before each game we try to get the view from a fan of the opposition and Saturday we host Coventry at the Madejski Stadium.

Couldn’t have gone much worst in all honesty. Don’t suppose you saw what happened to us against Ipswich - winning during the second half, then it somehow went tits up? Well, imagine having that almost every game, and that’s our season. For a while we (well Andy Thorn, mainly) complained that we’d been really unlucky - our goal difference certainly suggests we’re never given a good-hiding - but when the same thing happens week-after-week, there must be something more fundamental going wrong.

No doubt we’ll give you a decent game, but we’re yet to win away, and it seems to be getting harder by the week to break that duck. I want to be positive, honest I do, but we’ve had some killer blows just lately, so it’s going to take a monumental effort to put those setbacks behind us.

Who are you tipping to go up/down in the Championship?

Well, as depressing as it is to say with so many games left, after last Saturday, I think we’re gone. We just can’t find any momentum. The other two teams close to us - Doncaster and Forest - are in big trouble, but I still have a feeling Millwall will drop into it. It’s only sensible to be watchful of Portsmouth’s situation, too.

As for promotion, West Ham seem too strong for everyone this year, and Birmingham are looking quietly effective. I like Southampton - they’re terribly exciting to watch, but I think Brum beat them in the bastard stakes, and that might give them the edge at this stage in the season. As for the play offs, I’ve no doubt that your boys will be pushing all the way, but Jones’less Cardiff are a different beast this season, and I reckon they could finally get past the line via the Wembley route.

Coventry fans have been protesting over the ownership in recent months, can you sum up the reasons why and describe how it's impacted the team?

We’ve been protesting because we’re owned by people who’ve overseen one of the most despicable falls from graces (we were in the play off spots a year ago), and for much of this season, seemed content to allow it to happen. Something’s gone spectacularly wrong, and there has to be some accountability for it. We went from being in what we were told was a “strong position financially”, to near-oblivion, in the space of a few months. There’s a potential offer on the table from a City fan and former Vice-chairman Gary Hoffman, which most fans feel offers the club a new start, and want the current lot to at least listen to. They refused to do that in the summer, or much else, rendering everyone mightily cross at them.

One of the biggest grievances you will hear from fans is the idea that the owners simply don’t have a plan. That may well be true, but during their time here if they have had a plan, they certainly haven’t had the balls to commit to it and that’s what has annoyed me more. We’re not that naive as to think that we would have been able to keep some of the players that have left - but when the key decisions come around, they almost always choose to receive the quick buck rather than think about the impact it would have on the football team.

The two sides played out a 1-1 draw earlier in the season, would you say you've gotten stronger or weaker since that day?

It’s a tricky one. We actually haven’t changed too much. We’ve lost our top scorer, Jutkiewicz, but some of the kids who played that day, have matured since, and now seem far more comfortable in the first team. Generally, I do think we’re a marginally stronger team as we have managed to get in a couple of fresh players, which should help to ignite some of our more stagnant positions. Having said all that, we’re actually missing players in key positions for Saturday, including our first choice full backs, meaning for that game at least, we’re far weaker than we should be.

I think our new loan striker Alex Nimely from Man City is someone worth watching. His debut against Middlesbrough was a winning one, and while we’ve not won since then, he still strikes me as being full of confidence. He’s got some pace about him, and values possession of the ball far more than many of his team mates, so as long as he’s not shoved out left again, I’d keep an eye on him if I were you.

Who are Coventry fans concerned about?

Wingers. We’re missing full-backs, and have struggled against wide men all season long. I’m very worried about what danger you can cause us from the flanks - we’re strong in the centre, but suspect to any sort of trickery out wide. Step forward Jobi McAnuff. It makes me shudder just thinking about it. I also have a begrudging concern about Jason Roberts. I’ve never been too keen on him personally, but he’s the sort of git who’ll score against us as a matter of course.

Any idea how many will travel down?

Well it’s funny you ask that. The initial plan was for this to be a “back the boys” away day, where we’d take thousands and thousands, and everyone would come along to show Sisu that no matter what mess they make of running the club, we’re still right behind the lads on the pitch.

Unfortunately, one win in five or six mean it’s kind of struggled to capture the attention of as many as we’d hope. That’s not to say it won’t be a decent turnout (we’d pretty much sold the 1200 allocation the last I’d heard) just not quite the huge number of Sky Blue lunatics we’d originally planned for. Our away support really is tremendous though. Bit daft, mind. But we never stop pushing the boys on.