View From The Town End - Portsmouth

Share All sharing options for: View From The Town End - Portsmouth 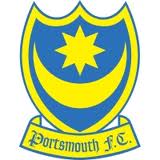 Six wins on the spin and Portsmouth are the next team to come to the Madejski Stadium. This game always has a good atmosphere but you could forgive Pompy's travelling fans for being a bit subdued tonight, given that their club might not exist this time next week, or next month.

Ahead of tonight's game, Pompy fan Bill Gillon from Pompy Online shared his thoughts on Pompy's plight and what he expects from the game this evening.

Sum up your season on the pitch?

One which has been overshadowed by what's been going on off it. It started off a bit shakily under the management of Steve Cotterill, who really wasn't making the most of the squad he had at his disposal, so much so that he was on the verge of being sacked. Surprisingly, and to our good fortune, Nottingham Forest appeared and offered us money to take Cotterill off our hands, thanks very much. As a result, we were joined by Michael Appleton, who is proving himself a bit of a hero already to the fans and club. Appy was getting together a good team, on limited resources, and had them playing some really good stuff, with us looking like an outside bet for the play-offs until the rug was pulled out from under him by our owners going into administration, ever since we've been swimming uphill. You can't fault the effort of the players and manager at all, but there's only so much you can do with the cards you're dealt.

Where do I start? Despite some concerns, we looked to be getting back on the right track under Vladimir Antonov and CSI. However, with Antonov's Snoras bank being investigated in Lithuania, all of a sudden CSI had gone into administration and the club had no owner or cashflow. Of course, that situation is not sustainable and, inevitably, we had to go into administration as well, with the club's accounts being frozen and no money available to pay players or staff. Administration was granted, and the accounts unfrozen, with the bonus being that HMRC were able to appoint their own administrator, Trevor Birch of PKF. This is seen as a good thing because it broke up the circle of Balram Chainrai, our previous owner and someone who still has a charge over the club (as CSI were paying for the club over time), and Andrew Andronikou, administrator during our previous administration and somebody who was thought to be working too closely with Chainrai. The judge at the administration hearing thought this to, hence the appointment of Birch, who is also looking at the actual legality of Chainrai's debenture on the club. As things stand, it looks as though we will see out the season, and people are looking at what it will take to purchase the club. A last resort is that Chainrai, again, takes the club on until a new owner is found but, of course, there is still the matter of his debenture to clarify.

Basically it's a complicated situation, I'll happily take relegation now so long as it means the club is clean, sorted and in a position to go forward next season.

Do you think you'll survive until the end of the season, and do fans WANT you to see things out or start afresh?

As mentioned above, I believe we will see out the season and, as a last resort and option, Balram Chainrai would take on the club, so long as his debenture is deemed valid. We do though have the money to see out the season in all likelihood, although relegation is looking more and more of a possibility and reality. As regards your second question there, there's a definite split in the fanbase. I'd say, in reality, that most fans just want to go and watch a game, no matter what is happening off the field and that the Plan B, phoenix club idea should only be a last resort. There are others who would want a Plan B now. I'm of the opinion that I'd never want to see the current club die unless it was a very last resort, however unpalatable the prospect of Chainrai coming back in seems. The club has been through so much though, and the fans have just been put through the ringer so many times over recent years, that you just want to put your hands up and say enough. However, the history of the club has to be worth fighting for and, hopefully, we can get things sorted one way or another over the coming months. It's a difficult situation all round.

What are your best memories of Pompey v Reading?

You can't beat the 7-4 at Fratton, which is one of the most bizarre games I've ever attended, made even better by watching Chris Kamara on Sky Sports later on that evening as the goals kept on flying in, I can never grow tired of watching that. Benjani even scored a hat-trick, which was as illogical as anything.

Luckily (for us), we've got a fairly decent record against Reading over recent years so there haven't been that many bad moments to choose from. I remember the fairly drab game when we visited the Madejski for the first time in 2002, during our championship season, it wasn't one of our better performances of the season and Reading should really have beaten us that day.

Anyone Reading fans should be worried about Tuesday night?

Scott Allan has recently joined us on loan from West Brom, and he's proving a real bundle of pace, energy and tricks, and is adding a lot to our midfield alongside George Thorne who, well, is also on loan to us from West Brom. We like West Brom, we're turning into their de facto reserve side. Kelvin Etuhu also provides pace on the wing and, so long as he's back to full fitness (and still with us, as he's being linked with Leeds as I type), Luke Varney also provides a threat on the left. The trouble we have is that our already thin squad is being stretched, and players are starting to feel the effects of a long and difficult season for various reasons. They are either 1) tired, 2) off form or 3) Dave Kitson. I mention Kits as he's a player you are obviously familiar with, but he's going through a bad patch just now and is low on confidence. A goal or two against his old club would be welcome!

Anyone in particular Pompy are wary off?

Your whole team. Obviously, you are going through a really good patch just now, and Brian McDermott has got you playing really well and on a fantastic run, which might even see you into the automatic places come the end of the season....hopefully, alongside West Ham! Adam Le Fondre was a player that some of our fans were crying out for us to sign at the beginning of the season, so it will be interesting to see how he goes. Jobi McAnuff, again, I am always a big fan of and he can do a lot of damage to a side. I think though, as a team as a whole, you are playing incredibly well and are obviously, and deservedly, going to start the match as favourites. Be kind to us :o)

With Reading on such a good run, and Pompey really up against it for all kinds of reasons, it's obviously going to be a struggle for us, especially as we are currently struggling to put the ball in the net. Our defence is solid enough, but we are lacking up front. Unfortunately for us, I can't see us getting a win at the Madejski, I would be delighted with a draw but, realistically, I think Reading will take the points with a 2-0 win. Whatever happens, I hope it's a good game and good luck for the rest of the season!

Thanks again to Bill and we'll have a full match report up after the game.