Share All sharing options for: Reading 3-1 Leicester - Another WWWWWWWWonderful Win 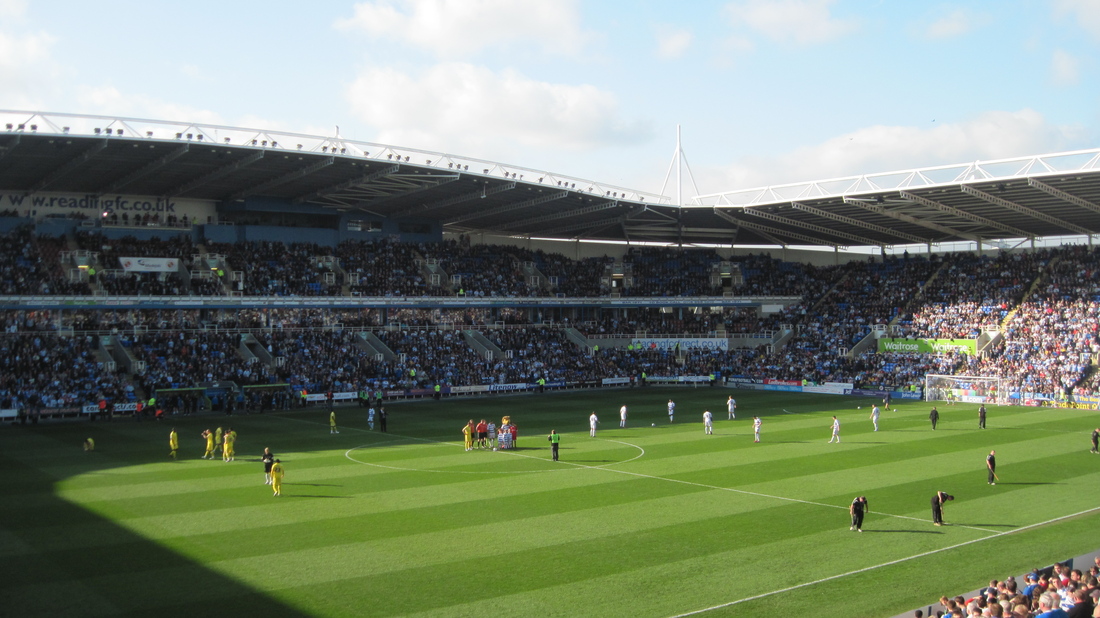 If automatic promotion seemed a pipe dream at the start of 2012 it now seems like a distinct possibility as Reading dispatched Leicester 3-1 at the Madejski for the second year running. Just like that game 12 months ago Reading played an absolutely brilliant game of counter-attacking football to put us level on points with West Ham and only out of the top two on goal difference.

Reading went into the game unchanged, with Jimmy Kebe and Matthew Connolly still missing through injury. Leicester meanwhile had no place in their 16 for former Reading captain Matt Mills who was forced to settle for a place with his brother in the corporate seats in the West Stand. Not that his absence on the pitch stopped the East Stand reveling in the plight of the outcast Leicester captain, with chants of 'You could have had him for a tenner!' and 'Lets all do a Millsy' going on throughout the day. 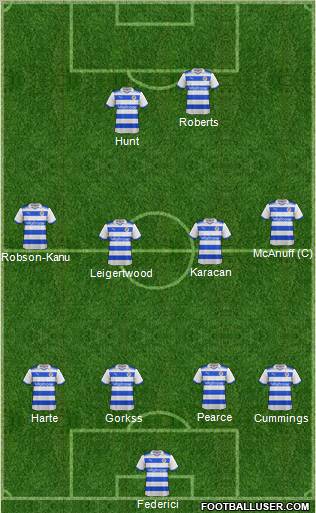 On the pitch and if the Pompy game was one of the most boring we've had to see at the Madejski this season then this game was a candidate for one of the most exciting. Within the opening few minutes Reading already had two shots cleared off the line as Leicester struggled to cope with Jobi McAnuff and Hal Robson-Kanu. It took just 15 minutes for Reading to take the lead and they did so in spectucular fashion with Mikele Leigertwood smashing the ball home into the top corner from the edge of the box. Ledge has tried the same shot about 5-6 times this year, notably a couple of smashes over the bar in the Derby game, but this time it found the target to give Kasper Schmeichel no chance. Credit also to Noel Hunt who produced a lovely touch to beat his man in setting up the chance, his flick almost certainly needs to be on Soccer AM's 'showboat' next week!

Speaking of Hunt I feel this was one of his best games of the season simply because he combined his always 110% committed performance with some good skill and top decision making to help create two goals.

Leicester had plenty of possession throughout the rest of the first half, with Reading happy as always to let them have the ball in areas that couldn't hurt them. Leicester's Neil Danns was particularly effective in the 'quarter-back' role in the middle of the midfield and played some great passes but sadly for him his teammates were in far less scintillating form, especially Jermaine Beckford who I genuinely hadn't realised was playing until about the 20 minute mark. 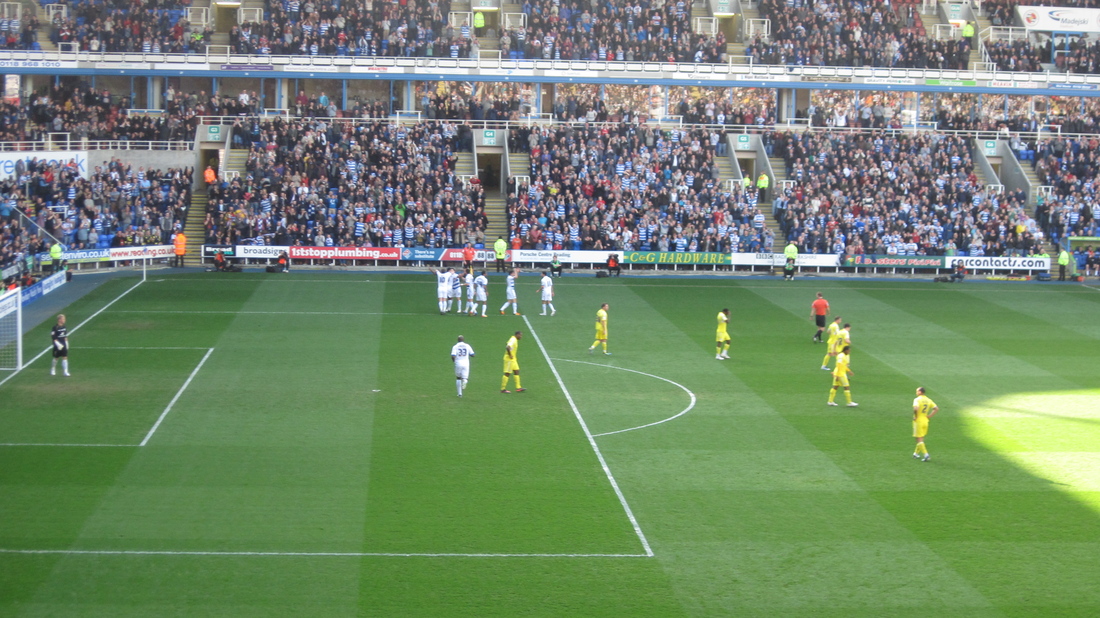 The second half saw Foxes boss Nigel Pearson make two chances, bringing on Howard for the ineffective Beckford and Sol Bamba coming on for Tom Kennedy. This gave the visitors a bit more presence and attacking threat and it's fair to say that they had by far the better of the first 20 minutes in the second half, flashing several chances just past the post of Adam Federici.

But just like so many times this season, Reading got a goal when they needed it and 15 minutes from the end Jason Roberts put the game to bed when he slotted in from Noel Hunt's cross down the right. Reading had already squandered a couple of good breaks when both Roberts and Robson-Kanu had failed to make the right pass, but this time a long ball over the top from Leigertwood found Hunt in space on the right, with the Irishman able to cut in and square the ball to the former Blackburn man to put the game beyond Leicester.

Simon Church came on for a tiring Roberts and added a third late on, while the only sour note for Reading was conceding an injury time goal to Danns, who in truth was well deserving of a goal.

The refereeing was once again disappointing, with so much inconsistency in terms of what was and wasn't a foul and on what and wasn't a booking. How Leigertwood ended up booked but Richie Wellens didn't I'm not sure and Reading had a couple of decent penalty shouts turned down, at least one of which had Brian McDermott almost on the pitch protesting.

Meanwhile the comedy moment of the game had to be Schmeichel's 25 yard run out of his area that saw him tackled, only for the subsequent shot to be cleared off the line.

Performance wise and Jem Karacan continues to improve game on game. Some such as myself had been slightly critical or Karacan for not kicking on during the first 3-4 months of the season, but since Christmas he's been our best and most consistent performer and is making a strong case for player of the season. Roberts and Hunt again worked brilliantly well together, although there were times late in the second half where the 34 year old Roberts did start to seem tired and you worry slightly about his ability to play quite so many games in a short period of time, this isn't an early twenties Shane Long afterall! Robson-Kanu and McAnuff both faded after decent starts, with McAnuff working hard but posing fairly little attacking threat for most of the game. Robson-Kanu once again mixed the brilliant with the appalling and he's not shown quite enough to prove he's worth a start when Kebe's back fit. The defence dealt well with whatever Leicester threw at them, though I had to feel sorry for Shaun Cummings who had a pretty torrid time up against Lloyd Dyer. It'll be interesting to see who Brian goes for when Connolly is back fit and for my money I think he'll go back to the on-loan QPR man.

In terms of the negatives, there was very little to pick out aside from the inconsistencies of the wingers and a couple of horrible passes from Robson-Kanu and Roberts that could have given Reading great chances to score.

The promotion hunt now moves onto Doncaster tomorrow where Reading will look for a ninth straight win against a team who are fighting for their lives. Donny went to West Ham and got a point on Saturday and beat Southampton at the Keepmoat earlier this season so will be no walkover, here's to hoping Brian and the guys can pull it off.