Share All sharing options for: Doncaster 1-1 Reading - Donny Hold Firm Within The Keepmoat 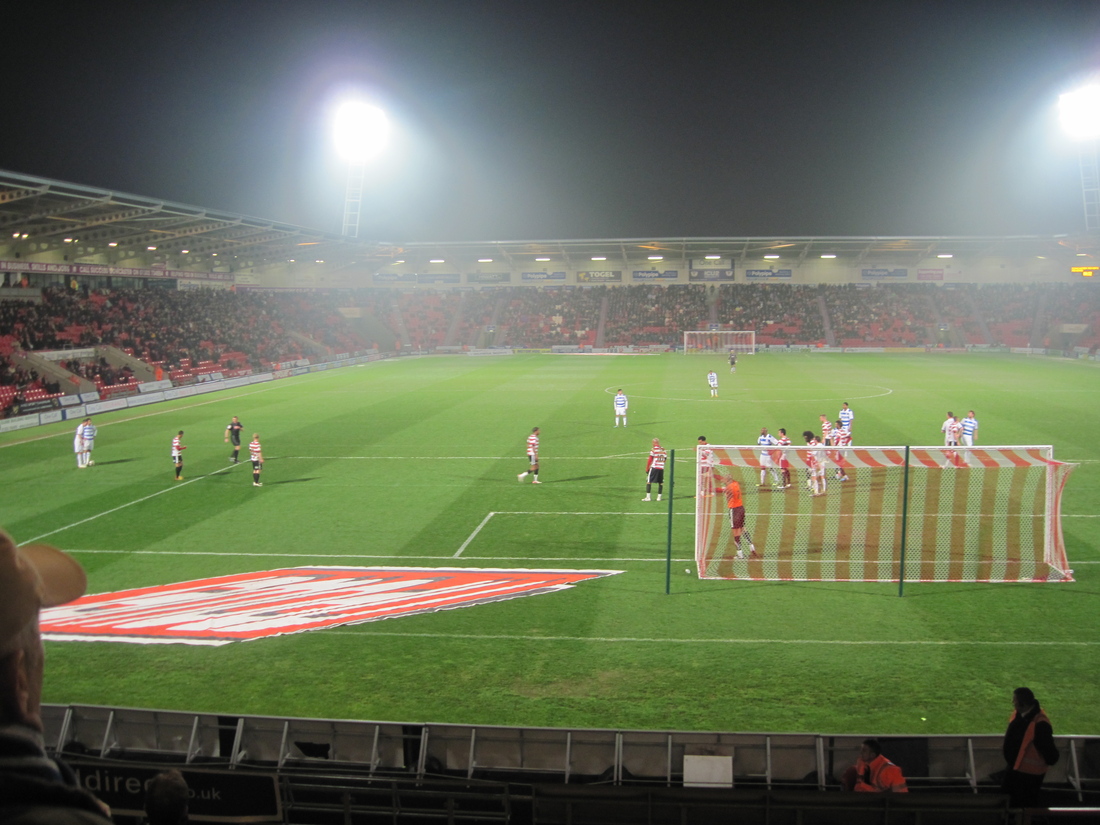 Reading narrowly failed to make it 9 wins in a row last night, as a sluggish first 30 minutes from the visitors helped Doncaster gain a foothold in a match that they wouldn't surrender at the Keepmoat. After falling behind to Kyle Bennet's first half goal Reading slowly got more and more into the game and although Alex Pearce levelled things up just after the break, Carl Ikeme produced some fine saves to end the Royal's winning run.

Reading went into last night's game with an unchanged side and looking at the table you'd have thought this would be a guaranteed three points. However, Doncaster's team last night was not the team that got them into relegation trouble and before last night Dean Saunders' side had already beaten Southampton and drawn with West Ham in this campaign. The Doncaster starting lineup was littered with players who had been playing Premier League football just 12 months ago, with agent Willie McKay's controversial transfer plan helping deliver top quality players such as El Hadji Diouff, Pascal Chimbonda and Habib Beye to Yorkshire. 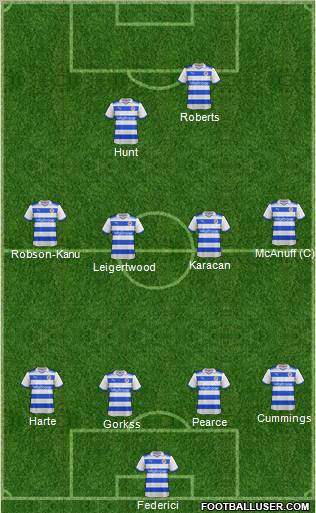 The skill of those players was evident from kick-off and alongside the lively Kyle Bennet, Doncaster were giving the Reading defence plenty of work to do in the opening minutes. Reading's game plan as always saw them cede plenty of territory and possession to the opposition but Brian McDermott's men were still able to threaten Ikeme's net, with Ian Harte's corners causing mayhem and Alex Pearce unlucky not to open the scoring with a couple of far post headers.

Sadly just as at The Den a couple of weeks ago a momentary lapse in their own half cost Reading dearly as a mistake from Robson-Kanu allowed Diouff to get onto the ball and slide an exquisite cross right across Federici's 'corridor of indecision' to find Bennett at the back post who pushed the ball over the line. Things could have got even worse for Reading had Jem Karacan seen red for a tackle with Doncaster through on goal but the Turkish midfielder escaped with just a yellow.

Reading did seem to wake up after the goal though and had their chances both before and after the half-time interval. Ikeme made good saves from Hunt and Karacan but six minutes after the restart Reading were level when Harte's amazing delivery found Pearce two yards out at the far post with the defender nodding home his fourth of the season.

From then on the roles seemed to reverse, with Donny happy to play counter attacking football and Reading piling on the pressure. The Royals made a double sub with 25 minutes to go, bringing on Tabb and Le Fondre for Karacan and Robson-Kanu and that gave them an extra boost, with Tabb again impressive. Le Fondre will be disappointed he didn't convert when through on goal while Pearce, Jason Roberts and Gorkks all had great chances to give Reading all three points but in the end we had to settle for just a point.

Performance wise and this was very much a game to forget for captain Jobi McAnuff who looked indecisive and pensive throughout the 90 minutes. While acknowledging he does a lot more defensive work than when he first came to the club, it's disappointing to see how often he's happy to sit just past the half-way line rather than gamble and get into space, or when he has the ball to take his man on. Whether he's carrying a knock or is just mentally tired from so many games in a short period I'm unsure but once again Tomasz Cywka must be wondering what he needs to do to get on the pitch. Jason Roberts and Noel Hunt were both a bit low key, working hard but very little coming off either of them. Karacan was also ineffective, a rare off-key day for our central midfielder.

On the other end of the scale and Alex Pearce and Ian Harte were the undoubted star performers for the Royals. Pearce was a constant threat from set pieces and defensively he was rock solid. I mentioned in the Leicester match report how Karacan might well be player of the season but Pearce is equally deserving of recognition, with our ever present chipping in his fourth of the season, more than Karacan and Leigertwood combined. Harte was causing all sorts of havoc with each delivery and the Irish left back is built for games like this one against a stubborn opposition. The lack of pace that sometimes hampered his effectiveness last season has been partly negated by having the left footed Gorkks next to him in the defence, and that has made him even more valuable to the side.

Overall it wasn't the best result but you can never be too unhappy getting a point away from home that sends you into the automatic promotion places.

A quick word of praise as well for the guys at STAR. It was my first trip up on a STAR coach for a good while and I can't recommend it highly enough for anyone who is thinking of going up on an away day. Details can be found on their website, or on match days at the STAR office behind the East Stand.

The bandwagon now rolls back to Yorkshire for a meeting with Barnsley and we could well be four points clear of West Ham if another Yorkshire side, Leeds, does us a favour on Saturday!