Share All sharing options for: Peterborough 3-1 Reading - Royals Pounded by the Posh 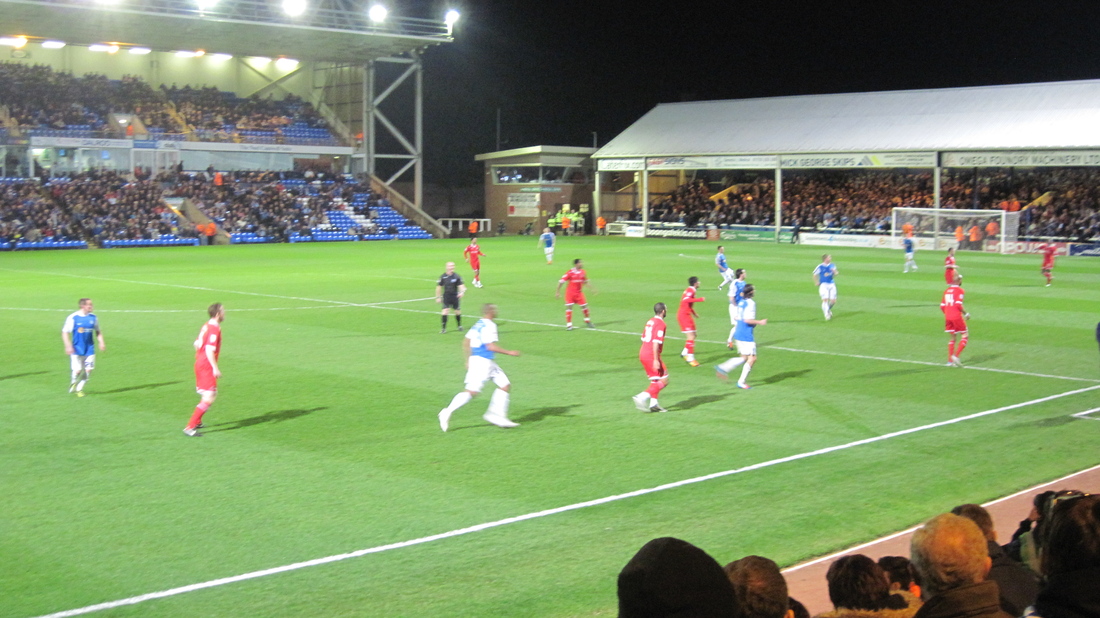 Yes Reading were soundly beaten by Peterborough last night, yes Southampton won at Hull and stretched their lead at the top but before we all start to forecast doom and gloom of the play-offs, lets bear in mind that we're still in second place with our automatic promotion prospects still in our hands. This was our first defeat since JANUARY 21st that's nearly two months where we've had nothing but a positive result to reflect on, showing just how impressive we've been lately.

It's been a while since I've had to drag this picture out but its message is once again relevant...

That being said, it's impossible to ignore the train wreck that was Reading's performance at London Road, where just about everything that's been so good about Reading, went so so bad.

This game had all the hallmarks of being that 'game too many' after a terrific run. This was our sixth game in 21 days and our fourth away game in that period and to have come out of those away games with 7 points from 12 is a pretty decent total that you'd have happily taken if offered it beforehand. It's also important to remember that Peterborough are no walkovers, they were unlucky to leave the Madejski pointless in November, plus put SEVEN past Ipswich and also beat Cardiff and Blackpool at home earlier this season. If they play like they did last night then West Ham won't find their visit particularly easy next Tuesday.

As for last night, Reading lined up unchanged from the team that demolished Barnsley 4-0 on Saturday, with Mullins again preferred to Cummings at right back. There were plenty of empty seats around the stadium, with just 6,717 watching proceedings, the lowest of any Championship game we've been involved with this season. Credit to the Reading fans though, who must have made up around 800-1,000 of that number. 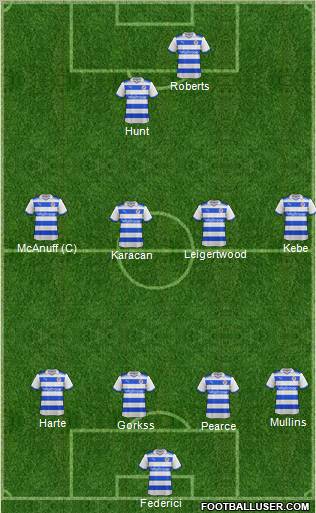 The early exchanges typified any Reading game you've seen in this campaign, with Brian McDermott happy for his team to soak up pressure before releasing the ball to Kebe or pump it up to Hunt/Roberts and hoping for a decent flick on. While that was all perfectly standard procedure, what worried me from the start was how comfortable the Posh forward three of Boyd, Taylor and Barnett were on the ball and how easily they were passing and moving around the edge of our box. Hayden Mullins never looked comfortable and I have to say that having both him and Kebe on the same side played into the hands of Boyd, who's movement was just superb and he found plenty of space on a side occupied by two players still trying to get up to speed at playing first team football at Reading.

Despite that worry, it was the visitors who took the lead on the 20 minute mark after an amazing bit of skill, and slice of luck, from Kebe, who dribbled his way across the face of the area and into the box where his shot was then parried by the 'keeper Jones. The ball fell kindly for Noel Hunt who slammed home his third goal in his last six away games. That set off the 'promotion party' on the away terrace and a general relaxed feeling and good mood swept throughout the away fans as Reading seemed fairly comfortable in the minutes immediately after the restart. That comfortable feeling had lasted five minutes when Jem Karacan thought he was under more pressure than he was and hooked a ball out for a corner while defending inside our area. The resulting set piece drifted towards the back post, got headed back across the box into the path of Boyd who lashed it into the roof of Federici's net to level the scores.

It was now Peterborough firmly in control and it wasn't a great surprise when after another corner that should have been cleared, Posh went two-one up. This time McCann's corner found Barnett whose header left Feds with no chance and it was no less then the home team deserved. Reading had a couple of chances to get back in it, most notably when Kebe wriggled through but couldn't beat Jones. At the same time it could have easily have been 3 or 4-1 at the break but for Federici making a couple of good saves and it was a relief to all the traveling fans when the half time whistle went.

The second half was a bit better from Reading who had far more of the ball against what looked a tiring Peterborough team. They were forcing plenty of corners as well as a few free-kicks but sadly this was a night when Ian Harte's radar was off and few caused any real problems for the Posh defenders. McDermott tried to give the side more of an attacking edge by bringing Le Fondre on for Mullins, pushing Jem to right back and making Alfie a third striker but I struggle to remember the former Rotherham man touching the ball in his 22 minute spell and I can't see the same tactic being applied again any time soon.

The final blow came with eight minutes left as with Reading pushing high in the Peterborough half the ball broke over the top and landed around 15 yards from Ian Harte and 25 from Taylor. You knew instantly that there was only going to be one winner and in scenes that brought back horrible Wembley memories, Harte was outpaced to the ball and Taylor slotted well past the onrushing Federici to seal the three points. A miserable night for Reading was topped off by Jason Roberts leaving the game clutching his hamstring, no diagnosis just yet on how series that is, so all that remained was for his replacement Simon Church to miss a good chance and for McAnuff to take a shot in the last minute that went out for a throw in roughly in line with the six yard box.... summed it up well really.

Performance wise and it's tough for anybody to come out of that game with a lot of credit. Roberts was possibly the pick of them, holding the ball up well and getting into some good areas, while Alex Pearce, Jem Karacan and Adam Federici were also fairly decent. Hayden Mullins' positioning was off all night, while Harte showed that he's still venerable to pace and didn't make up for that frailty by creating much with his usually excellent dead balls. Kebe struggled to beat his man and McAnuff was also guilty of giving the ball away far too often. Not that he was the biggest culprit for giving the ball away as we saw the return of 'September Leigertwood' last night, that player who looks a shadow of the man who usually inspires us so well. Noel Hunt took his goal well but was otherwise anonymous while Le Fondre and Church contirbuted little in the time they had off the bench.

Not to take anything away from Peterborough who played well and if we're in this division next season then George Boyd or Paul Taylor are players I wouldn't mind seeing in a Reading shirt next year.

Also a quick word on the ref and all the officials who had an excellent game, nice to see some decent refereeing for a change.

While Southampton extended their lead over us to five points the saving grace of the night was West Ham's failure to beat Middlesbrough which means that we're still second by two points over the hammers, though they do have a game in hand. We're also 9 points clear of the team in fourth and 11 clear of seventh so no need to panic about an epic collapse anytime soon.

There was always going to be a blip during this run in and if anything, I'm happy we've given points away to a team that can't hurt us rather then giving points and a psychological advantage to West Ham, Southampton or any of the teams that may face us in a play-off game. Even the 106 side lost to lowly Luton and Plymouth while Southampton have already lost games at Donny and twice to Bristol City, no team is immune to a defeat. We've spent the past month or so going into games being the heavy favourites and on this amazing run and with five games against top 10 sides coming up, it might be a good thing to have a little bit of that pressure taken off us.

Blackpool will be the toughest test we've had since the trip to Boro three weeks ago but we've managed to raise our game against the better teams this season and this one should hold no fear for us in front of what's looking like a 21,000+ crowd inside the Madejski Stadium. It's after a defeat when the players need an extra lift and as fans that's hopefully one thing we can try and provide Saturday, so if you've not already got a ticket go out and bloody get one!