Let's Run Down This Promotion Run In

Share All sharing options for: Let's Run Down This Promotion Run In 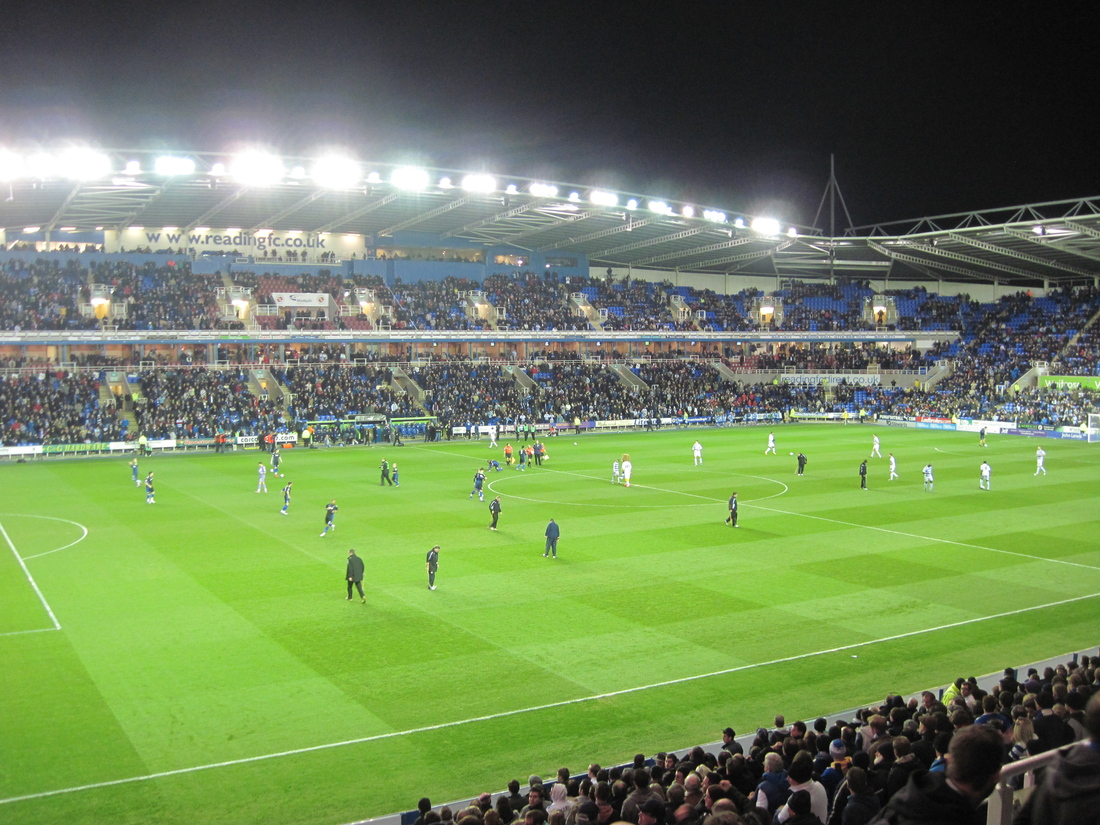 So this is it, it's crunch time. With eight games to go Reading hold the chance of automatic promotion in their own hands as simply put, eight wins from eight will seal promotion either in first or second place.

As we found out on Tuesday night the Championship is an unpredictable beast but it's worth trying to look at where the key battles will be between now and the end of the season at around 2.15 on Saturday April 28th.

By virtue of the game between Reading and West Ham, Southampton only need to reach 93 points to be mathematically promoted, so if they win 6 of their last 8 they'll go up. If Saints win against Reading at St Mary's and Reading fail to beat West Ham then they'll only need to win another four.

As mentioned, Reading must win every game to 100% seal automatic promotion as West Ham have currently have a game in hand and will go 1 point above Reading if they win it.

If they two sides finish level on points then it's down to goal difference then goals scored which are both very close. If those two are the same then it goes down to head-to-head record and Reading have a big advantage in this having beaten West Ham 3-0 at the Madejski earlier this season.

If every team won their game in hand right now then Reading would still be seven points clear of Middlesbrough who will go fourth if they win their extra game. That means that Middlesbrough can finish on a maximum of 87 points meaning that 6 wins will see us finish above them and given our vastly superior goal difference, you'd expect five wins and two draws to also seal a higher place.

In terms of the play-offs and 86 points is the current magic number to ensure that you're in that lottery come May.  That means that Reading will need to win six of their last eight to be ensured of a play-off spot. Obviously that number is likely to be far less but it's nice to know we have a good cushion already. As you'll see later on I've got sixth place finishing with 75 points so another couple of wins should just about seal it for Reading.

Given the fact that Middlesbrough will be at least seven points behind Reading if they win their game in hand, realistically it's between the current top three for those two automatic places and right now it's Southampton firmly in the driving seat with a five point lead on Reading and seven on West Ham (who have played a game less).

As mentioned, if they win at St Mary's then they'll need to earn 13 points from their other seven and they'll be popping the Champagne on the South Coast.

Play-off wise and right now there are still around 9 teams who will be giving themselves a chance of making it.  It really is anybodies to take, look at Palace and Leicester who are in 11th and 12th. If they win their games in hand and they go up to 56 and 55 points, just five behind the final play-off spot. As many teams have shown in the past, you're never out of the play-off picture in March and right now it's anybodies guess.

The first thing to jump out from those fixtures is that Reading have the toughest of the run-ins based on current league positions, having to play five teams in the top seven, and just one in the current bottom half of the table.

Those stats make worrying reading if you're a Royals fan but it's not always easy playing teams at the bottom, as Reading found out on Tuesday.  Southampton have to play Coventry and Donny, both of whom are fighting for their lives as well as bottom side Portsmouth who won't want to go down without a fight in what could potentially be the last ever South Coast derby.

West Ham also have a tricky trip to Ashton gate in the season's last couple of weeks, while Burnley are no mugs despite being 16th in the current table. They also visit London Road next Tuesday and as Reading fans we all know how tricky that team can be, especially when playing without fear. West Ham have also had a horrendous run of draws at Upton Park recently and with good teams like Birmingham, Brighton and Hull coming to town, there's no gimmies there.

Reading can  take solace from the fact that they've only lost against two  of their final eight opponents, with narrow 1-0 defeats at Blackpool and Nottingham Forest. Reading beat West Ham and Brighton at the Madejski and should have seen off Southampton, while they also beat Birmingham and Leeds 1-0 earlier in the season.

The BBC have a kindly predictor tool which you can run yourself here.

Here's how I've had the season playing out.

I was surprised at just how well I had Reading playing out the season. Usually I'm a pessimist but I've had Reading down as winning at St Mary's and St Andrew's while drawing at Upton Park. The only game I've got a feeling we'll lose is the one at the AMEX against Brighton. Otherwise I've got us down for taking 19 out of a possible 24 points. Optimistic? maybe....

For West Ham I've got the spanners coming against us a week on Saturday as well as a home defeat to Birmingham, a loss at Leicester and only a point at home to Hull on the final day of the season.

By my predictions, Southampton's only problems will come at home against us, away at Boro, and at Bloomfield road a week on Saturday and so they'll win the title by three points ahead of us.

There are still so many twists and turns ahead that predicting anything at this stage is so so tough, but hey it's a bit of fun and why don't you have a go yourself and tell us below how you think it's going to pan out!