So Close But So Far - Reading FC's Unused Unused Subs

Share All sharing options for: So Close But So Far - Reading FC's Unused Unused Subs 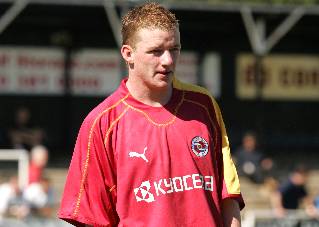 With so much of our time spent looking at league tables and run ins I decided to try and do something about as far away from the promotion race as possible. As such, this is going to be the first in a series of looking at what I'll loosely term the 'least significant Royals' and we start today with those players who were named on the bench for Reading FC at the Madejski Stadium but were never brought on and never ended up making a Royals home appearance.

In Reading's 14 years at the Madejski Stadium 11 players have made it as far as the bench for a Reading home game but never actually appeared on the turf in a Reading shirt. Four on the list are still at the club, with Mikkel Andersen, Jordan Obita, Brett Williams and Sean Morrison all having a chance to make that debut so we'll look at the other seven and look what happened to them after their chance of glory at the Madejski with Reading had gone.

(All years listed are years spent at professional level) 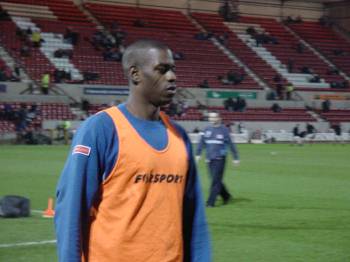 The 6'1 defender came to the Madejski on loan from Stockport during our Division Two promotion run-in in February 2002 due to an injury crisis that left John Mackie as our only fit central defender. Roget would come straight into the team against Swindon a day after signing and helped the Royals to a 0-0 draw at the County Ground but was out of the team a week later and named as a sub for the home game with Stoke when Adrian Viveash returned to fitness. Roget would spend the next few weeks with the club but never again made the bench for a home game, though did appear on our bench for the promotion decider at Brentford before returning to parent club Stockport at the end of the campaign.

After leaving the Royals he spent two years down the M4 at Brentford before joining Rushden and Diamonds and also had a 67 game spell at Oxford before drifting drifting down to the non-leaguues and was most recently playing and captaining Harlow Town in the Ryman League Division One North last season before leaving due to 'personal reasons'.

Midfielder Harrison came through the old YTS scheme at Elm Park and found himself given a place on the bench for a Worthington Cup first second round first leg tie with Barnsley at the Madejski in Setpember 1998. Back then the regular number of permitted subs was three but the league cup allowed five to be named on the bench so Harrison got the call to sit alongside other Reading 'legends', Jimmy Crawford, Mark Reilly, Paul Brayson and Darren Caskey. (Caskey aside could this be perhaps be the worst ever Reading FC bench?!)

Reading had lost the first leg 3-0 so the game was all but dead, but they did manage a credible draw in the second leg against their higher division opponents, after fellow substitute Darren Caskey's last minute penalty cancelled out Ashley Ward's 85th minute opener.

Sadly there was to be no debut for Harrison as he was overlooked for Caskey and Brayson and with Reading's exit he wouldn't get another chance to sit on the bench for Reading and would leave the club at the end of the season.

From there he went to Stevenage where he'd play around 30 games for the non-league side before drifting down the leagues and turning out for the likes of Bedford, Solihull Borough, and both Bedworth Town and Bedford United. 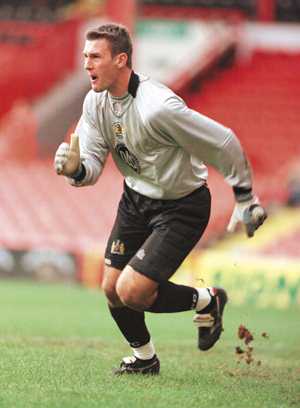 I'd forgive you for not knowing who Tony Malessa was as quite frankly I struggled when I first saw his name on the list. The Ascot born goalkeeper started his career at Bristol City in 1999 where he made just two appearances in two seasons, though he did get a spot on the bench against Reading while on loan at Yeovil. Malessa never played during a brief stint at Oxford but earned a contract at Reading in December 2001 after Phil Whitehead got injured and Malessa was signed in order to cover Jamie Ashdown.

Malessa took his place on the bench for a 1-0 home defeat by Chesterfield, where the visitors fielded former Royal Martyn Booty and future Villa star Thomas Hitzlsperger.

He would then spend the next couple of away games on the bench but Alan Pardew elected to bring in relatively unknown Fulham backup goalkeeper Marcus Hahnemann on loan pushing Malessa back to third choice, with the keeper never again gracing the bench at the Madejski for Reading.

Irish born Hayes came through the Academy as a highly touted winger who found himself squeezed out due to Reading's strong league performance under Steve Coppell.

He spent time out on loan to Forest Green and the MK Dons but did get one chance to sit on the bench at the Madejski Stadium, appearing alongside Hahnemann, Curtis Osano, Kevin Doyle and James Harper for a League Cup tie against Darlington. Harper and Doyle would get to come off the bench but Hayes wasn't so lucky, being unused in a penalty shootout win after a 3-3 draw.

He was again named on the bench for the next round of the cup away at Liverpool but didn't get onto the pitch as Reading lost 4-3.

Hayes would leave the Madejski at the end of the 2006/07 season but immediately signed a three-year deal with Championship side Leicester. He'd only make 7 appearances in 2 seasons at the Walkers Stadium, though he did enjoy decent loan stints with Northampton and Cheltenham. After Leciester he left England to join Inverness Cally Thistle and has since scored 23 goals in 91 games including this strike in 2010 against eventual SPL Champions Rangers. 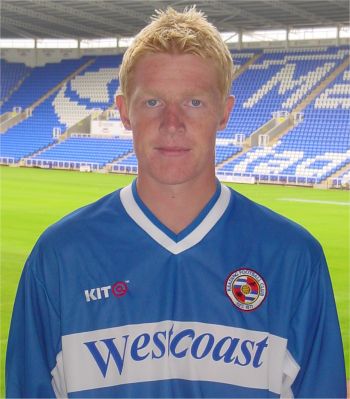 Lockwood is one of few players to graduate through the youth scheme in the late 90's that actually stuck around League Football, unfortunately that wouldn't be for Reading.

After joining the youth setup from Leeds at 17, Lockwood turned professional in 1999 but would get just just two spots on the bench for Reading, one of which was earning a place alongside Stuart Gray, Peter Grant, Jim McIntyre and Scott Howie in a 1-1 draw with now defunct Halifax in the FA Cup.

Lockwood would spend parts of the next season and a half at Forest Green and Yeovil before moving to Devon full time in 2001 to play for the Conference side. Lockwood would form a key part of the team that rose from the Conference to League One before ending up at Doncaster where he finally made an appearance at the Madejski Stadium, during Donny's 0-0 draw against Brendan Rodger's Reading. 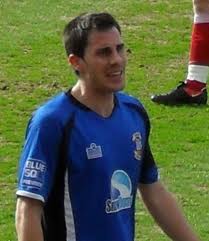 Who?! genuinely had no recollection whatsoever of this defender who joined Reading's youth setup from Leeds in 1996 when the Royals were still at Elm Park. He signed pro terms in 1999 while Tommy Burns was manager but had to wait until the following March to get a spot on the bench when Bournemouth came to the Madejski Stadium. Smith watched the 2-0 defeat from the bench and found himself in the same position a week later as Brentford were beaten 1-0 by the Royals.

He never managed to break into the team under Alan Pardew and he eventually found his way to Third Division York, playing alongside another former Royal Lee Nogan. He made over 70 appearences for York during over three years before dropping into non-league with Stafford, Worcester, Tamworth and Mansfield. Smith then returned to York at the beginning of last season. 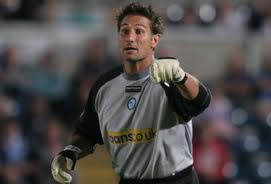 Before Adam Federici, Reading had another Aussie goalkeeper on non-contract terms hoping for the chance to play. Sadly for former Swindon 'keeper Frank Talia he never earned a permanent gig at the Madejski and had to settle for three appearances as an unused sub for home games. With Ashdown out for the end of the 2002 Division 2 run-in and Hahnemann back at Fulham, Talia backed-up Phil Whitehead for the final six games of the season, 3 of which were at home. While he never played a minute for the Royals in a league game, he did make the 16 for the promotion decider at Brentford, sitting alongside another Madejski unused wonder, Leo Roget.

That's today's trip down lack of memories lane, next up we'll be looking at Reading's 1 game wonders!

Thanks to Reading Statistical legend Nigel 'Strap' Meek for help with the stats!

If you'd like to write for us please don't hesitate to get in touch either in the comments below, to our email address thetilehurstend@gmail.com or tweet us @thetilehurstend