Share All sharing options for: View From The Town End - Leeds Utd (H) 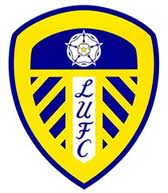 So just six games left, win all six and we're Champions, easy..... I hope. Good Friday sees the visit of Leeds United and our old friend Neil Warnock. Leeds still hold outside aspirations of the play-offs so won't go down without a fight live on Sky.

Ahead of the game we're pleased to say that Ryan Parish from Leeds blog The Scratching Shed has once again shared his thoughts on his club and what Reading should watch out for on Firday.

While for more on the rundown check out our latest promotion watch.

It's been a strange season. We've some freak results like getting beat by Forest 7-3 at home and we've been far too inconsistent but somehow we have always found ourselves still within touching distance of the play-offs although it now seems impossible. It's disappointing that we haven't improved on last season but I put that down to the lack of investment on the team.

Mid-table. There are a few of the eternal optimists that still think the play-offs are achievable but I've seen Leeds enough times this season to know we are far from good enough.

Neil Warnock came into replace Simon Grayson as manager a few weeks ago, have Leeds fans been happy with the change?

Not everybody was happy that Grayson got the sack. Alot felt that he had his hands tied by Bates due to the ridiculously tight playing budget and I personaly felt he was doing a decent job. I was delighted when Warnock got the job though and he's been really well received by the Leeds fans. His job so far has been difficult as he hasn't had too much chance to bring in his own players, so this summer should be interesting. 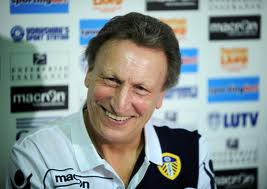 Warnock has been well received by Leeds fans

Looking through Leeds fan sites and twitter it's clear fans aren't happy with Ken Bates, any particular reasons for this?

Mainly for the lack of investment in the team. We've sold key players like Max Gradel, Kasper Schmeicel and Jonny Howson for decent fees in the last year and none of this has gone back into the team. Instead he decides to spent £5million re-developing the corporate facilities in the East stand. I think it shows where his priorities lie and it's a complete lack of ambition from the club. Add to this the ticket prices (£31!!) and generally the manner in which he conducts himself towards the fans (calling us 'morons'), it is safe to say he isn't the most popular man with Leeds fans right now.

I think Southampton, yourselves and then West Ham via the play-offs to go up. To go down I reckon Doncaster, Portsmouth and hopefully Millwall.

Who should Reading fans be wary of on Friday?

Robert Snodgrass has been our star man all season. I wouldn't be surprised to see him in the Premier League next season the way things are going. Warnock has said he may change things around and play some of the youngsters on Friday so maybe Zac Thompson who's played a bit already this season, he looks a good prospect. 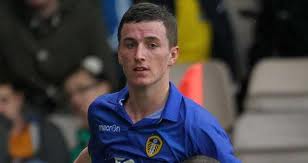 Anybody Leeds fans are particularly concerned about?

From what I've seen of Reading, Jason Roberts has looked very dangerous so no doubt he'll have a field day against our defence!

We'll put up a fight but I think Reading will edge it 2-1.