View From The Town End - Brighton (A)

Share All sharing options for: View From The Town End - Brighton (A) 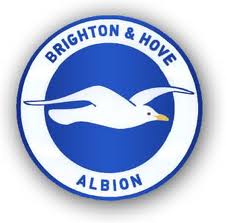 So just five games to go and results yesterday mean that we could be six points clear of second placed West Ham if we win tonight at Brighton. Ahead of tonight's game we spoke to the Brighton Fanzine The Seagull Love Review who gave us their thoughts on the game.

You can pick up copies of the fanzine outside the ground tonight and having bought a copy on their visit to the Madejski, I can testify that it's a bloody good read.

Albion have shown the sort of mood-swings that would make a teenage girl blush.

When you came to the Madejski in December you were in the middle of a slump. Since the New Year you've ground your way back up the table, how have you turned it around?

We had some bad injuries around that time, and loads of suspensions, but we beat Southampton on New Years Day and from that didn't lose for 12 matches or something. Our form was helped by the return of the missing players and we just started picking up points; especially at home where we'll still unbeaten. Recently we haven't been picking up points, our away form is horrible, but all the teams around us - bar yoursleves - seems to be just as pony.

Where do you think you'll end up this year?

The only guarantee is that the Brighton and Hove Albion fans will be in the pub at the end of the season. We all need a drink.

Who do you think will end up promoted and relegated from the Championship?

Southampton, Reading, not sure who else ... Relegation, ermmm, Donny look in trouble, but with Pompey having some games in hand and other teams form all over the place I'm not sure. It's a great league, it's great that there's uncertainty about what's going to happen at this stage still.

Anybody in good form who Royals fans should be wary of?

Maybe look out for Gus Poyet's press conference, nobody is really playing well, but the manager is entertaining if he's not happy about the referee or something.

Anyone Brighton are particularly wary of?

You all seem to be playing well at the moment!

Tips for Reading fans coming to the AMEX?

Get to the ground early, don't think you can get there without using the train. Once you are there, just enjoy it; our pies are the best in the country and we normally put on a guest beer just for the away fans. After the match, if you're not being a knobhead, pop round to the home end (north stand, opposite the away end) where they open the gates and everyone has a drink together in the corner bit.

We're not playing well. 1-3 to the Biscuitmen.