View From The Town End - Southampton (A)

Share All sharing options for: View From The Town End - Southampton (A) 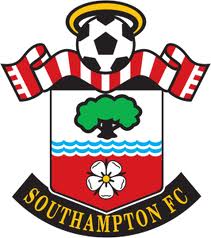 Oh boy, this one is going to be fun. The top two are locked on 82 points, both needing to reach 89 to seal Premier League football next year and tomorrow night they'll be playing each other at St Mary's. If you'd have predicted this scenario when we drew 1-1 with Southampton back in October then please pick my lottery numbers for me next week.

Ahead of tomorrow's game we spoke to Saints fan Chris Rann from Southampton blog George Weah's Cousin who gives us his thoughts on their season and what to expect on Friday night.

Wow is the word I would use. It started well, and as surprising as it is to us and everyone else it has continued.

I'm naturally quite pessimistic, so after our decent start we lost at Leicester and I thought that would be us back down to earth and heading for mid-table. It didn't happen. Then West Ham took over top spot from us for a little while, and I found myself thinking "Well, the playoffs would still be a massive achievement for us this season". It didn't happen. Still pinching myself, but at times we have tore teams to bits this season, and we have a depth to the squad that has seen Adkins chop and change without too much detriment to results.

I'm finally starting to believe. We have won games this season where we have been clearly on top, but also when we have played poorly. This isn't the Southampton I am used to, but it is the one managed by Nigel Adkins.

Like Norwich you've managed to keep the momentum from last season to be in with a chance of back-to-back promotions, what's been the key behind it?

Well you use the word "momentum" and that is certainly a key factor. But credit must go to the manager. He oozes confidence, that often opposition fans mistake for smugness. He get's the adrenalin pumping in the fans with one of his one line soundbites, I can only imagine what it must be like to be sat in the dressing room on the end of one of his team talks. He is an intelligent manager, very much against the run of the mill old school "football men". He has us playing pretty football and most importantly winning games, his record is staggering.

A few fans doubted his ability in the transfer market, but his signings this season, notably Jos Hooiveld, Danny Fox and Billy Sharp have been outstanding. Also our squad is incredibly fit. The difference in Rickie Lambert and now Billy Sharp has been noticeable since they joined.

Rickie Lambert - Is he the real deal that's capable of performing in the Premier League, or a Jamie Cureton/Ched Evans/Marlon King type that scores for fun at Championship level but just won't be able to make that final step up?

He is a fantastic footballer, not just a fantastic striker. He was great when we signed him, and he has improved. Grant Holt is having a great season in the Premier League and people are touting him for England. Rickie is a more complete player. 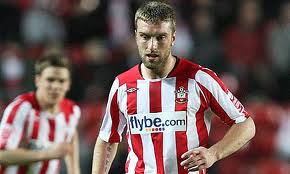 Who are you tipping to go up and go down this year?

I think Birmingham City or Leicester will win the play offs to join Southampton and Reading in the promised land. Doncaster, Coventry and Portsmouth (snigger) will go down.

Who should Reading fans fear on Friday?

Well apart from the obvious, Adam Lallana on his game is almost unplayable and Billy Sharp has started to chip in with the goals when Rickie decides to play provider. Sadly a nasty tackle in the derby put paid to Morgan Schneiderlin's season, the young frenchman is often overlooked as a Saints dangerman, but has been key to the way we play.

Also, we have Big Bad Jos who will be looking to get a grip of the Big Bad Wolf!

Who are Saints fans wary of?

I think we would be fools to not look at the quality throughout your side and know that this is going to be some test. Brian McDermott has proved that he knows how to win games at this level, so tactically it is going to be interesting. Traditionally we play better against the sides that take us on and play football. I'm a big fan of Karacan, so it is nice to know that like Schneiderlin he won't be involved. Jason Roberts looks to have been a revelation for you and physically I hope our centre halves are ready.

Any tips for Reading fans making the pilgrimage to St Mary's? 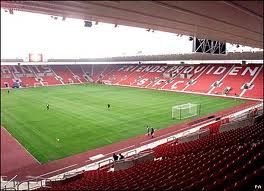 Yes. Enjoy it. Both clubs have earned the right to be competing for a place in the Premier League. Hopefully the atmosphere and the game will live up to the respective seasons we have had and we can toast a double promotion at the end of the season!

I have a feeling we might cancel each other out, and it could be nervy. 0-0. I told you I was a pessimist….