Share All sharing options for: View From The Town End - Nottingham Forest (H) 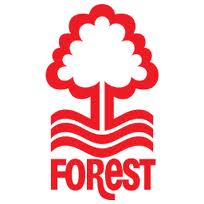 Game time is getting ever so close , could we be celebrating through the night by beating Forest and seeing West Ham slip up?

We've lurched from one disaster to another and are now in a position to be happy we're staying up - without wishing to sound like one of those 'we're bigger than that' kind of fans, given the nucleus of the squad available and the investment in the summer, I don't think it is unreasonable to have expected something more than that at the start of the season. It's been one to write off and forget about, and with the likelihood of new owners arriving over the summer, one to see us into a period of rebuilding.

Sccccchteve McClaren left early in the season after much fanfare and was replaced by Steve Cotterill around the same time you beat us 1-0 at the City ground, how do fans look back on the changes in management?

He's a man nationally caricatured by rhyming slang. It's just a shame he never took a trip down the Trent in a punt... as hapless as those that villify him would paint him, squandered money on faded heroes and injury crocks when his brief was to continue our policy of acquiring young players, has set us back literally YEARS given his departure also marked the departure of our owner as chairman. He of course tragically passed away later in the season feeling ostracised from the club he loved.

The 1-0 win was rather a flash in the pan as it transpired. We have obviously acquired a cheaper breed of incompetent manager in Cotterill who at last has dispensed with his agricultural (and being a west country fella, I suppose agricultural will always be his default position) stylings of football to have us actually passing the ball around nicely - and the results have followed. He's operated shrewdly in the transfer market and I must admit that I'm grudgingly starting to appreciate his good work, which - coincidentally or not - seems to have coincided with Sean O'Driscoll arriving on the coaching staff.

Any early thoughts on next season for Forest?

It's really impossible to predict - we have something like 8 players out of contract in the summer, and we have uncertainty over ownership that means we have absolutely no idea whether we'll be having a fire sale and replacing our players with cheap freebies, or renewing contracts of our better players and investing in building a competitive squad. The pessimist in me fears the former rather than relishes the latter. It's a tough time to be out looking for people who want to invest generously in a football club, I fear a season of struggle again.

Who are you tipping to go up and go down?

Hard to see past your good selves for automatic, and probably the title - and it's richly deserved. It looks like West Ham and Southampton might battle out the remaining spot, and despite myself I find myself hoping West Ham do it - because I seem to have developed a completely irrational dislike for Nigel Atkins! I do think that whichever of those two miss out will be strong contenders in the play-offs though, so Reading, West Ham and Southampton to go up. Doncaster are already doomed, and Portsmouth will undoubtedly go with them too. I think despite recent bravery and positive results that Coventry will be side the join them.

Who should Reading fans be wary off on Tuesday?

I would have said Garath McCleary but unfortunately he's suspended after the ridiculous FA decided not to rescind the red card he was wrongly shown at Peterborough. Adlene Guedioura - on loan from Wolves - has been a real bright spot of a tough season, Andy Reid might not have much pace but he can cause problems with his deliveries and the possibility of a performance from the oft-lethargic but sometimes-devastating Lewis McGugan could bear fruit for us.

Anyone Forest are concerned with?

Pretty much anybody if we're in 'Keystone Cops' mode in defence - we have tightened up at the back a great deal - but there's lots to worry about in Reading's line up - Kebe on the right might trouble our young left back, Hunt and Le Fondre know where the net is, McAnuff.. jeez, who AREN'T we concerned with would probably be a better question!

I think we'll put up a good fight, but faced with the clinical finishing of the home side and our own wastefulness succumb to a 2-0 defeat.