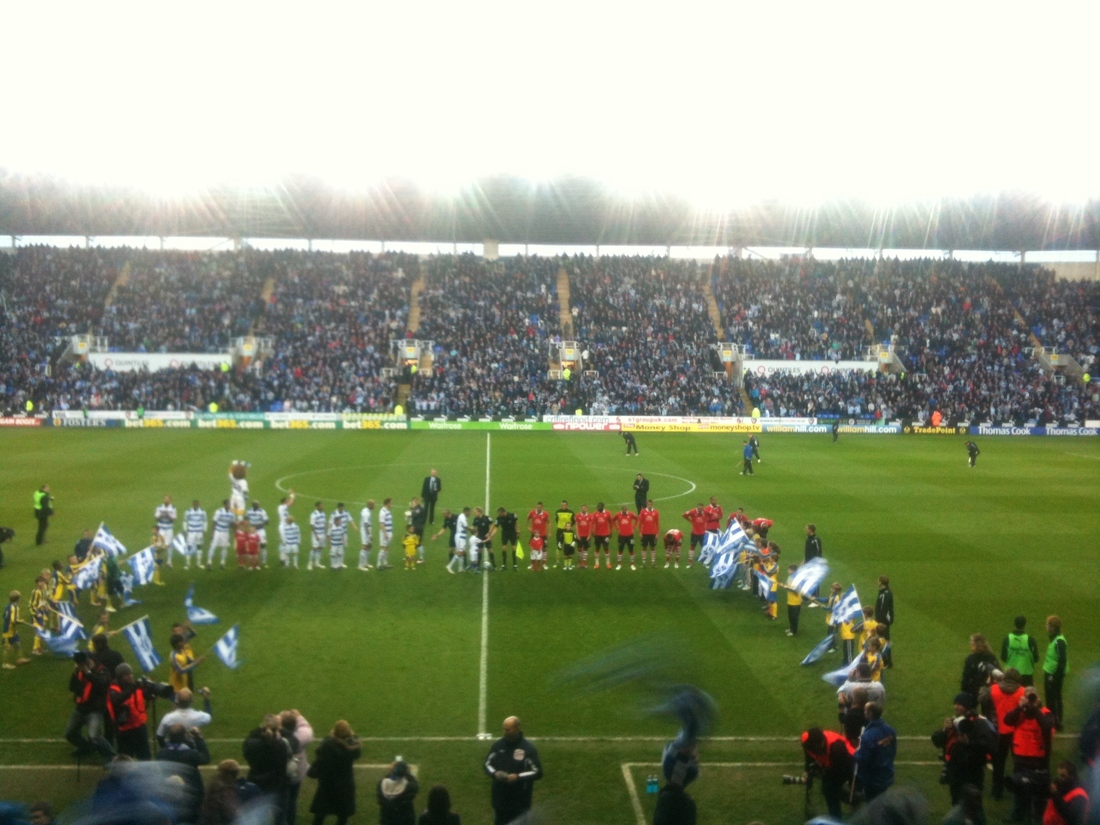 Well, don't know about the rest of you but I'm still on Cloud 10 yet alone Cloud 9.

Due to West Ham's slip up at Bristol City, Reading secured promotion back to the Premier League last night with a hard fought 1-0 win over Nottingham Forest with Mikele Leigertwood scoring the vital goal nine minutes from time. It marked a remarkable turnaround for a team that was a 14-1 shot to go up in December and had title odds of 150-1 and now Brian McDermott and his players can look forward to pitting themselves against Wayne Rooney, Sergio Aguero, Frank Lampard, Robin van Persie and Fernando Torres.

Reading knew going into the game that all they had to do was better West Ham's result to secure promotion, though their visitors Nottingham Forest also needed a result to make sure they couldn't make a late collapse into the relegation places.

Team wise there was a return for Mikele Leigertwood at the expense of Jay Tabb who missed out on the 16 due to injury with the rest of the squad unchanged from the 3-1 win at Southampton. That meant 2 goal hero Adam Le Fondre remained a substitute with Noel Hunt and Jason Roberts once again leading the line.

Despite being 18 places below the Royals in the table it was Forest who started the better side, controlling possession well and patiently probing looking for openings. It was a pattern that continued through most of a first half that was generally quite dull, though on the bright side a near 23,000 crowd helped create an electric atmosphere in the stadium, even the clappers weren't tooooo bad.

Reading did have the ball in the net midway through the first half as Noel Hunt's challenge with Lee Camp led to the ball hitting the bar and back to Roberts who put it in from a yard. Sadly referee Gavin Ward gave a freekick against Reading for Hunt's challenge and the goal was chalked off. Forest also had a great chance of their own but Federici was up to the task of keeping the scores level and at the break 0-0 seemed a pretty fair reflection of the game.

Second half and the nerves had begun to creep in around the stadium as Forest continued to retain possession well and frustrate Reading. Pre-match Forest fan Winnits had eluded to their better retention of the ball and this was certainly true last night as the home teams and fans began to get more and more wound up. It didn't take too long for Brian McDermott to change things as Noel Hunt was replaced by Adam Le Fondre and minutes later it looked as if Alfie would be the hero again when he got onto the end of a long ball and battled past the defender to leave him just Camp to beat. Le Fondre managed to beat the Forest 'keeper but saw his shot bounce agonisingly wide as you began to think maybe it wouldn't be our night.

With just over 15 minutes to go the crowd came alive as news filtered through that West Ham had only drawn at Bristol City. That meant all we needed was one goal to win promotion and 'One goal and we're going up!' rang out from all sides of the stadium.

As the tension continued to rise and Benik Afobe stripped and ready to come on, Reading won a free-kick on the left after Gunter fouled McAnuff. As he's done all season long Ian Harte put in a great delivery and Mikele Leigertwood bent his leg around a Forest player to make contact with the ball and send the ball past Camp to send the stadium crazy.

Eight minutes left and we still had to endure some nervy moments, not least when Alex Pearce had to clear Marcus Tudgay's effort off the line but the Royals held on and within seconds thousands of Reading fans had flooded the pitch, carrying off goal hero Mikele Leigertwood on their shoulders. The next hour or so was full of scenes never to be forgotten as the fans celebrated on the hallowed turf and the players emerged in the directors box and celebrated. 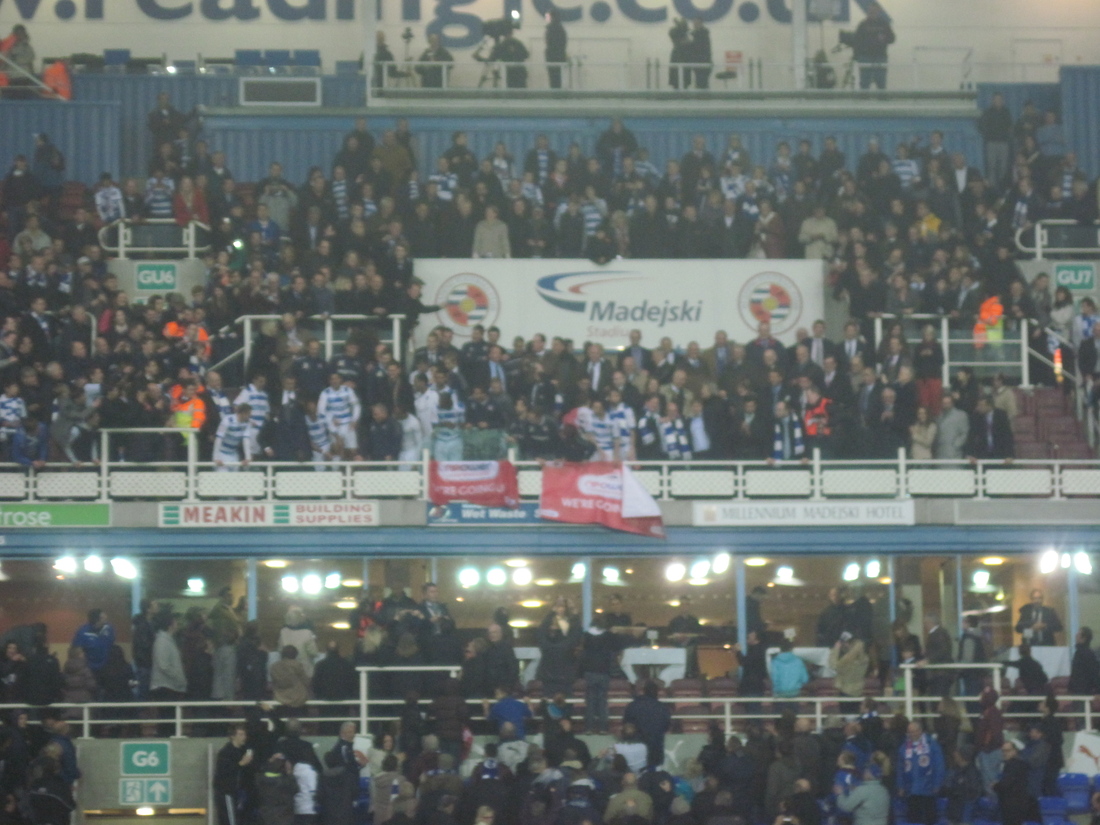 This was probably one of our worst performances of the season and Forest will feel hard done by that they've gone away without anything, a point echoed by Brian on BBC Berkshire after the game but then again who cares?! Getting over the finishing line is one of the toughest things to do in any walk of life and we've managed to do it with two games to go.

That means that Saturday's game with Crystal Palace now turns into an even bigger party but sadly even a win won't quite clinch the title as Southampton's win at Peterborough mean they are still three points behind us with two to go and a much better goal difference. The Saints don't kick off till after 5 on Saturday so we might well win the title while we're not even playing, or have to get a result up at Birmingham a week Saturday.

I'm off to buy just about every paper I can find but if you want to soak up some online reaction here's some match reports below.

Oh and we're after all of your promotion party pictures for a collage we'll be putting up tomorrow morning so get them sent to thetilehurstend@gmail.com plus any caption you care to add!

All that remains to be said is,

WE ARE PREMIER LEAGUE