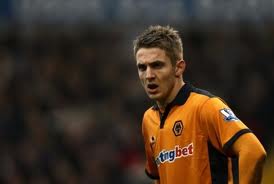 After the celebrations of Tuesday night the players still have the task of bring the Championship trophy home to the Madejski Stadium before the season closes a week on Saturday.

However fans and the media have already started to look at who might be arriving and departing the Madejski Stadium over the summer so here's the start of a weekly transfer rumour round up.

Let's start with those who might be leaving the club, specifically those who are out of contract this summer.

Howard barely featured in the opening weeks and  subsequently he was loaned out to Millwall where after a bright start he was limited to a spot on the bench.

Reading were attempting to negotiate a deal to ship him off but nothing went through by the end of the January transfer window or March loan window and the fact he couldn't get a spot in the squad despite our recent injury crisis says it all. It's hard to see him having a future here but we wish him the best in the future and hope he establishes himself elsewhere.

A young striker who despite now being 22 year old has never forced himself into the first team bar a couple of Carling Cup appearences. He was full of goals in the Reserves but he was never able to bring that form into the first team. He's been loaned out to 8 clubs in 4 years and never really made a consistant impact on the pitch. Bignall’s been the subject of a few problems off the pitch as well which can't have helped his cause and it would be a massive surprise to see him in a Reading shirt again.

The versatile 36 year old is the last regular member of the '106' team left at the club and his departure would signal a true end of an era.  Bryn has been a great servant to Reading Football Club and even though he's capable of playing across the defence or in the midfield, his age and niggling injuries have limited his first team appearances to a handful this season.

The Iclandic press are reporting that he's verbally agreed to linkup with his original club KR Reykjavik but it would be great to see him return to the Madejski one day in a coaching capacity.

Cywka joined on a sixth-month contract from Derby in the January transfer window but despite some early impressive cameos he found himself well down the pecking order until the recent Leeds inspired injury crisis gave him a first Reading start in the 1-0 win at Brighton. However he's gone straight out of the squad and if he isn't deemed good enough to get on a Championship bench you doubt he'll be near a Premiership one. Wouldn't totally rule out a new deal but I'd expect the former Polish U21 international to be plying his trade elsewhere next season.

One of Brian McDermott'sfirst signings, the 33 year-old has been a dependable presence in the back four over the past 2 and a half years but time seems to be catching up with the former Newcastle and Stoke man. He's been limited to emergency left-back duty since the emergence of Shaun Cummings and with Matthew Connolly also preferred it's been mostly reserve team duty for Griff this season. Mix promotion with the fact he's getting older and has his family still up North and it Griffin might just prefer a move closer to home to enjoy a couple more years of being a first choice full-back.

A £50k bargain signing from Carlisle two years ago, who'd have expected Harte to be a part of a team finishing 5th and then earning promotion? Despite some concerns with his pace, he's arguably got better as this year has gone on and seen off the challenge of Griffin and Joseph Mills to cement his place at left-back in the promotion winning side. He's publicly stated his desire for a new deal and I'd imagine he gets it.

Players linked with moves to the Madejski

With Promotion wrapped up the media have created stories regarding incoming transfers and other the last few weeks these have accelerated into overdrive with the Russian takeover on the brink of completion.

Björn Bergmann Sigurðarson is a 20 year old Icelandic international who plays for Lillestrøm in Norway. He is regarding as Iceland’s biggest prospect and has attracted interest from clubs all over Europe. According to reports we are leading the race to sign the 20 year old striker. He is most known for his pace but he lacks a finish! http://www.rb.no/lsk-magasinet/article6017040.ece (Translate to English from Icelandic) A YouTube video backs up the idea he has pace and the idea he lacks a finish: http://www.youtube.com/watch?v=TKd7tNlyTX4

Another player Reading have been tracking for a few years is Stuart Beavon, Stuart is 27 year old striker who plays for Wycombe Wanderers. During the January transfer window Reading were linked with the striker and last week the Daily Star http://www.dailystar.co.uk/football/view/246080/Reading-in-the-Hunt/ claimed we were still interested and were in a battle with Cardiff for his signature.

In the Daily Mail Reading have also been linked with former Manchester United man Kieran Richardson. Kieran currently plays for Sunderland as a left back or a left winger but his first team experiences this season have been limited since the arrival of Reading January target Wayne Bridge.

In the same article the Mail also speculates we're after Matt Phillips from Blackpool. The 21 year old winger has Premier League experience and is rated highly by Ian Holloway who came out in the press and said that he wasn't for sale but should they falter in the play-offs that could change.

Sky Sports claims that Reading and a few other clubs are tracking Fulham's Andy Johnson. His first team experiences have been limited this season and the former Crystal Palace, Everton and Birmingham striker could be lured to the Madejski Stadium as a partner for Jason Roberts.

The Daily Mirror claims that Reading are also monitoring the status of play-off final villain Stephen Dobbie. Stephen went up with Swansea last season after beating us 4-2 in the Play Off Final last season but has seen his first team chanced limited in a strong Swansea midfield and subsequently was offloaded to Blackpool where he has scored a handful of goals in a small amount of appearances.

The Daily Star is claiming that Reading will offer Wolves £5 million to bring Kevin Doyle back to club. Wolves seem destined for a return to the Championship but with Doyle under contract until 2015 they could be tempted to hold onto the striker to lead a charge back to the top divsion.

Talk Sport is also speculating that we'll try and bring Gylfi Sigurdsson back to Berkshire. Swansea would love to keep hold of the Iclandic midfielder while Newcastle are also in the mix. The biggest problem could be parent club Hoffenheim who have changed manager since Gylfi was allowed to go out on loan, with new supremo Markus Babbel keen to see the midfielder back in Germany next season.