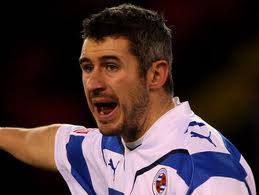 When the team is doing badly we can't wait to clear the decks and kick out players we don't think are performing, but when things are going so well, it's always that bit harder to say goodbye. Today Reading began the first steps towards building their 25-man Premier League squad by releasing 13 players, the most notable of which are defender Andy Griffin and midfielders Brian Howard and Tomasz Cykwa.

While none of the three featured heavily during our title run, all three made important contributions at some stage or another and it's only right to remember some of those good times as they depart with our very best wishes.

With the rampant success of this season it's easy to forget that Brian McDermott stepped into the manager's seat when things were looking very different at the club. Brendan Rodgers had been sacked just six months after Steve Coppell departed, the playing staff undergoing a massive overhaul and Reading were balanced precariously just above the Championship relegation zone. Shaun Cummings had been signed to play right back to replace Liam Rosenior but the former Chelsea youngster had his confidence ripped to shreds by Jerome Thomas in a defeat at West Brom and Reading were using the left footed Jay Tabb as an emergency right back.

Brian's first transfer move was to shore up this area by drafting in the 30 year old Stoke club captain to give us some much needed stability and experience. Griffin had been around the top two divisions for most of his career and his impact was immediate, putting in a series of confident displays that even had Reading fans singing 'Griffin for England'. With Griffin in the team, Reading eventually finished 9th and made the quarter-finals of the FA Cup, only to let a 2-0 lead slip against Villa.

With finances tight and Griffin having a young family up north there was some concern about whether the club could make the deal permanent in the summer. Thankfully Brian made an offer of around £200,000 that was accepted by Stoke and convinced the right-back to relocate down South and commute back to his family near Stoke, with Griffin signing a two-year deal at the Madejski.

The former Newcastle man was an automatic selection the following season, though missed a few games to niggling injuries which opened the door for Shaun Cummings to slowly rebuild his Reading career and prove himself a viable option. Despite the youngster's emergence it was the grizzled vetran that McDermott turned too as the Royals made a run into the play-offs and then to Wembley where Griffin would line up at right back.

Wembley was to be a low point for the defender, who never really got to grips with the pace of Nathan Dyer and Scott Sinclair. Griffin conceded the second penalty of the afternoon, converted by Sinclair as Reading slumped to a 4-2 defeat.

The former Portsmouth defender once again came into this season as the first choice right-back but struggled to stay fit in August and that coupled with the team's poor form and emergence of Cummings spelled the end of Griffin's time as a regular starter. Even so the 33 year-old still stayed fit and came into the side at the end of 2011 at left back when Ian Harte and Jospeh Mills were both out injured. Griffin put in a string of solid displays, with the team not conceding a goal in the last four games he played in.

At 33 and with Reading moving up a level it was always going to be difficult to justify giving him a new contract and a place in the 25-man Premier League squad, but that's not a knock on Griff, who is still more than capable of performing at Championship level.  He leaves the Madejski with a Championship winners medal and a legacy of being one of best loan signings of the last 20 years. 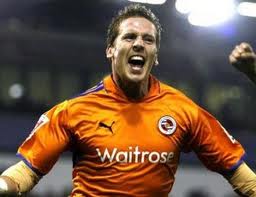 Howard didn't start a league game this season but like Griffin, he was a key part of a team that got Reading out of relegation trouble in 2010, and chipped in with some decent displays the following season as Reading got to Wembley.

Signed by Brendan Rodgers for a reported £500k from Sheffield United, Howard arrived at the same time that club legend James Harper departed to join the Blades on loan. He'd earned a reputation for being good with the ball and rose to national attention when his goal knocked Liverpool out of the FA Cup with Barnsley, while Reading fans remembered him more recently from his winning goal that dealt a massicve blow to Steve Coppell's automatic promotion hopes at the end of the 2008/09 season.

The former Swindon man played regularly under Brendan Rodgers and kept his place under Brian McDermott, who employed Howard as one of two holding midfielders behind Gylfi Sigurdsson as Reading stormed up the table. His best moment came up at West Brom in the FA Cup fifth round replay when he placed home a last minute equaliser in a game the Royals would go onto take 3-2 in extra time.

Howard also managed goals against QPR and Doncaster but the sale of Gylfi Sigurdsson limited his appearances the following season, especially once Mikele Leigertwood joined and the club played more 4-4-2 than 4-5-1. Howard was considered too lightweight to be fully effective in a two-man midfield and with Reading persisting with the formation into this season, Howard soon found himself loaned out to Millwall where he featured 12 times around the New Year. Most Reading fans expected him to leave on a full-time basis in the January transfer window but a move never materialised and the midfielder saw out his contract watching from the stands.

Like Griffin, his best year was his first year and had Sigurdsson not moved we could well have seen a lot more of the Winchester born man. Just 12 months ago he was linked with a move to Southampton while a return to Millwall or another former club Barnsley hasn't been ruled out either. At 29 he's still got something to offer and a fresh start should do him the world of good. 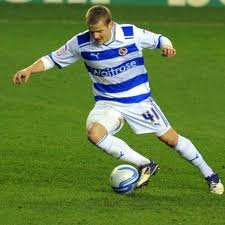 Poland's youngest ever U21 international was signed towards the end of the January transfer window on a free from Derby as McDermott looked to strengthen his options with injuries hampering the likes of Jimmy Kebe. A skillful player who could play on the wings or behind the striker, like Howard he never really had a set position in our usual 4-4-2 setup.

He did make an immediate impact though, winning a penalty on his debut as a sub against Bristol City, but when Kebe returned, Cywka was the odd man out and only played one game during the run-in, starting in our 1-0 win at Brighton.

Cywka turned down a long term contract in native Poland to come to Reading and the fact he was always traveling with the squad and was able to come in and make a start at Brighton shows how hard he worked during a very breif time here.

Whether he moves back to mainland Europe or stays in the UK isn't certain but he'll always get a warm round of applause on his returns here.

With so many youth players coming through each year it's only natural for some to not quite make the grade but many of the above names could well end up with another club in the Football League.

Frenchman Baseya looks like a bit of a long-shot after failing to impress since joining on a free at the start of the year, but Jack Mills, David Murphy and Carl McHugh have all played for their country at youth level, while Jacob Walcott was praised by local fans during a spell on loan to Telstar in Holland in 2011 and Simon Locke has semi-pro league experience at Basingstoke.

Cameron Edwards came over from Australia and has already played in the A-League while Ethan Gage has played for Canada's under 20's and won their player of the year award for 2010.

While you never hope that the club makes a mistake it would be nice to see those guys pop back up again in the newspapers and join the likes of Charlie Austin, Adam Lockwood and Scott Davies who all forged league careers for themselves after leaving Reading as youngsters.

In more positive news, Reading have also entered negotiations with ten players regarding extending their stays at the Madejski, with Ian Harte and Brynjar Gunnarsson the most notable in that group. Hopefully both will come to terms and can have one last shot at the Premier League.

For those that have left the club, we say best wishes and the very best of luck.... unless you're playing against Reading.