Nicky Shorey Rejoins as Reading go (Left)Back To The Future

Share All sharing options for: Nicky Shorey Rejoins as Reading go (Left)Back To The Future

As reported earlier by both Tommy and Jonny, Reading have confirmed the signing of left back Nicky Shorey on a free transfer, beginning a second spell at the club for the twice capped England man.

For most fans Shorey needs little introduction, afterall he played nearly 300 times for Reading and since leaving the Madejski Stadium in August 2008, has gone on to play for a string of Premier League teams including Aston Villa, and West Brom not to mention loan spells with Fulham and Nottingham Forest. It's fair to say he's one of, if not our greatest ever left back and I'm delighted we've managed to get him back to the club.

However, some fans have raised questions remain about the way he left the club, his lack of regular playing time elsewhere and question why we've signed someone that's 31 when the current left-back is 34.

So should we get ourselves all excited at the return of an international quality left back, or should we be rather more tempered with our excitement? We'll try and answer that after the jump.

If you ever need reminding of just how far we've come as a club in such a short space of time, then look at Nicky Shorey's career.

The Romford born defender joined Leyton Orient as a youngster and after handfull of appearances was snapped up by Alan Pardew in 2001 for around £25,000, having been watched by then chief scout Brian McDermott. At the time, Reading were locked in a Division 2 promotion battle that included Wallsall, Rotherham and Millwall, one which Reading would go onto lose via a Play-Off Final in Cardiff.

Still just 20 going into the following season, Shorey initially started as backup to Matt Robinson, making his debut in a 4-0 league cup win over Luton. Two goals from Darius Henderson and one each from Alex Smith and Phil Parkinson saw Reading advance. Shorey's league debut couldn't have come in a worse game, as an stuttering Reading side were humiliated 3-1 by Swindon at the Madejski leading some fans to call for Pardew to be sacked. Shorey wouldn't become an established regular on the teamsheet until the winter where he formed an excellent partnership with veteran John Salako as Reading earned promotion back to the second tier with a final day draw at Brentford.

Shorey made the step up to the Championship look easy, being a regular over the next four seasons under both Pardew and Steve Coppell. Shorey was known for his overlapping runs and sweet left foot, not to mention a good free-kick that helped him chip in with nine goals. The 2005/06 season saw Shorey play 40 league games as Reading stormed to the Championship with 106 points and he also won a place in the PFA team of the year. His linkup play with Bobby Convey was simply awesome to watch and his distribution was top class as Reading made it look so so easy.

The following year was just as good for Shorey, who played in all but one game as Reading finished eighth in their first ever season in the Premier League.

His form at club level had regularly led fans to chant 'Shorey for England' and that became reality in the summer of 2007 as Shorey featured twice for Steve McClaren's England side, against Brazil and Germany to become the first post-war player to be capped by England while playing for the club.

Sadly the summer of 2007 was about as good as it got for Shorey who was increasingly linked with a move away from the Madejski, with West Ham rumoured to have had a £4m bid rejected. With just two years left on his contract, both the player and the club continued to make noises about coming to an agreement over a new deal but nothing was ever done and the situation wasn't helped by both Shorey and the team struggling on the pitch.

People have regularly stated that he sulked through that season because he never got a move and I wonder if that's totally fair on a player who still played every week and wasn't the reason we went down (a complete lack of goals being mostly to blame). I can't deny that he had a down year and as Dave Kitson has admitted (in an interview now mysteriously cut down by 12 minutes....), players heads were turned, but did the hate go to far?

As we all know Reading were relegated and very few expected Shorey to remain at the club. Sadly for both parties no deal was reached with any club until the season had started so that left a 'lame duck' Shorey around the club training with a squad and being visible to a fanbase that knew he would be leaving. The move eventually came to Aston Villa for a fee believed to be around £3.5m. On leaving the club Shorey even predicted he might return one day and tried to explain his exit.

"One day in the future I'll be coming back, either against Reading or, you never know, I could be coming back [to play] with them."

"I just felt that I didn't want to look back at my career after I retired and think I had a chance to go somewhere and try something new but turned it down, I would have regretted that."

Shorey initially enjoyed a decent run in the side at Villa Park, getting to play regularly in both Europe and in the Premier League as their first choice left-back. However Shorey lost his place in the team around December, with natural right back Luke Young installed above Shorey on the left and Shorey would only play in one Premier League game over the next four months before earning a run in the team right at the end of the campaign.

The former Royal then started the first few games of the following season but Villa's signing of Stephen Warnock signalled that he was no longer wanted with Shorey told he could leave the club. He nearly joined Portsmouth on deadline day but the move collapsed at the final minute with Shorey apparently refusing to sign unless he was guaranteed first team football,something Portsmouth refused.

Just 18 months after playing against Brazil at Wembley, Shorey found himself back in the Championship, sent out on loan to Nottingham Forest. Shorey seemed a rejuvenated man at the City Ground, and with Forest didn't lose a game Shorey played in, keeping five clean sheets in nine games. His final game was against Brian McDermott's Reading, but Shorey would be sent off for the second time in his career after fouling Jimmy Kebe in the box.

Forest wanted to keep Shorey but he elected to go out on loan to Roy Hodgson's Fulham side and played regularly as they comfortably survived relegation and made the Europa League final, although Shorey couldn't feature due to being cup tied. 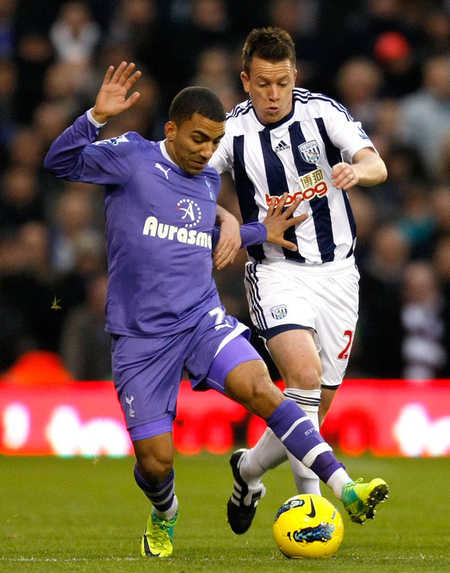 Shorey didn't stay with Fulham though, joining West Brom for around £1.3 million in the summer of 2010. Shorey once again did well at his new club, playing 30 times for the Baggies who stayed up partly thanks to the influence of Shorey's boss at Fulham, Roy Hodgson, who took over From DiMatteo fairly early in the season. He was in and out of the West Brom side for most of last year but still managed to clock up 25 Premier League appearances, not too shabby at all.

In my mind it would be stupidly harsh to judge a player based on a few rough months at the end of a wonderful seven years at the club. Shorey wasn't the only player to have his head turned during the end of Coppell's time at the club and to dismiss him as a player because of that would be foolish. He didnt enjoy the best of times at Aston Villa but the fact he snubbed a move because he wouldn't be playing every week is something to be respected rather than frowned upon. If you take out his rocky year with Villa, Shorey has averaged close to 30 games a season in the Premier League with Reading and West Brom and his experience will be a good asset to the squad.

In his interview with the club today Shorey has made all the right noises and admits he's got some making up to do to the fans. While it's easy to dismiss this as all PR and spin, it would have been easy for Shorey to skirt around the issue and it's good he's at least acknowledged the situation straight away.

Some people have said 'you should never go back' particularly referencing Dave Kitson and Glen Little's ill-fated loan spell as Reading utterly collapsed at the end of the 08/09 season. To me there's something quite different about the return of a player who's hasn't been with the club for 4 years and has played regularly at the top level compared to an injury ravaged winger and a striker who's admitted he was all over the place mentally after a disastrous move to Stoke. While I don't expect Shorey to be winning another England call-up it's worth noting that Reading have had returnees do well, most notably former Captain Ady Williams who came back to the club after 3 years at Wolves and Trevor Senior who returned to Berkshire after lacklustre spells with Middlesbrough and Watford. 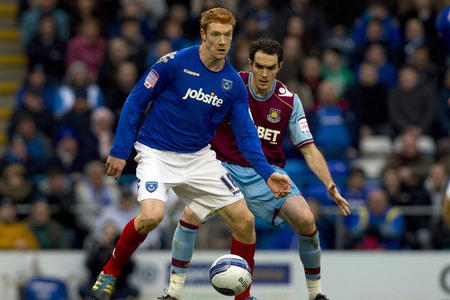 The other main concern has been that Shorey isn't a significant upgrade on our incumbent Ian Harte, who is only a few years older than the returning hero. While Shorey isn't lightning quick he is certainly more mobile than Harte, while both have a good record from set pieces. The former Villa man isn't quite up to Harte's standard in that department but then very few people are. However as much as people have been right to laud Harte, let's not forget this is the same man that was utterly destroyed by Swansea's wingers at Wembley a year ago and who spent 3 months in the wilderness at Reading after a dreadful start to last year. I like to hope that was a blip but it can't do a any harm to have another experienced and tested left-back at the club. Shorey has signed on a free transfer and has just one year guaranteed on his deal so it gives him every incentive to earn that second year and limits the risk for the club if things don't go well.

So after all of the above, where do I think Shorey fits in? I'm going to be bold here and say that I think we'll see Shorey comfortably pass the 300 games for the club mark and feature in the majority of our Premier League games next season. Ian Harte has done tremendously well for the club in the last two years but my head says there's no way he's going to be able to survive against the very best wingers next season. For a long time people have maintained that Harte's attacking value has compensated for a slight weakness defensively but Shorey almost replaces the set piece worry and is far more mobile defensively. Nicky knows the club, the manager and if there's anywhere he'll recapture his best form it's back in Berkshire.

I can't wait to see him back in action and I'm hoping that this time he'll end his career with the club in the best possible way and rightly take his place among the most legendary of Royals.

Please let us know your thoughts below.